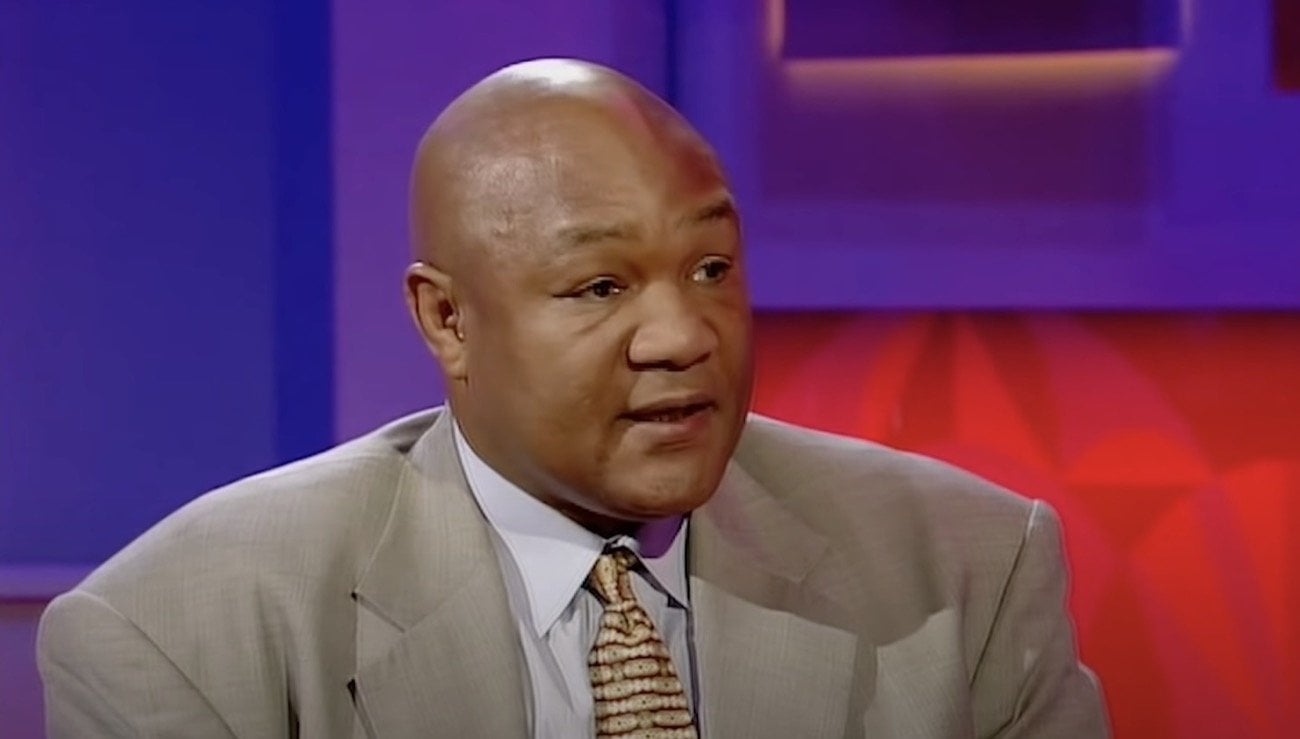 One of the greatest, one of the most awe-inspiring moments in all of boxing took place in Las Vegas on this day back in 1994. Fight fans the world over loved “Big” George Foreman then, and they love him today. Michael Moorer, the defending WBA/IBF heavyweight champ (who had made some history of his own, this by becoming the first southpaw heavyweight champ ever with his upset win over common opponent Evander Holyfield) must have felt quite unloved as the crowd settled in for the fight that was dubbed “One For The Ages.”

Foreman, who knew he was getting his third and final chance at regaining the heavyweight crown (if you count his WBO title challenge of Tommy Morrison), had whipped his 45 year old body into fantastic shape and, with Angelo Dundee assisting him, and with Foreman wearing the trunks he wore when he fell to the one and only Muhammad Ali all those years before, the stage was set. Foreman was giving away almost 20 years in age and some people felt Foreman would have trouble with Moorer’s southpaw stance.

But Foreman liked the way Moorer – who felt he could score the dramatic KO – was willing to stand in front of him, in harm’s way. Moorer, not listening to trainer Teddy Atlas (who had had a brief spat with Foreman in the run-up to the fight; Teddy shoving George, who told Atlas to “go get me a sandwich and sit down!”) let Foreman in. And after losing so many rounds and being behind on all cards, Foreman struck. Moorer was in touching range and Foreman, reaching back in time, conjured up the power of his younger days and blasted Moorer’s less than granite chin with a sledgehammer of a right hand.

Moorer toppled over, almost in slow-motion. “It happened!” bellowed Jim Lampley, as a bloody-mouthed Moorer failed to rise, his eyes looking clear (indeed, after the fight, some fans felt Moorer had taken a dive; some even writing into the boxing magazines of the day expressing their belief – talk about trying to take a great fighter’s great moment away from him). Foreman knelt in prayer in a corner. Roy Foreman fainted right there in the ring. Maybe some fans collapsed in sheer amazement themselves.

It was a magic moment, an historic moment. Foreman’s come-from-behind KO of Moorer is a knockout that never gets old. Watch the KO today and you still get a buzz, a thrill. If only Foreman had retired right then and there. Now a two-time king and a man who had made good on his goal, Foreman had nothing else to prove.

9 thoughts on “27 Years Ago Today: “Big George’s” Miracle Win Over Moorer; A Knockout That Never Gets Old”