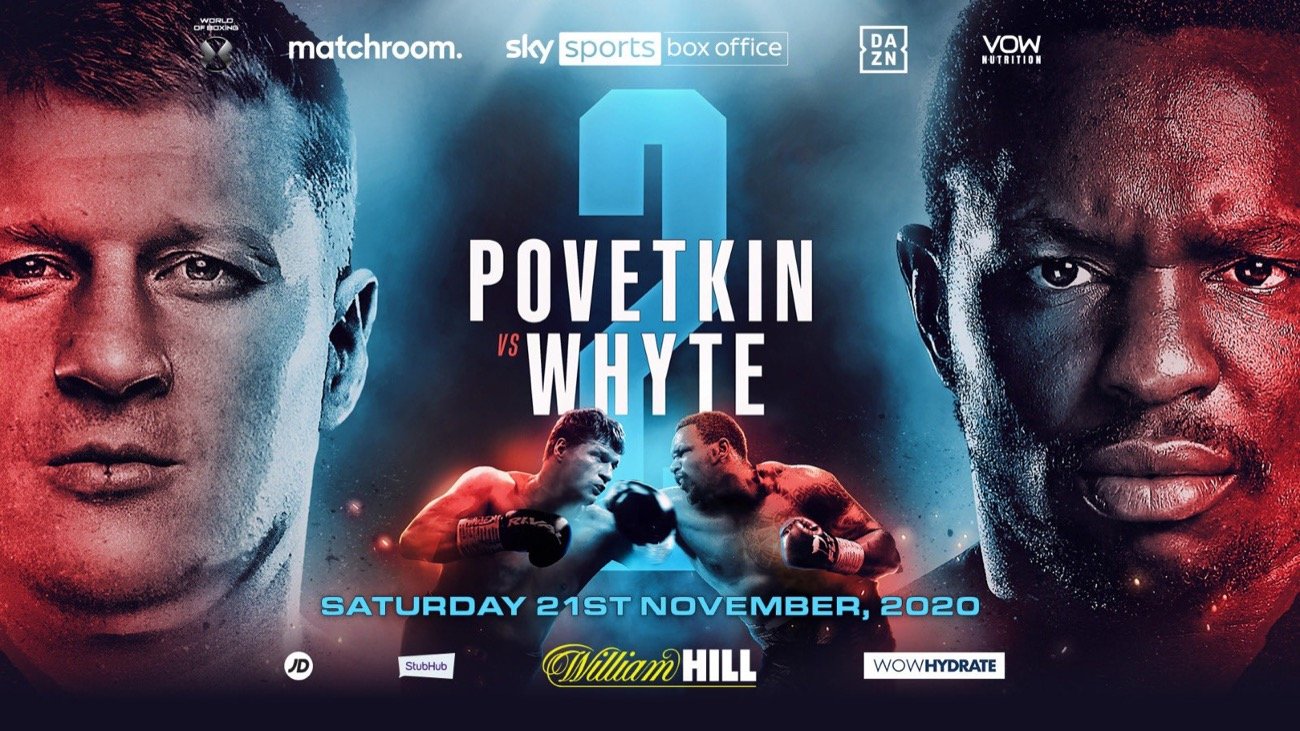 ‘The Body Snatcher’ targets knockout revenge over ‘Sasha’: Dillian Whyte has an immediate opportunity to exact revenge over Alexander Povetkin on Saturday November 21 as the Heavyweight rivals collide in a blockbuster rematch, live on Sky Sports Box Office in the UK.

Whyte (27-2, 18 KOs) was sensationally knocked out by Povetkin (36-2-1, 25 KOs) as the Russian viciously halted ‘The Body Snatcher’s’ World Title ambitions in the finale of Matchroom Fight Camp in Brentwood, Essex, last month.

Brixton’s Whyte had completely controlled the fight, flooring his opponent twice in the fourth round, but was smashed by a perfect left uppercut 30 seconds into the fifth that ended his hopes in a flash.

The 32-year-old will be hoping to regain his Mandatory position for the WBC Heavyweight World Title by levelling the score with Povetkin in what is the most important fight of his career to date.

“I’ve rested well, spent time with my family, and now that the date of the rematch is known, I will soon return to my training camp and prepare as thoroughly as I did for the first fight,” said Povetkin. “As I said before the first fight and after it too, Dillian Whyte is a good, strong boxer. I will be ready to enter the ring on November 21. I hope it will be another beautiful fight for the fans.”

“I’m over the moon to have the rematch,” said Whyte. “As soon as I got out of the ring, I was looking for confirmation that the fight would be on. I can’t wait to get back in the ring and get back what is rightfully mine. I’m looking to do what I said I would the first time and that’s beat Alexander Povetkin.

“There won’t be any major adjustments, but I just need to be more switched on and not get distracted. He was able to use his experience against me. I will be a lot more focused and sharper in the rematch. I’m coming to win and knock him out. I’m coming to even the score and the only way to do that is by knocking him out.”

News:
Callum Smith Confident He Will Beat Canelo: At 168 I Can Beat Anybody
Follow @eastsideboxing