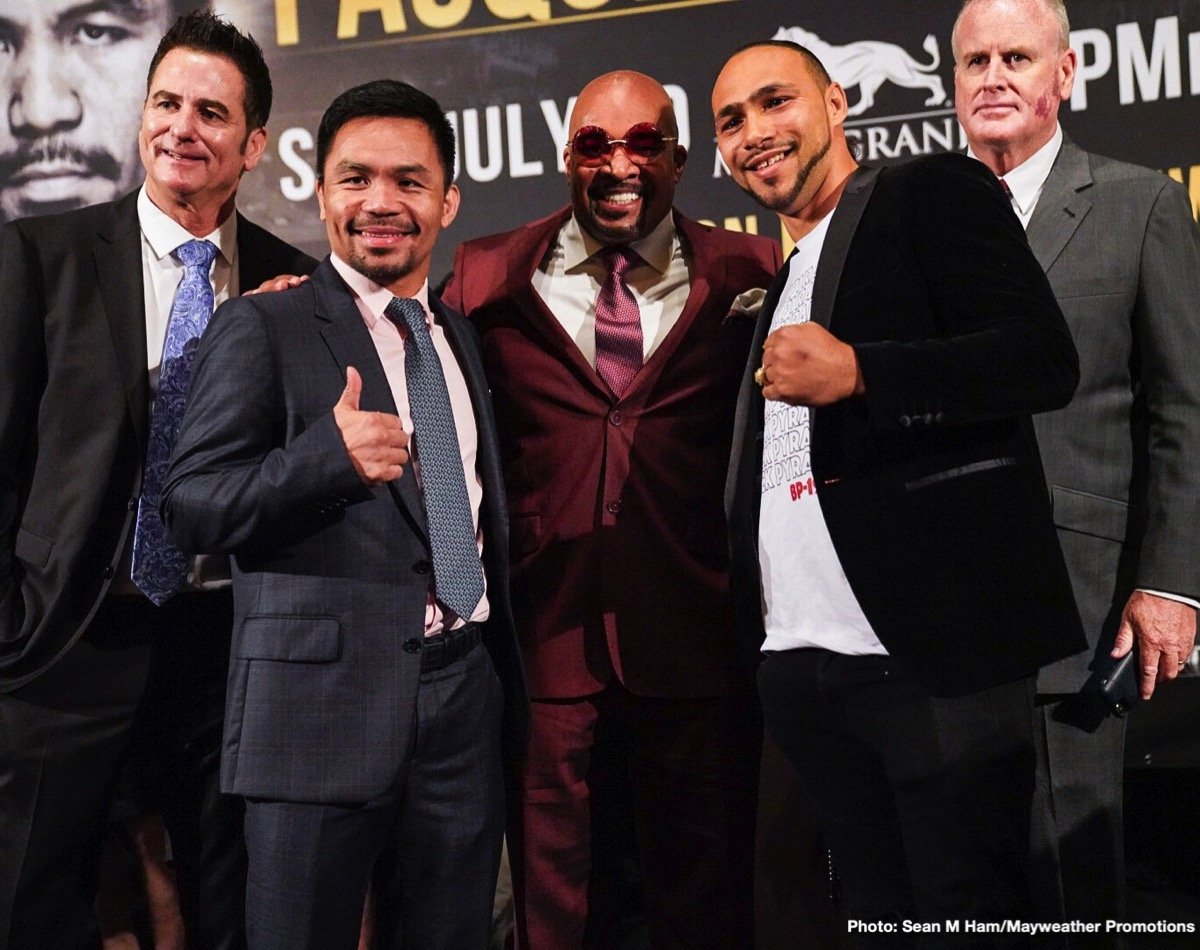 Miguel Cotto, in 2009, and Lucas Matthysse, in 2017 – these are the only two men superstar Manny Pacquiao has managed to KO or stop in his last 16 fights. Yet despite this, and amid concerns from some that the fighting senator has lost his ‘killer instinct,’ Sean Gibbons, Manny’s advisor, says the knockout will come on July 20th in Las Vegas, and that it will be Pacquiao who scores it.

Keith Thurman – a man who may or may not have retirement on his mind; his own should he lose, and Pacquiao’s should he lose the upcoming fight – has gone further, saying he will “crucify” Pacquiao, in the process starkly reminding him that he is, after all, 40 years of age. But fans seem split as to what will actually happen in the ring when the WBA welterweight champ defends his belt against secondary WBA titlist Pacquiao.

Gibbons sees a late stoppage win for his man:

“In the later rounds, yes, the tenth round,” Gibbons told The Manila Times. “The senator has been fighting for 24 years. Many have talked smack about making him disappear and many have failed.”

Pacquiao, who says he will retire on his own terms, says he has not felt so good, so motivated for a fight since his monster breakthrough win over Oscar De La Hoya back in 2008. Thurman says he will be carrying none of the rust he had to contend with in his return fight with Josesito Lopez in January and that this will be bad news for Pacquiao.

In truth, a KO win from either guy seems somewhat unlikely. Thurman is no one-punch bomber (just two stoppage wins scored over the last five years, and these being corner retirements), while Pacquiao’s recent KO percentage has been dismal. We can, however, expect a good fight, one that sees a high punch output from both sides.

And never mind what happens to the loser; fans want to see where the winner will go. Into yet another super-fight, perhaps – maybe one with either Errol Spence or Terence Crawford?