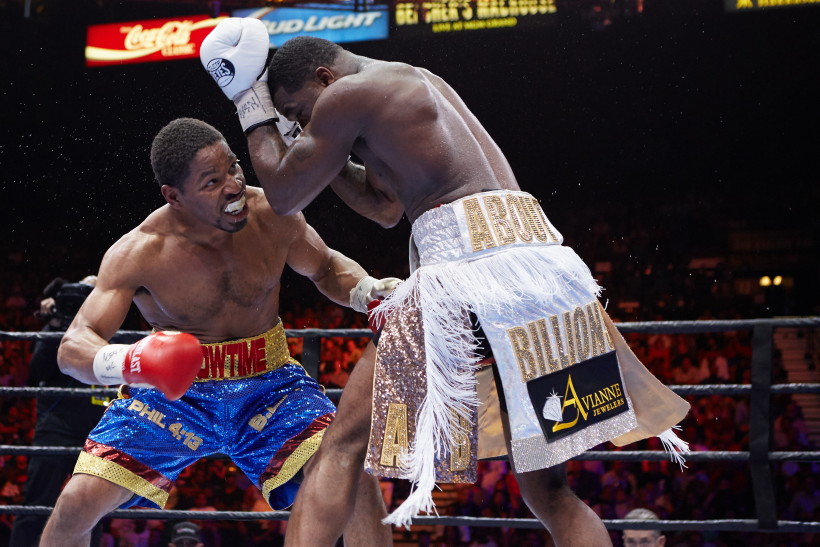 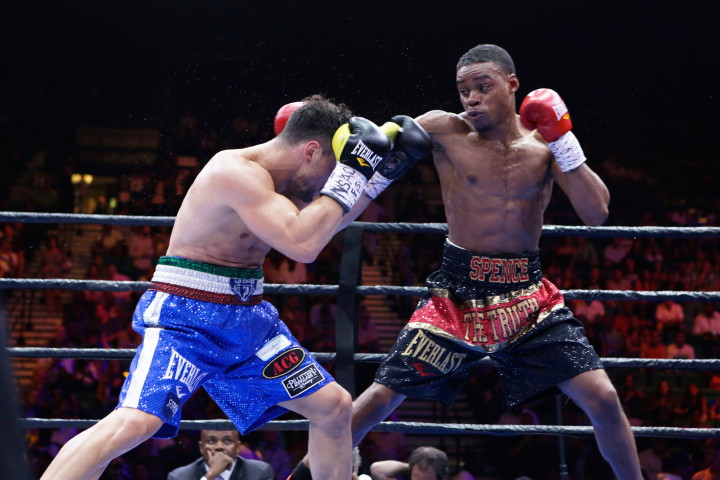 (Photo credit: Suzanne Teresa/Premier Boxing Champions) Shawn Porter (26-1-1, 16 KOs) conquered Adrien “The Problem” Broner (30-2, 22 KOs) by a 12 round unanimous decision in a spirited fight on Premier Boxing Champions on NBC from the MGM Grand in Las Vegas, Nevada. Porter may not have had the talent that Broner had, but his tremendous heart, aggressiveness and high work rate proved to be too much for the 25-year-old Broner to deal with.

Porter literally had Broner holding and running for 12 full rounds. The one bit of success that Broner had came in the 12th round when he caught Porter with a left hook and dropped him on his backside. The knockdown proved to be just a fluke thing because Porter regained his equilibrium and finished the round strong.

He’s one of the brightest prospects in the whole of boxing, yet undefeated American welterweight Errol Spence Jr, who was due to face Roberto Garcia on Saturday’s PBC Porter v Broner under card, is now facing a late change of opponent thanks to Garcia withdrawing from the contest at short notice late Wednesday.