It’s proven so, so hard for a number of great fighters to exit the sport on a win. So often we’ve seen legends battle on for too long; taking that ‘fight too many.’ Sadly it happened to at least three of the immortal heavyweights featured in the now 30 year old “Champions Forever” video tribute (still a fantastic watch a full three decades on).

A long 45 years ago today, a young and undefeated fighter from Texas named George Foreman met a near 3-1 betting favourite in the form of the likewise unbeaten “Smokin’” Joe Frazier, as the Philadelphia warrior attempted to defend his world title for a fifth time.The two punchers met in Kingston, Jamaica in a bout dubbed “The Sunshine Showdown,” and those fans who witnessed the fight saw a shockingly violent affair, where the 24-year-old challenger with the 37-0 record utterly annihilated the 29-0 world ruler.

As per a piece on Yahoo! Sport, Joe’s daughter, Weatta Frazier Collins has started a petition to re-name Glenwood Avenue in downtown Philadelphia as Joe Frazier Boulevard. Already the petition has almost 6,000 signatures – 5,800 in all.

Joe Frazier’s loss became Laurence Tureaud’s gain. According to Sylvester Stallone, the legendary former heavyweight king was all set to take the part of Clubber Lang in the third installment of the fantastic “Rocky” series, only for “Smokin’” Joe to suffer a flashback in pre-movie sparring with Sly, hitting him with a shot that opened up a nasty cut, requiring six stitches. 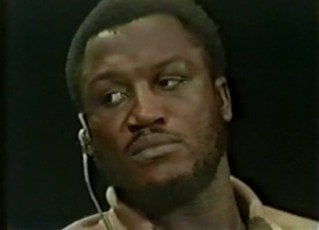 Heavyweight legend Joe Frazier would have been 73 years old today, January 12. Yet, sadly, as we all know, “Smoke” passed away in November of 2011 after a battle with cancer. As we all know? Well, the folks at Fox Philly certainly don’t appear to know that Joe has been dead for over five years, not if their morning broadcast from earlier today is anything to go by.

Imagine how highly heavyweight warrior Joe Frazier would be rated today if he had retired after he had, as he himself put it, “closed the butterfly’s lips” in March of 1971. Often in boxing, it’s crucial, legacy-wise, how a fighter leaves the sport. Too often a once indestructible fighting machine becomes a mere mortal due to the passing of years and the number of hard fights endured.

But heavyweight legend Joe Frazier – who sadly passed away five years ago today – was never going to call it a day after scoring the biggest, most impressive win of his entire career. It was of course March of ’71 when Frazier met Muhammad Ali in a Fight of The Century that lived up to ALL the hype and its lofty billing, and Joe, then aged 27 and at his blistering, unstoppable peak at 26-0 as a pro had truly conquered the world. Why – how – could he possibly walk away?”Smokin’” Joe had plenty of fight left in him, even if the titanic battle with Ali had taken its toll.

Philadelphia, PA (September 1, 2015) – XFINITY Live! Philadelphia is set to unveil a new 12-foot bronze statue commemorating Joe Frazier, one of the most iconic Philadelphia athletes in history, during a free, open-to-the-public ceremony at XFINITY Live! on Saturday, September 12 at 1 p.m. XFINITY Live! and Joe Hand Promotions were the lead contributors for this memorial.

Recognized as sports television’s best storyteller and the leading TV platform for boxing, HBO Sports presents five of its acclaimed boxing documentaries on consecutive Thursday evenings this summer on HBO2. Featuring HBO Sports’ trademark blend of unseen archival footage, home movies, revealing interviews and unique storytelling, the festival launches June 26 with the powerful ALI-FRAZIER I: ONE NATION… DIVISIBLE and concludes with the celebrated 2013 presentation LEGENDARY NIGHTS: THE TALE OF GATTI-WARD.