You know the rest.

It was 46 years ago today when titans, Muhammad Ali and Joe Frazier settled their brutal, thrilling, never-to-be-forgotten rivalry. It was Ali Vs. Frazier III: The Thrilla in Manila. All these years later, and NO heavyweight fight has ever topped the all-out war/slugfest/fight of a lifetime that took place inside that sweltering arena. 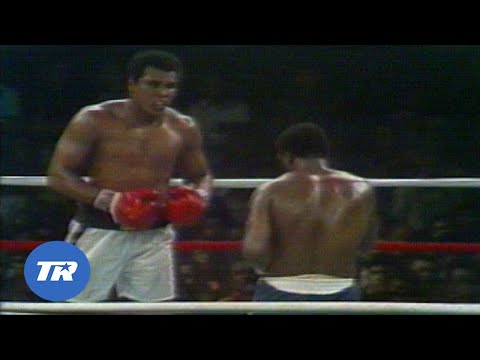 “Sit down, son, it’s all over. But no-one will ever forget what you did here today,” so said legendary trainer Eddie Futch as he made the decision to pull his warrior out of the fight (Futch’s legendary status helped a good deal by his brave actions at the conclusion of that savage 14th round). And, no, no-one who saw the epic battle between the two greatest big men of their time has ever forgotten.

Sadly, the number of people who were there that day, either working the fight or sat at ringside, has diminished quite a lot these past few years. Ali and Frazier have of course both passed away, as has Angelo Dundee, and Futch, and George Benton, and Ferdie Pacheco, and Don Dunphy, who called the fight, and writer Mark Kram, who perhaps wrote the finest book ever on this fight – “Ghosts of Manila” being a sensational and powerful read.

But Jerry Izenberg, who covered the golden era and writes about it in his book “Once There Were Giants,” is still very much with us. Izenberg, now a sprightly 91, has no doubt at all: The Thrilla in Manila is the single greatest heavyweight fight of all-time. Jerry was there, engrossed in the super, super-fight; while also being at times both shocked and disturbed by the sheer violence that was playing out before him. It was, for some people, too tough, too hard, too damaging a fight to watch, let alone enjoy.

Yet Izenberg explains how special the fight was and how special it remains. Jerry was kind enough to speak with this writer about Ali-Frazier III and how much the fight means to him personally.

“I will tell you the truth – that is the greatest heavyweight fight ever held on any continent, in any place, anywhere,” Izenberg says of Ali-Frazier III. “Joe Frazier and Ali, not [fight] one, but three; the best ever. Jerry Lister and I, we’re sitting side by side at the fight, and during the tenth round, I turned and I said, ‘Jerry, they’ve got to stop this fight.’ He asked me, ‘What do you mean?’ I said, ‘They ought to stop it and tell them they both won and send them home! Because there can be no loser in this fight.’ And there was no loser. You know who decided that fight – God.

“I don’t pay much attention to the judges’ cards, I don’t. One reason is, sometimes they don’t see the body blows. Going into the last round of Ali-Frazier III, I had Ali ahead by a point. That means, if Frazier wins a round, it’s a draw. If Frazier knocks him down, Frazier wins the fight [by decision]. But there was no fifteenth round. I had it that close, absolutely. It was like looking at a financial graph: up and down, up and down. Ali’s up, Frazier’s down, Frazier’s up, Ali’s down….. It went that way from the third round on. In the beginning, he [Frazier] could have been knocked down. I’ll tell you something your readers maybe don’t know. 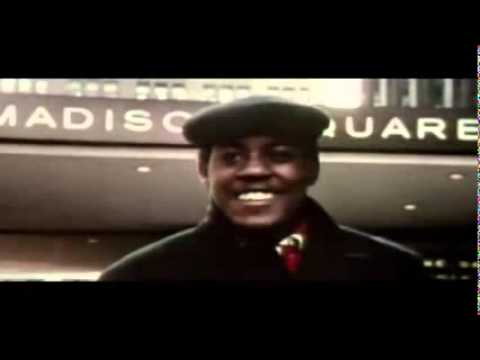 “Ali said to me he never talked in the ring. I said to him, ‘You don’t even know what the hell you’re talking about!’ And I was right, I heard him. So now, in the middle of this fight – they had brought in George Benton, the great middleweight, to help train Frazier, and I had said to Joe that if his right shoelace came loose, he would trip and fall because he couldn’t even tie his laces with his right hand – Benton was brought in to teach him how to throw a right hand. And Eddie Futch said, ‘I don’t care if it’s a pitty-pat right hand, I don’t care if it’s missing. I want Ali, who thinks about everything, to know there’s a right hand in the game now.’

“So Frazier was getting closer, and all of a sudden in the sixth round, Frazier hits Ali with a right hand. Ali shouted, ‘You can’t do that, you ain’t got no right hand!’ And then, bang, he hits him again with another right. Joe said, ‘Go ask Georgie Benton.’ They were stood yelling at each other in the ring. It was a life and death fight, it really was. The whole mystery, the whole key to the mystery of Frazier and Ali and why they fought such great fights, is this – they always fought for the territorial imperative. They always fought for the geography of the ring. Frazier wanted the ring to be nine-feet, Ali wanted the ring to be nine miles. And if Frazier could take command and bull him towards the ropes, he could win. If Ali could move and make Frazier dizzy and use the entire ring , he could win. And nobody ever really won it clearly. It went up and down, up and down.

“Who knows if they didn’t cut the gloves off [after the end of round-14 in Manila]. I know Joe couldn’t see much, but one left hook, and who knows? So I don’t think their rivalry has ever been settled. Today, they’re even as far as I’m concerned.”

And there will never be a heavyweight rivalry to rival Ali Vs. Frazier. Neither will there likely be a greater heavyweight fight than The Thrilla in Manila.

12 thoughts on “The Thrilla In Manila: Still The Greatest!”