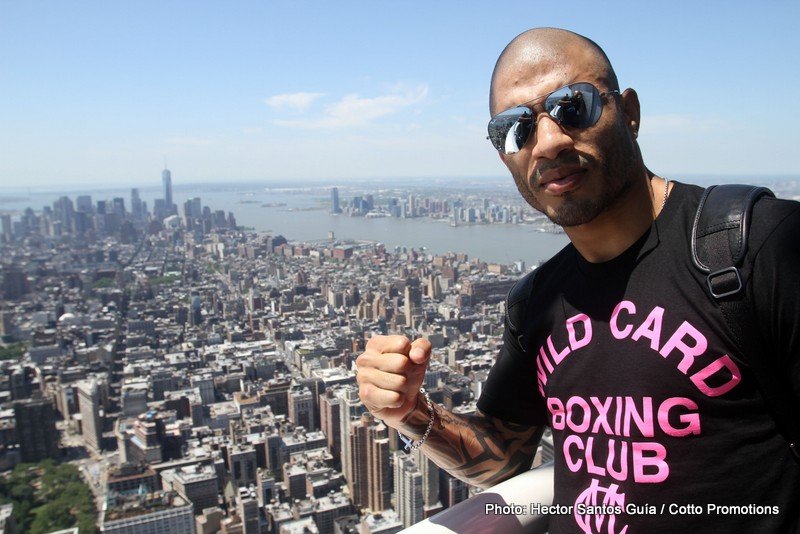 “Both are excellent fighters. And most have Martinez winning this match. And no disrespect to Sergio – who I love, but are you kidding me? How can I not root for my fellow Boricua?!  I’d be run outta town! Win, lose or draw, Miguel Cotto!”
–       Rosie Perez 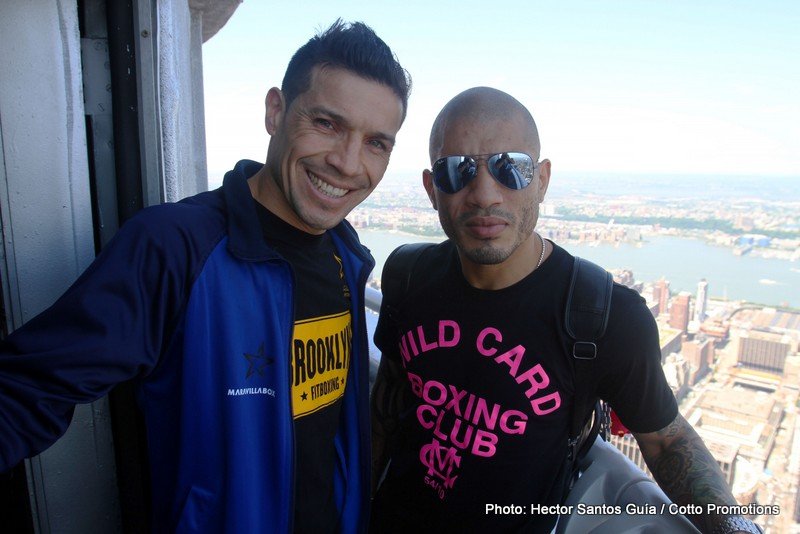 So many questions linger in the lead up for the HBO PPV battle between Miguel Cotto and Sergio Martinez broadcasting live from Madison Square Garden this Saturday night.

Will Cotto’s face hold up under constant fire from accurate combination punching of Maravilla? Can Martinez make it through a whole fight without his knee flaring up? Is Sergio Martinez’s career already Hall of Fame worthy or does he need to secure a win against Miguel Cotto to help him get over that hump?

Age is more of a factor for Sergio but physically even with Martinez’s recent string of injuries, Miguel’s fighter body may be the more shopworn of the two having engaged in many brutal wars over the years.

Read moreCotto vs. Martinez: Will Sergio punch his ticket to Canastota with a win over Miguel Cotto? 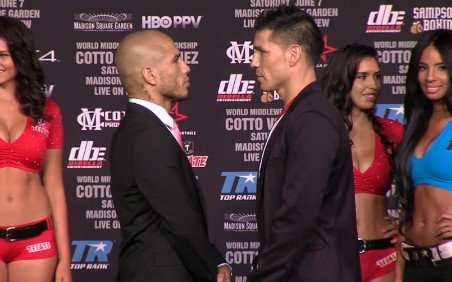 FREDDIE ROACH: “Winning this fight will be bout ring generalship. Miguel must keep himself in good position and control the ring. This is what we have worked on for nine weeks in training camp. Miguel never knew how to do this before we began working on it. Miguel will have to cut the ring off, stay off the ropes and stay out of the corners. He now knows how to do it. He is a great student and one of the most disciplined fighters I have ever trained.

“Sergio is in over his head on this one. We worked on fighting southpaws and have it down to a science now. Miguel will have no trouble with Sergio’s style.

“Working opposite Miguel with Manny Pacquiao gave me great insight to Miguel’s flaws. It taught me his weaknesses and during this camp I was able to eliminate them.. 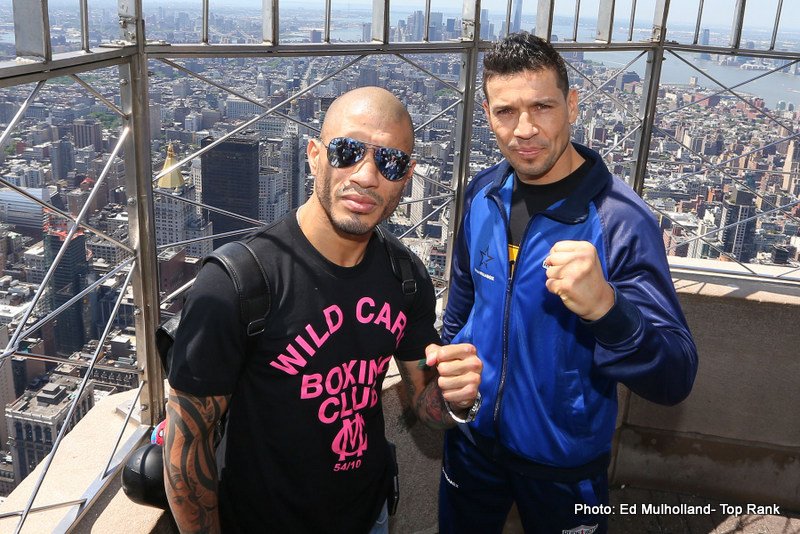 World champion Sergio Martinez believes the only reason Miguel Cotto has chosen to fight him is because he thinks he is over the hill.

The WBC middleweight kingpin puts his title on the line against the Puerto Rican legend at Madison Square Garden in New York, live on BoxNation this Saturday night, with Martinez of the belief that Cotto only took the fight because he believes the Argentine is past his best.

Cotto is attempting to make history by becoming his nation’s first four-weight world champion when he makes the move up to the 160 pound division, but Martinez, who contentiously overcame Britain’s Martin Murray in his last outing, says he is in for a rude awakening.

Read moreMartinez: “Cotto Thinks I’m Past It But Against Murray I Was Injured And I Still Won”

The fight – from Madison Square Garden in New York on Saturday, June 7 – will be produced and distributed live by HBO-Pay-Per-View beginning at 9 p.m. ET. As part of ESPN and HBO Sports’ boxing programming and marketing agreement, ESPN will have access to key content, including press conference and weigh-in coverage, classic Cotto and Martínez fights, the Cotto vs. Martínez pre-fight show, which includes non-televised undercard fights, and post-fight, in-ring interviews.

LONDON (June 3) – Boxing superstar Miguel Cotto is ready to prove he is still a force as he aims to close in on his ‘destiny’ of becoming a four-weight world champion.

The 33-year-old hotshot is looking to become the first Puerto Rican to win world titles in four weight classes as he makes his bid for Sergio Martinez’s WBC middleweight crown this Saturday night, live and exclusive on BoxNation.

Read moreMartinez vs. Cotto Live on BoxNation this Saturday 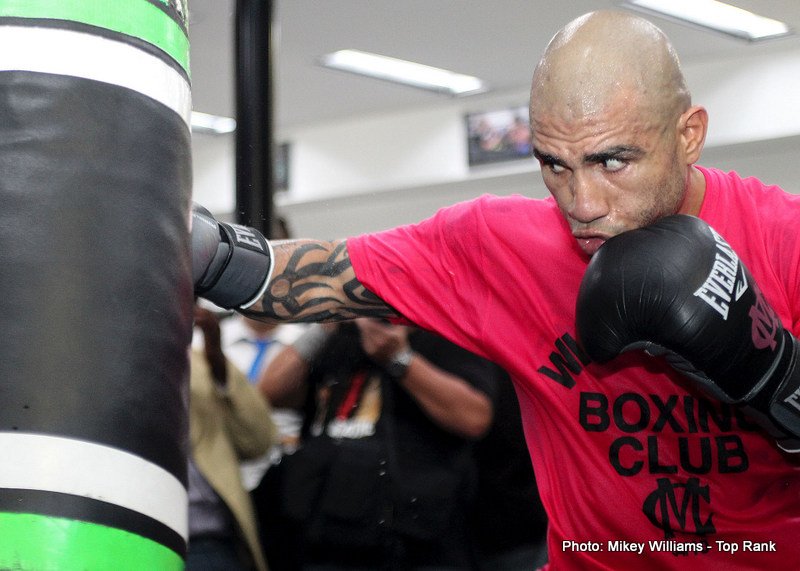 TODD duBOEF: I would like to welcome everyone to Miguel’s conference call. This fight is one we have all been waiting for. Obviously Miguel wants to show time and time again how great New York is and how passionate he is for the fans there and how he has created a great brand with the Puerto Ricans on Puerto Rican Day Parade weekend. But more importantly he has a goal to become the first Puerto Rican fighter to win world titles in four different divisions. In regards to the event, I’m not going to talk about Miguel and how he feels and how he is training – I’ll let Freddie and Miguel do that. Let’s talk about the event. As we went on sale, The Garden told us it was the fastest selling sporting event it has had in many years. The demand has been incredible. The match is right. The fans are behind both Sergio and Miguel and we know that The Garden is going to be electric the night of June 7. So, let’s go to Freddie and Miguel… 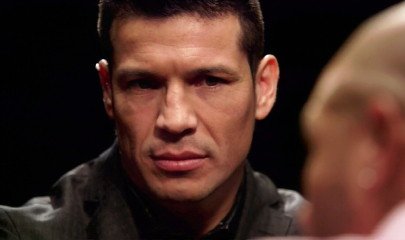 Below are a few quick notes from the call. A complete transcript to follow.

SERGIO MARTINEZ: My knee is feeling great and I have been running in the mornings. I haven’t felt this good in a very long time.

This past Saturday night, Alfredo Angulo (22-4-0) stepped inside the ring with the hope of proving to boxing fans as well as himself, that he is ready to face and beat top competition, eager to confirm that by defeating Saul ‘Canelo’ Alvarez (43-1-1). The outcome was something that most boxing fans did not see coming: an absolute physical as well as psychological domination of Angulo by Canelo.

Not only was Alvarez able to land solid combinations all night long, he got nothing in return from Alfredo, who seemed to struggle to deliver anything of value from bell to bell.