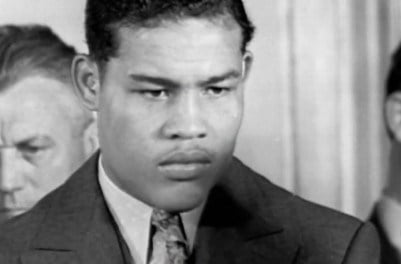 Heading into June of 1935, the hard-punching Max Baer of California was considered the caliber of fighter to reign as … read more “Louis bounces Baer on way to Braddock” 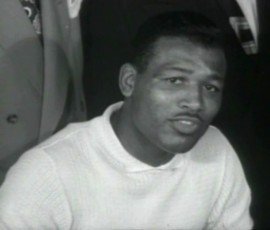 It is unfortunate that some fighters are remembered more for the fight or fights they lost than for any of the positive accomplishments they had in the ring.

Randall “Tex” Cobb won 43 fights out of 52 and had 36 knockouts to his credit. Not a bad record. But what is he remembered for? His lopsided decision defeat at the hands of heavyweight champion Larry Holmes in November of 1982. He knocked out Earnie Shavers and lost split decisions to Ken Norton and Michael Dokes. But those performances don’t enter into the equation most of the time when people think of Cobb.

After Jim Braddock demystified the frightening power of Max Baer on June 13, 1935, it drove the heavyweight division into an unexpected state of flux. Braddock’s inspired 15-round upset decision over the long-armed 6-foot-4 Baer lifted the crown and also created a sense of anticipation that hadn’t existed before.

Prior to the upset by Braddock, the general thought was that the destructive Baer would reign as champ for many years to come. Baer was seen as head and shoulders above the rest of the contenders and pretenders.

By Mike Dunn: One of the most controversial title fights took place on the Fourth of July, 1912, in Vernon, Calif., near Los Angeles. Popular local favorite Mexican Joe Rivers – who wasn’t Mexican at all but a fourth-generation Californian of Spanish-Native American descent whose real name was Jose Ybarra – challenged rugged lightweight champ Ad Wolgast in a fight that would forever be known for the rarest of all fistic occurrences – a double knockout – and for the subsequent shocking actions of the ref enabling Wolgast to retain the title.

Rivers was a formidable challenger, having dispatched of both Johnny Kilbane (KO 16) and Frank Conley (KO 12) to earn his shot at the crown in the open-air Vernon Arena before 11,000 witnesses that hot Independence Day.