Twitter: @boxingroundup – Historically the U.S has always featured heavily on the medal podium in men’s Olympic boxing. The American athletes have provided some of the most memorable performances in Olympic rings down through the years.

The United States enjoyed immense success between the ropes from as far back as Helsinki 1952 until as recently as Seoul 1988. However there has been a noticeable decrease in number of times The Star-Spangled Banner has echoed across boxing medal podiums since the Korean Games.

If America is the land of opportunity, Ronald Gavril has seized his big chance with both hands. Born in Bacau Romania ‘The Thrill’ is now an exciting young prospect fighting out of Las Vegas. Ronald is the epitome of hard work, determination and hope. Since turning professional in 2011 the 27 year old talent has swept aside his first five opponents with his action packed aggressive style.

However the future of the promising super middleweight was once in doubt until his management made the brave decision to relocate to Las Vegas. Ronald’s profile immediately inflated as he put his impressive fighting ability on display in the gyms of Sin City.

‘Boxing is dead’ is a term I read, and heard, frequently in recent years. If any truth lay in that statement, 2013 proved to be boxing’s resuurection. Drama, brutality, courage and the art of boxing, 2013 provided every element, when combined, makes this the greatest sport in the world. 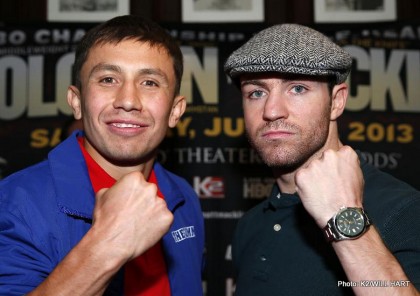 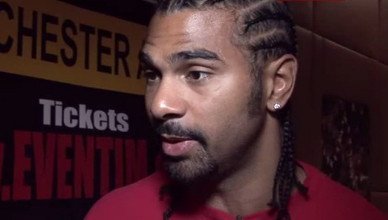 David Haye took to twitter this afternoon to quash the exciting rumour that a fight between himself and undefeated heavyweight Tyson Fury was close to being finalised.

“I did everything in my power to get Fury in the ring. Even gifting him a 50/50 split. But big chump won’t sign contract 4 the fans #AllTalk”, was the message the former WBA heavyweight champion delivered to his twitter follower population of almost 1 million fans.

“Can’t believe team haye outed me on twitter not very professional of you guys now where do I go from hear! I can’t blah any more”, replied Fury. Floyd Mayweather Jr. moved to 44-0 on May 4th with a convincing points win over Robert Guerrero (31-2-1) in front of a sold-out MGM Grand Garden Arena. There was no evidence of ring rust despite a year long absence. ‘Money’ controlled the fight throughout. It was a flawless performance that reinforced his status as the best boxer on the planet.

Immediately the boxing community turned its attention to September 14th. Pundits, fighters and fans took to twitter and various internet forums to debate potential opponents for Floyd’s second fight of 2013. Devon Alexander and Amir Khan featured heavily in this global debate however one name clearly stood out from the rest.