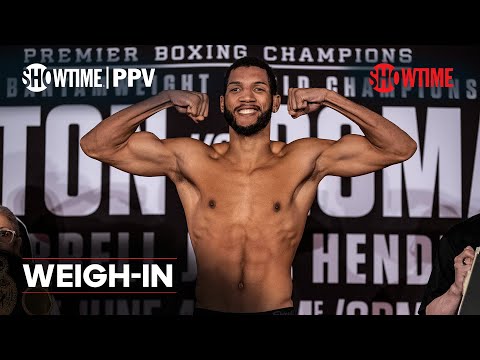 Unbeaten WBA Super Middleweight Champion and Minneapolis fan-favorite David Morrell Jr. and undefeated mandatory challenger Aidos Yerbossynuly went face-to-face at the final press conference on Thursday, before they put their unbeaten records on the line live on SHOWTIME this Saturday, November 5 in a Premier Boxing Champions event from The Armory in Minneapolis.

A jam-packed three-bout lineup of exciting undercard attractions featuring a longtime contender, a former unified world champion and a pair of unbeatens will stream live on the SHOWTIME SPORTS YouTube channel and SHOWTIME Boxing Facebook page this Saturday, November 5 in a Premier Boxing Champions event from The Armory in Minneapolis preceding SHOWTIME CHAMPIONSHIP BOXING.

The action also includes former unified champion Julian “J-Rock” Williams taking on Argentina’s Rolando Mansilla in an eight-round middleweight affair, plus unbeatens Kent Cruz and Enriko Gogokhia will duel in an eight-round super lightweight rematch of their split-draw in February kicking off the streaming presentation.

Tickets for the event, which is promoted by TGB Promotions and Warriors Boxing, are on sale now and can be purchased at the Armory at http://ArmoryMN.com/ and through Ticketmaster.

A bronze medalist at the 2004 Olympic Games, Dirrell (28-3, 18 KOs) rose to the top of the super middleweight division during an impressive run in his career that included a victory over then-unbeaten Arthur Abraham and decision defeats to Carl Froch and James DeGale. The Flint, Michigan-native has won back-to-back fights via knockout since moving up to light heavyweight, stopping Christopher Brooker most recently in July 2021. He takes on Cuba’s Gonzalez (21-4, 17 KOs), who has challenged top light heavyweights including Gilberto Ramirez, Oleksandr Gvozdyk and Jean Pascal. Now fighting out of Miami, Gonzalez won three-straight bouts before losing to Ramirez in a December 2021 slugfest.

Philadelphia’s Williams (27-3-1, 16 KOs) became a unified world champion at 154-pounds in May 2019 when he upset Jarrett Hurd in one of the year’s best fights, winning a close-quarters brawl by unanimous decision. The 32-year-old dropped the titles in his first defense, losing to Jeison Rosario in January 2020, before coming up on the short end of a narrow decision to Vladimir Hernandez in October 2021. He will take on Mansilla of Parana, Entre Rios, Argentina, Mansilla , who looks to rebound from back-to-back defeats against Cesar Mateo Tapia in May and Derrick Colemon Jr. in September. Mansilla (18-11-1, 8 KOs) has fought professionally since 2013 and was unbeaten in his first 11 fights. 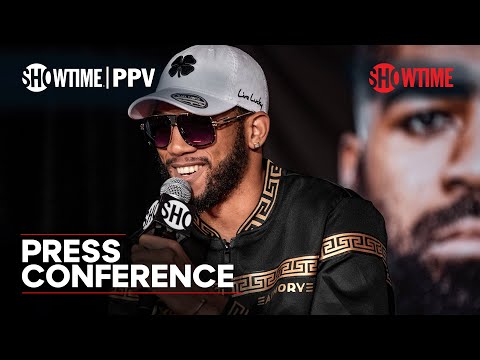 The 29-year-old Cruz (16-0-2, 10 KOs) and 31-year-old Gogokhia (13-0-1, 8 KOs) fought to a split draw in their February clash, with Cruz hitting the canvas twice, as they both look to leave no doubt in the rematch. The St. Louis-native Cruz had bounced back from a 2018 draw to Carlos Mohamed Rodriguez with triumphs over Travis Hartman and Erik Humberto Castillo before the Gogokhia fight. A former kickboxing pro, Gogokhia is a native of Georgia but now resides stateside in Woodland Hills, California and had stopped five consecutive opponents before facing Cruz.

“100% I’m coming for the knockout. He’s the one that’s asking for it. It’s going to be for my team and for Cuban boxing. You don’t mess with the people of Cuba.

“I’m excited for my second opportunity fighting on SHOWTIME. I hope he’s not too hungry, because I’m not giving him anything to eat on Saturday night. I’m more focused and locked in than ever thanks to Ronnie Shields and my whole team.

“I appreciate Aidos stepping up to this fight, but now it’s time to show what I can do. I’m going to show the rest of the division what’s in store for them.

“I’m predicting an eighth-round knockout. I’m going to go into the ring as be the best version of myself.

“We’re in the home stretch now. I’m going to go in there and go for the win. Today was to show everyone how excited we are for this fight, because the fans should be pumped for this as well. We’re ready to put on a show for them.

“I feel bad for Aidos. He has no idea what’s going on and he doesn’t know anything about boxing history. I’m going to teach him on fight night. I’m taking him to school. He has it coming.

“My only focus right now is on Aidos. I’m not paying attention to any other fighters, but I’m going to be ready for them. I want to fight David Benavidez in my next fight. I respect everyone in the division, but I’m hungry for the biggest fights. I want to fight everybody.”

“I’m a hunter. I like hunting and it’s part of our culture. It’s hunting season right now in Kazakhstan, but I’m here in the United States and I’m here to hunt Morrell on Saturday night and bring that belt home.

“We respect the Cubans and their skills. But in the pros, there aren’t as many good fighters as in the amateurs. Whatever he has learned, I have those same skills. We both have power in both hands, and I’m going to let my fists speak for me.

“I’m always learning. I improved a lot with my training in Las Vegas because my coach, Kay Koroma, is a very experienced and well-known coach in American boxing. I had a good transition from the amateurs into the professional ranks and I learn something new with each fight. I grow as an athlete with each fight.

“There is nothing about David Morrell Jr. that concerns me. The danger with boxing is that every fighter is coming to hurt you. Every boxer is dangerous. There’s nothing special about him. I think that we are evenly matched fighters but the difference on Saturday night is going to be that I’m the smarter fighter and I want it more.

“If he’s promising something to his fans, he might have to apologize to them after he loses. I’m definitely coming to stop Morrell in this fight. I trained hard and I’m here to get the belt.

“If I get past David Morrell Jr. on Saturday, then I’d like to fight David Benavidez next. I’ve sparred with Canelo Alvarez before and I respect him. To get that fight, I have to prove myself first. That’s why I want to face Morrell and Benavidez back-to-back.” 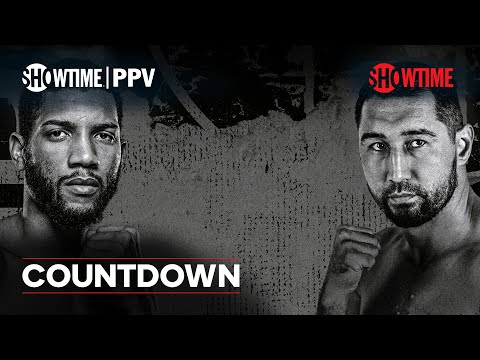