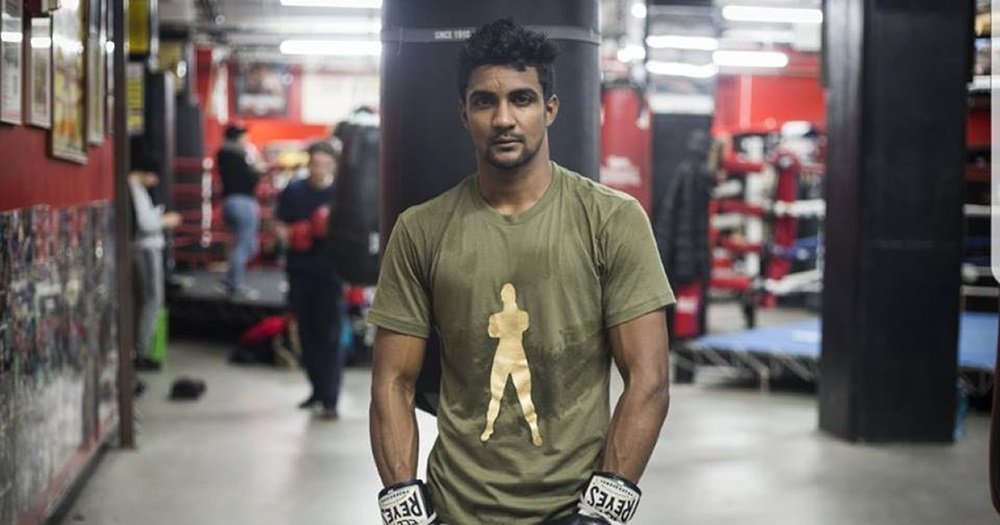 Ronson Frank’s Uprising Promotions will be making its long-awaited return to New York on Friday, May 18, hosting a night of boxing at the lavish Club Amazura in Queens. This evening of action-packed entertainment will be presented by Uprising Promotions in association with New Mexican Promotions.

“We are happy to finally come home to New York,” said Ronson Frank, President of Uprising Promotions. “We originally started our promotion to provide local fighters with an opportunity to showcase their skills, so it is very gratifying to host another show here in New York. We have some exciting fights that we are lining up, and we really hope that the boxing community comes out in big numbers to support all of the fighters on the card.”

After starting his professional career with a 3-5-1 record over his first nine bouts, Dharry has rattled off 19 consecutive wins and has remained unbeaten for nearly nine years. In just his sixth professional contest, Dharry took on Leo Santa Cruz, who has since won world titles in three different weight classes and currently resides in the top 10 of many pound-for-pound lists. Dharry fought at Club Amazura once before in 2015, where he thrilled the crowd with a stoppage win over Miguel Robles.

Mojica will most definitely be coming to win when he meets Dharry on May 18, which will be his second outing of 2018. The Texas native last fought in Dallas this past February, where he fell in a razor-thin split decision to undefeated Ernesto Delgadillo for the USNBC Super Flyweight Title. Over the course of his 15-bout career, Mojica has never been stopped and has faced a total of eight undefeated opponents.

The sister of Uprising Promotions light heavyweight Samuel Clarkson, Jasmine Clarkson is a hard-nosed competitor who is known to take on any opposition and push the pressure in doing so. Clarkson has traveled all over the country to take on fan favorites on their home soil, and the April 18 fight with Jeffrey falls right in line with that mentality.

Additional fights for the April 18 card at Club Amazura will be made over the coming weeks, and fans can expect another compelling night of boxing courtesy of Uprising Promotions and New Mexican Promotions. Club Amazura is located at 91-12 144th Place in Jamaica Queens.

Sponsorship opportunities for this exciting night are available now for any companies or local businesses who are interested in showcasing themselves. To inquire about becoming a sponsor, call (516) 939-7861.

This Uprising Promotions card will continue the initiative to KO Autism, with proceeds from the night getting donated to The School For Language and Communication Development (SLCD) in Glen Cove, New York. For ticket information, call us today at (516) 939-7861.