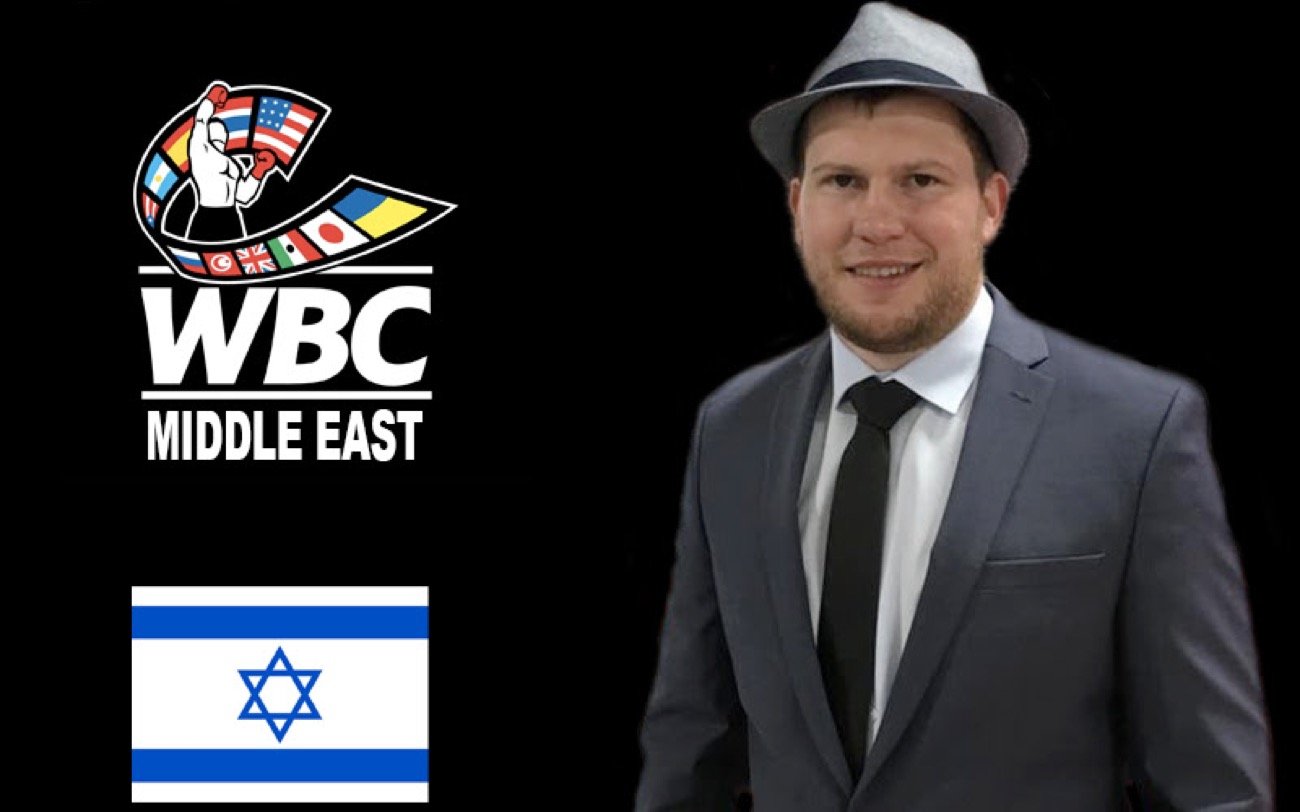 True to his word when first appointed as WBC Ambassador to Israel by their Board of Governors, former fighter turned promoter Dmitriy Salita is currently working in collaboration with the WBC and well-known sporting goods manufacturer Everlast to donate much-needed training gear to 10 Israeli boxing gyms.

When given the prestigious title last January, Salita promised to work with the WBC and Middle East Boxing Council President, Amir Khan, to develop the sport in the area, with the goal of making it an important hub for professional boxing.

As his first initiative, Salita, with the help of a generous donation of gloves from the WBC and Everlast, is overseeing its distribution to 10 of the country’s growing number of boxing gyms. There are presently over 40 active boxing gyms in Israel with over 1000 registered amateur boxers, both male and female, as well as 14 professional boxers registered as Israeli. Salita says his goal is to continue to grow the sport’s popularity in the region.

“I am excited about taking steps with the WBC to establish a world-class boxing program with amateur and professional boxing in Israel,” said Salita. “I’m also grateful that Everlast made this very worthy contribution that will go a long way in encouraging the local boxers from the different communities.”

The Israel initiative adds to both Everlast and the WBC’s well-documented history of passionate advocacy for raising the sport’s profile, worldwide.

The world’s leading manufacturer of boxing, MMA and fitness equipment, Everlast proudly champions their #longliveboxing campaign, while the WBC and especially its youth-oriented WBC Cares program have a long history of humanitarian deeds designed to uplift the sweet science around the globe.

WBC President Mauricio Sulaiman says he commends his partners on this initiative.

“We are an organization that stands for unity, diversity and peace,” said Sulaiman. “We applaud Dmitriy Salita and Everlast for their compassionate donation of gloves. We want our athletes safe. Our hope is that the values boxing promotes can lead to a better world.”

Boxing gyms in Israel are frequently habited by aspiring fighters from a wide range of religious and cultural backgrounds, who despite the societal tensions and intense segregation between the different groups, live and train in friendship and harmony because of boxing’s camaraderie – a fact that does not go unnoticed by prominent members of the Israeli government.

The WBC Board of Governors has appointed Dmitriy Salita as its representative to Israel. Salita will be working alongside the Middle East Boxing Council, which Amir Khan successfully leads as president of this WBC affiliated continental boxing federation.

As the WBC’s representative in Israel, Salita will carry out exciting, innovative and promising projects in collaboration with the WBC, as well as the Middle East Boxing Council. Their shared goal is to continue developing boxing in this region.

Dmitriy, a former successful professional fighter commented: “Sports is a universal language that connects people from different cultures and parts of the world. I am honored to work with the WBC and Amir Khan in bringing grass roots and championship boxing to the Middle East and the land of Israel with the goal of making it one of the important hubs of professional boxing”.

“Dmitriy Salita is a great addition to the Middle East Boxing Council, as a fighter he understands the importance to have a solid platform to help kids find a right path in life and we are greatly exited to find inclusion, diversity and specially human equality with these exemplary icons of our sport like Salita and Khan,” said WBC President Mauricio Sulaiman.

“ I will work hand by hand with my brother Dmitriy and will make the world proud to see how we can work together and have boxing unite all countries for the benefit of our future generations,” said Amir Khan.

The WBC family wishes our friend, Dmitriy Salita success with this appointment, as we are certain that a great future lies ahead.