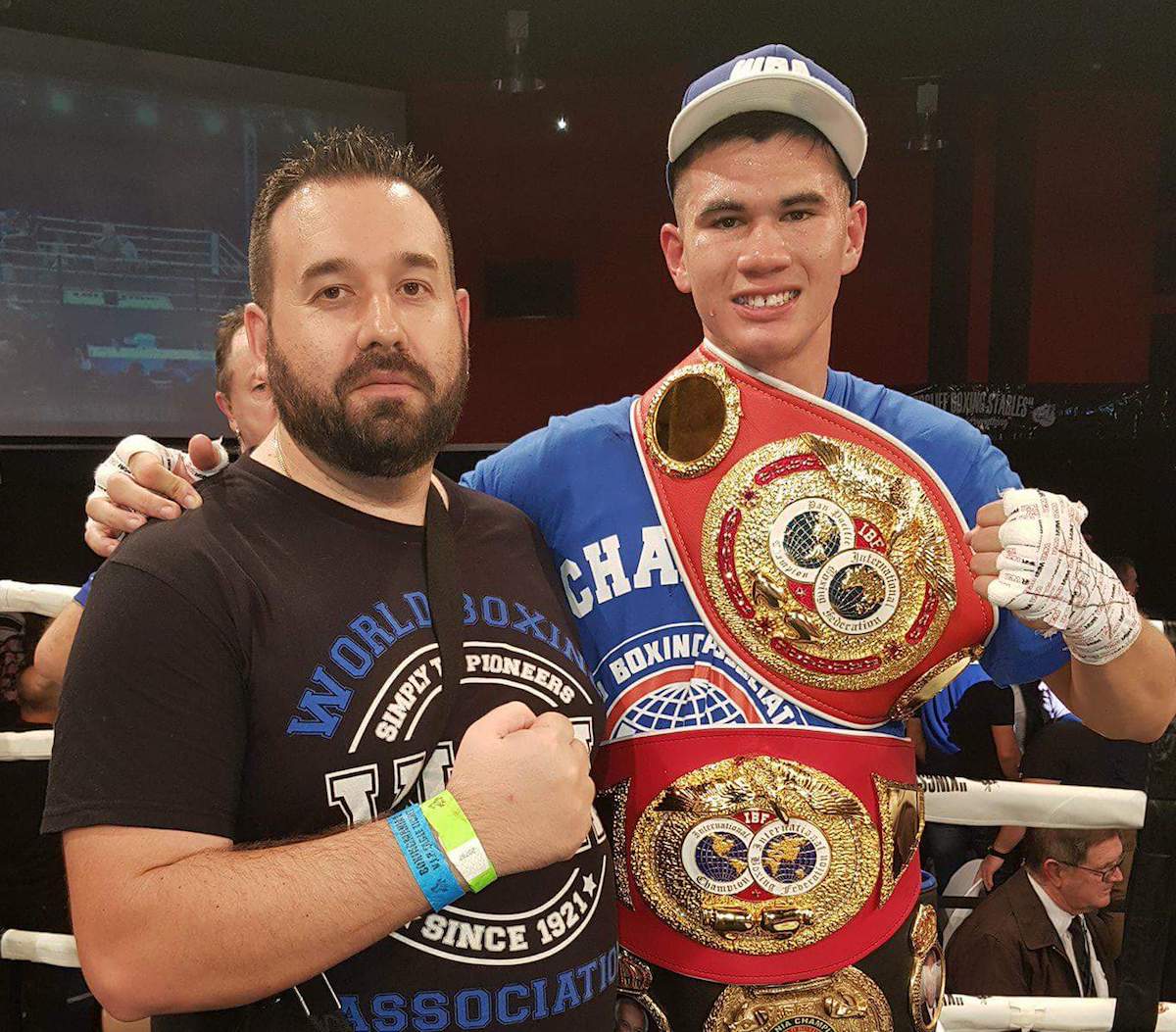 The 10 round contest saw Dessaix act as the aggressor in the contest, and appeared to be firmly in control from round 3 onwards. Despite this, the contest was awarded to Caparello by the judges at ringside, which didn’t sit too well with boxing fans on social media.

‘The President’ said, “I felt I controlled the fight as did everyone in attendance and there was an outpour of dismay on social media after the fight, surely everyone can’t be wrong!

“Caparello was just looking for counters then running or holding. You can’t win a fight like that. I forced the fight, throwing and landing more punches. I won the fight and everybody knows that.

“I am a Queensland fighter fighting in Victoria. I was always up against it in this fight but I am not downhearted about the result. The world saw who won and I will move on now.”

Discussions amongst boxing fans of an immediate rematch were natural, as those who witnessed want to see who would emerge victorious in a rematch. Dessaix, a big supporter of Everton FC, opened up about his plans going forward.

“I have a great manager in Tony Tolj at Dragon Fire Boxing and our plans are to work our way up the world rankings. There are some great champions at the moment and I am only young, and I truly believe I am the heir to the Light Heavyweight thrown.

Dessaix continued, “I have time on my side and I’ve already shown I am at the top level at 22. I am only going to get better and I know when the time is right I will become world champion.”

Dessaix who has already fought twice under the Dragon Fire Boxing banner including a round 2 KO of Peter Ato Ricketts of Ghana in May to win both of the IBF International and WBA Oceania light heavyweight belts, says nothing better could have happened to his career at this point in time than sealing the deal with Dragon Fire Boxing.

“So far I’ve had two fights under Dragon Fire and they have been my two biggest fights to date. I’ve won the WBA Oceania and both IBF International and Pan Pacific titles,” said 21 year old Dessaix.

“I feel very privileged to have such a good and experienced management team with Tony Tolj, Angelo Hyder at Dragon Fire Boxing managing my boxing career. They’ve put so much time and effort in the past couple of fights I have been with them,” added Dessaix who also holds the IBF Pan Pacific light heavyweight title he won in March by defeating Shintaro Matsumoto of Japan.

Equally ecstatic about signing the long term deal is Dragon Fire Boxing COO, Tony Tolj who believes they have added a potential world champion to their stable.

“The Team at Dragon Fire Boxing are very excited for the future with Reagan Dessaix. 14 wins with the sole loss at picking up WBA and IBF regional titles, the sky is the limit for the kid at 21 years of age,” Tony Tolj stated.

“I always work with just good people and Reagan and his father, Clem are a class act. He should be slipping into the world ratings very soon. Really looking forward to see the progression of ‘The President’ Reagan Dessaix,” Mr. Tolj reiterated.

But no one is more grateful for this opportunity than the fighter himself who has not forgotten the support of his fans and other stakeholders in his still budding boxing career.

“Without all my fans, sponsors and ongoing support, I wouldn’t be in the position I am today if it wasn’t for them. I couldn’t thank them enough for all the ongoing support along my boxing journey so far,” Dessaix acknowledged.

“This is only the beginning and I’m looking forward to some exciting times ahead and to see what the future holds,” ‘The President’ Dessaix added.