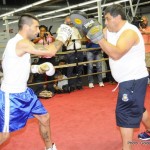 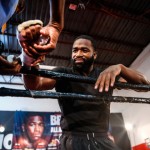 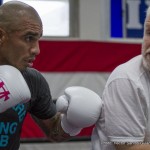 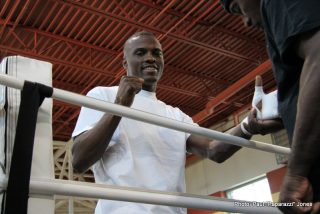 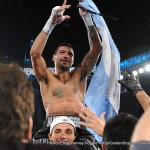 Lucas Matthysse goes into his WBC 140lb title fight with Viktor Postol this Saturday at a significant size disadvantage to the Ukrainian, whose listed height is 5′ 11″ – and “The Machine” knows he must use every scrap of grey matter in his boxing brain to negotiate the relative unknown, who holds a solid knockout win over Selcuk Aydin and is guided by legendary trainer, Freddie Roach. 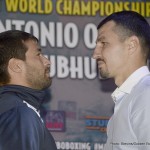 HBO Boxing kicks off the fall with an all-action showdown featuring one of the most exciting fighters in the sport when HBO BOXING AFTER DARK: LUCAS MATTHYSSE VS. VIKTOR POSTOL AND HUMBERTO SOTO VS. ANTONIO OROZCO is seen SATURDAY, OCT. 3 at 10:15 p.m. (live ET/tape-delayed PT) from StubHub Center in Carson, Cal., exclusively on HBO. The HBO Sports team will be ringside for all the action, which will be available in HDTV, closed-captioned for the hearing-impaired and presented in Spanish on HBO Latino.

While preparing for Friday’s Puerto Rican Boxing Classic at the 2300 Arena in Philadelphia, promoter J Russell Peltz, International Boxing Hall of Fame, class of 2004, recalls his start in boxing 46 years ago.