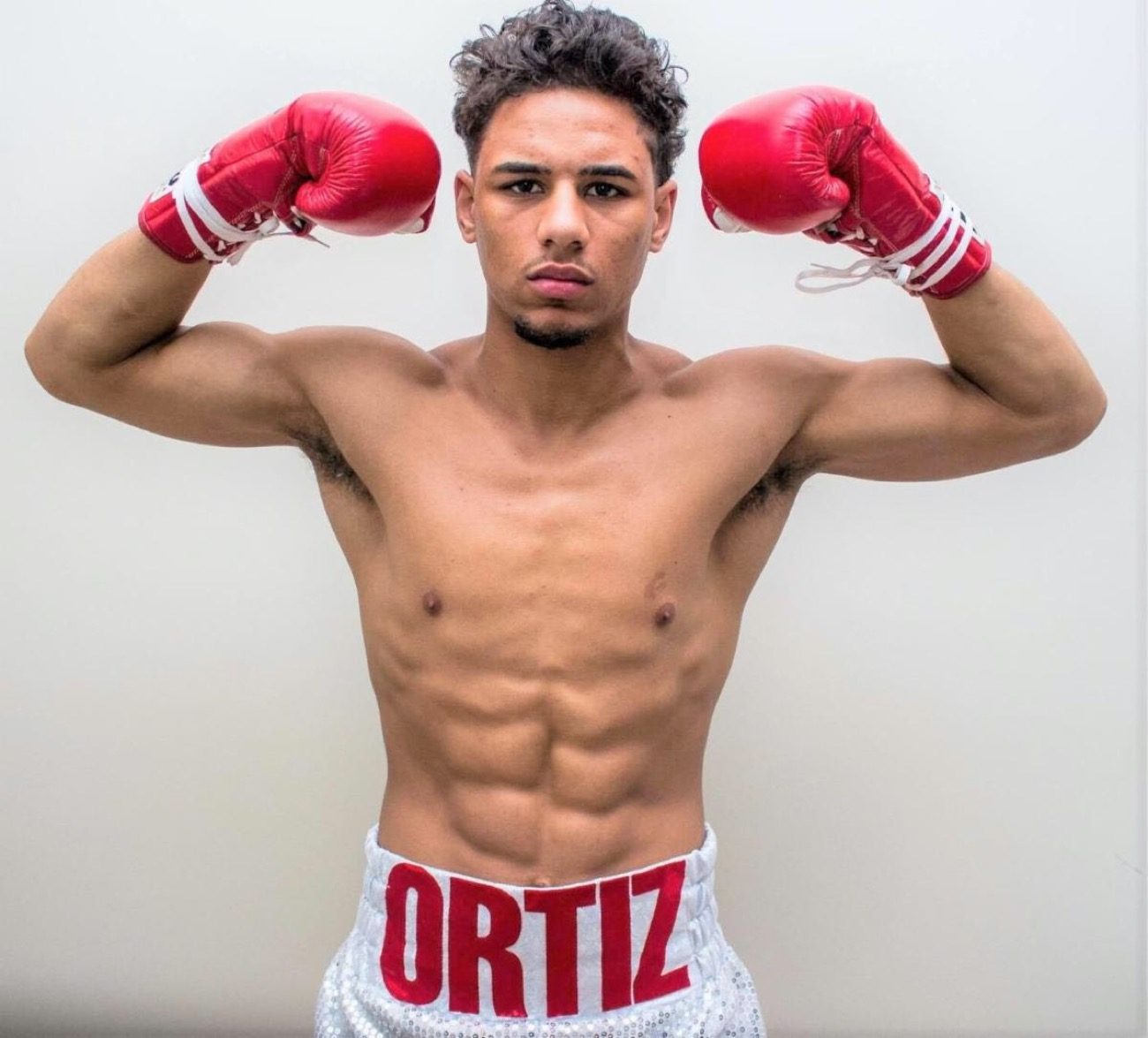 “I know I will be a world champion, it is just a matter of time. I believe in myself, my work ethic, and my talent,” said Ortiz. “It will be equally special to win a world title for the city that I was born and raised in, and still reside in.”

Ortiz is headed in the right direction for a world title fight. He won the vacant World Boxing Council’s Youth world lightweight title with an impressive eighth-round unanimous decision over previously unbeaten and highly-rated prospect Richardo Quiroz, in his tenth fight. Ortiz won the first six-rounds on two of the three judges’ scorecards. By winning this belt, he became Worcester’s first world youth champion, which is open to any fighter who is twenty-three-years-old or younger. He joins the likes of Canelo Alvarez, Timothy Bradley, and Jorge Arce, who also won the belt.

Two months later, Ortiz scored a quick, first-round technical knockout over Victor Jones from a hard overhand right. In his last fight, he defeated one-loss, Romain Couture via an eighth-round unanimous decision, in which he won every round on all three judges’ scorecards. This was his first title defense. He is currently ranked sixteenth by the North American Boxing Federation.

“Against Couture, it was one of the best performances of my professional career,” said Ortiz. “I was in rhythm, I established myself, and I took the fight to him. It was my most complete, top-to-bottom performance thus far.”

While the twenty-three-year-old orthodox fighter is undefeated, he has done it against good competition. His opponents’ records are a combined 74-35-7, three of whom were undefeated when he fought them.

“I am happy with how my career is going thus far,” said Ortiz. “I am undefeated, I am still young, and I am improving each time out as I face better competition.”

Ortiz hails from a city that has produced several great fighters over the last several decades that have included: two-division titleholder and International Boxing Hall of Famer Lou Brouillard, 1928 Olympic bronze medalist Leo Sawicki, four-time national amateur champion Bobby Harris, world title challenger Edwin Rodriguez, and three-time, two-division world champion Jose Antonio Rivera. The naturally gifted Ortiz has the talent and skill set, and tremendous upside to not only be the best fighter to ever come out of Worcester, but become an elite boxing star.

Interestingly enough, Ortiz has never fought in his hometown. Instead, eleven of his twelve fights have been at his second home, Twin River Casino Hotel in Lincoln, Rhode Island, with the other bout (his fifth) taking place at Foxwoods Resort Casino in Mashantucket, Connecticut.

Ortiz’s success at the professional level comes as no surprise considering that he had a heavily decorated amateur career, which included an impressive 100-14 record, and culminated with him reaching the semifinals of the 2016 United States Olympic Trials. He was one fight away from making the United States Olympic Boxing Team in Nevada, however, he lost to Gary Russell (15-0, 11 KOs in the paid ranks). Moreover, he was a seven-time Golden Gloves National finalists, which included a silver medal at the 2015 National Golden Gloves Tournament and back-to-back gold medals at the New England Tournament of Champions in 2015 and 2016.

“After I lost to Russell, I did not want to wait another four years to compete for the Olympics, and it did not make a lot of sense for me to get hit and not get paid, so I decided to go professional,” said Ortiz.

As of right now, Ortiz does not have a bout scheduled, however, he is still training hard at the Boys & Girls Club of Worcester each day with his head trainer Rocky Gonzalez, and assistant trainer (National Golden Gloves Hall of Famer) Carlos Garcia, who introduced him to the sport of boxing at the age of six. In addition to boxing, Ortiz works full-time as an apprentice carpenter for H. Carr & Sons.

“It is difficult, and really tiring to balance working full-time, boxing six days a week, and raising my three-year-old daughter, but I love boxing so much that I do not mind running in the morning and working out at the gym at night because I know that all this hard work will eventually pay off for me,” said Ortiz.

He is promoted by Jimmy Burchfield’s Classic Entertainment and Sports, co-managed and advised by Richard Shappy and Eddie Imondi, and co-trained by Rocky Gonzalez and Carlos Garcia.

For more information about Ortiz, and the latest updates on his upcoming bouts, friend him on Facebook at /TeamJortiz, add him on Twitter @JamaineOrtiz1, and on Instragram @JamaineOrtiz.

“By the time I am finished with my boxing career, I want to be considered one of the best pound-for-pound fighters in the world,” said Ortiz. “I want to win as many world titles, in as many divisions, as I can, and put Worcester on the map for being synonymous with great world champions.”