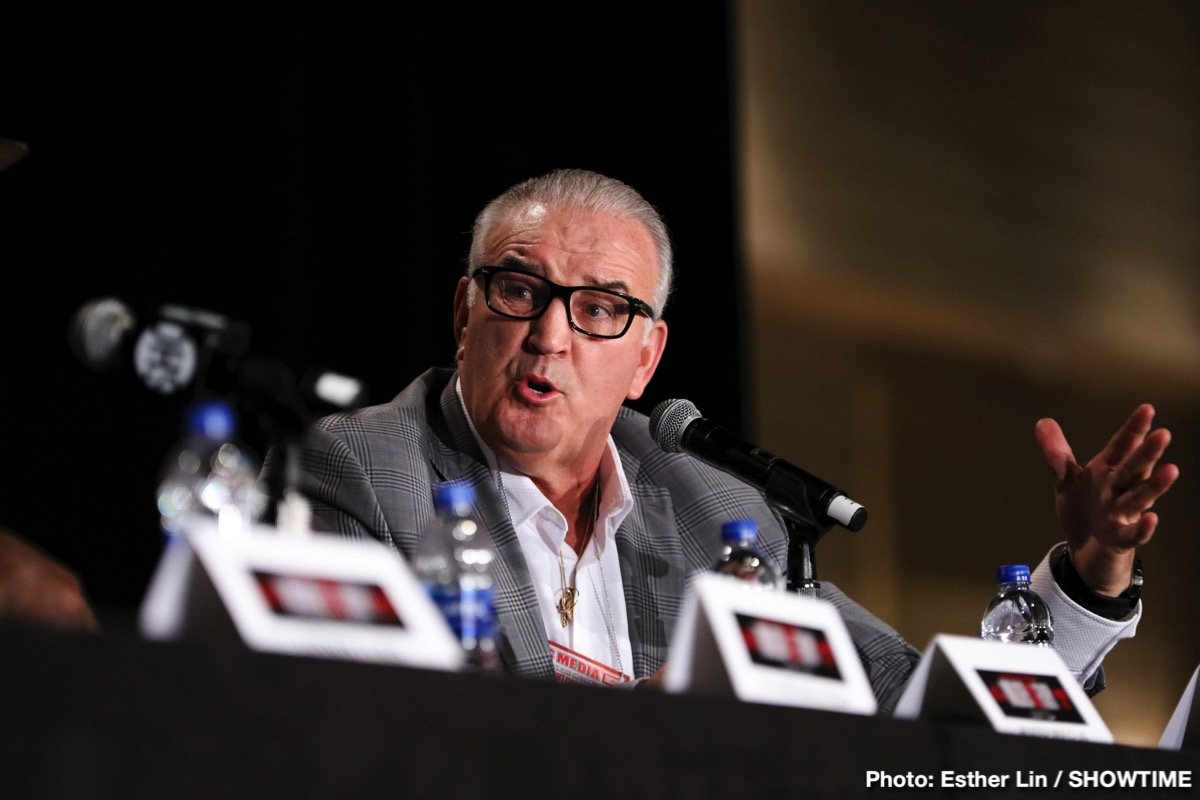 Gerry Cooney may not have ever developed into a truly great fighter, but at his best Cooney was absolutely a great puncher. One of the best in heavyweight history in fact; Cooney’s pulverizing left hook being an especially lethal weapon. Indeed, due to his withering punching power alone, Cooney should have gone further than he did. But whether it was down to injuries, or to layoffs, or, as Cooney himself often says, due to his not signing with Don King (who had “all the top heavyweights at the time”), Cooney never had anywhere near the amount of fights he should have had.

And with this lack of fights came a lack of experience at a time when Gerry needed it most – when going into his shot at heavyweight ruler Larry Holmes in June of 1982. Consider: Cooney took out Ron Lyle in a round (40 years ago today), he then had to wait almost seven months before he fought again, and when he did, he iced Ken Norton in 54 seconds. It would then be 13 months before Cooney fought again, against Holmes. For a young fighter, as Cooney was then at just 24/25 years old, this is nowhere near enough experience or activity.

Who knows how much difference it would have made had Cooney got himself precious rounds of, yes, experience, by way of two, three, even four additional fights prior to going in with one of the greatest heavyweights in history. As it is, Cooney did well against Holmes, winning some rounds, making Holmes work hard for his win, Cooney taking his lumps right to the end. Had Cooney managed to get a ten-rounder under his belt in ’81 or ’82, and not merely quick KO’s over “old men” Lyle and Norton, it just might have made all the difference in the world.

And for a time, the whole world knew Gerry Cooney, and believed in him. A genuine wrecking machine, Cooney would regularly send sparring partners to the hospital. Plenty of critics say Cooney feasted on faded names who could no longer fight. But Lyle was coming off two decent wins when entering the ring to face Cooney, and in the previous year, Lyle had beaten Scott LeDoux. Lyle was no longer at his peak but he was no shot fighter. And Norton had beaten the teak-tough Tex Cobb (how great a fight would Cooney Vs. Cobb have been?) in his fight prior to being wiped out by Cooney.

Above all, though, it was the way Cooney took care of business, the way he smashed out Lyle, Norton and before that Jimmy Young (who was also still a handful for a young fighter at the time of his brutal and bloody defeat at the hands of Cooney). It was all highlight reel stuff. Cooney was, for a time, the KO King.

Holmes, however, showed everyone, again, how being a savage puncher is not enough by itself to be the best. Cooney needed more. What a shame he never got it.

Read:  Amir Khan on Why He Took “Crazy” Fight With Canelo: “Floyd Mayweather Was Being A P***y
Follow @eastsideboxing