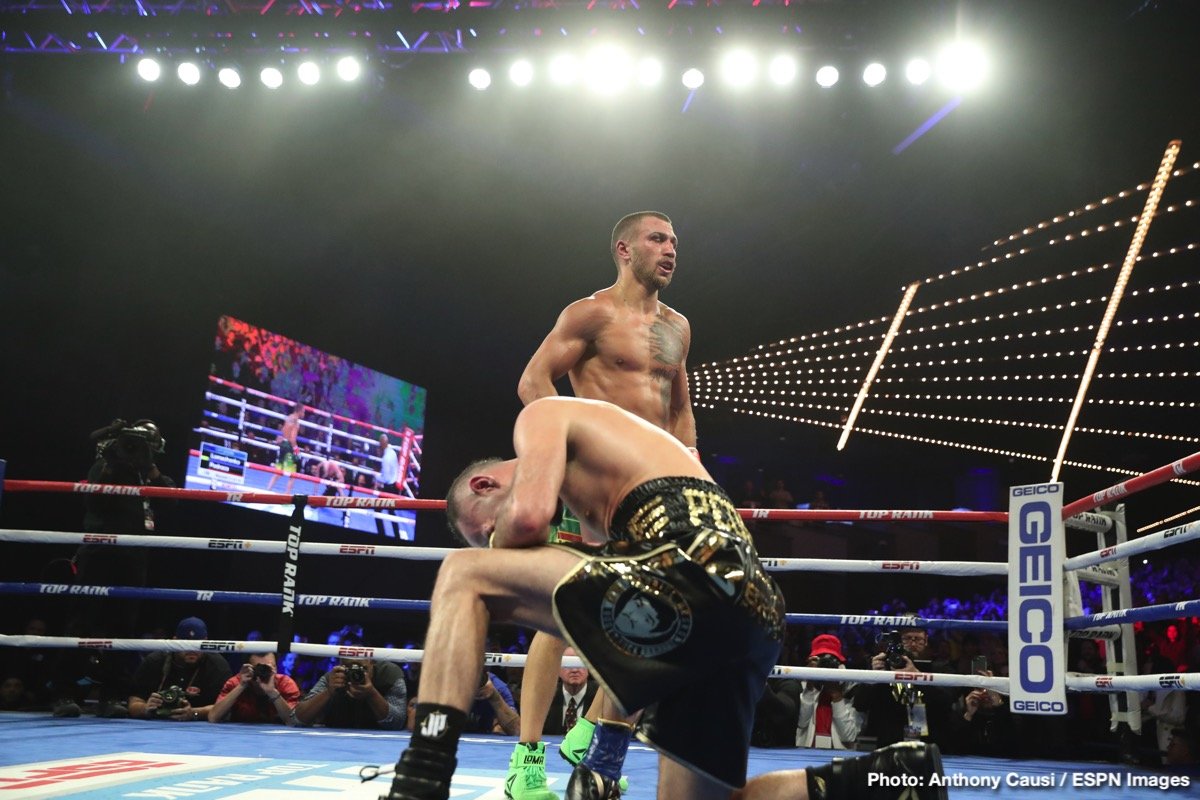 The superb Vasyl Lomachenko, for many the pound-for-pound best boxer in the world today, returned to action following shoulder surgery last night, and “Hi Tech” looked about as perfect as he always has; with zero signs of any problems with his shoulder. In shutting out a game Jose Pedraza, the gifted southpaw from Ukraine is now the WBA/WBO and Ring Magazine lightweight ruler.

It was another excellent performance from Lomachenko, even if some fans might grumble a little that he did not manage to end things with a KO or stoppage. Lomachenko now wants the other belts at 135 pounds, meaning of course he wants a big all-the-marbles unification clash with Mikey Garcia. This is the fight a victorious “Loma” called for last night:

“Of course, of course I want two more belts,” Lomachenko said. “Maybe next year we could make a fight with Mikey Garcia.”

As fans know, the unbeaten Garcia will go for ultimate glory next March, against IBF welterweight ruler Errol Spence (for many the best 147 pounder out there today). It will all depend on how well Garcia does in this upcoming fight, and whether or not he chooses to drop back down to 135 after the fight, win or lose (or draw). If Mikey vacates his lightweight belts, who knows who Lomachenko could fight for them.

In an ideal world, Garcia would have fought Lomachenko and then gone up to challenge Spence. Right now, until anyone else can prove otherwise, Lomachenko is the best lightweight on the planet right now. Can anyone beat him?

Lomachenko has fought just twice here in 2018 – beating Jorge Linares in a great fight in May (in perhaps the toughest fight Lomachenko has yet had at pro level) and now having beaten Pedraza in his second fight at 135 pounds – but nonetheless, he is a definite candidate for Fighter of The Year. 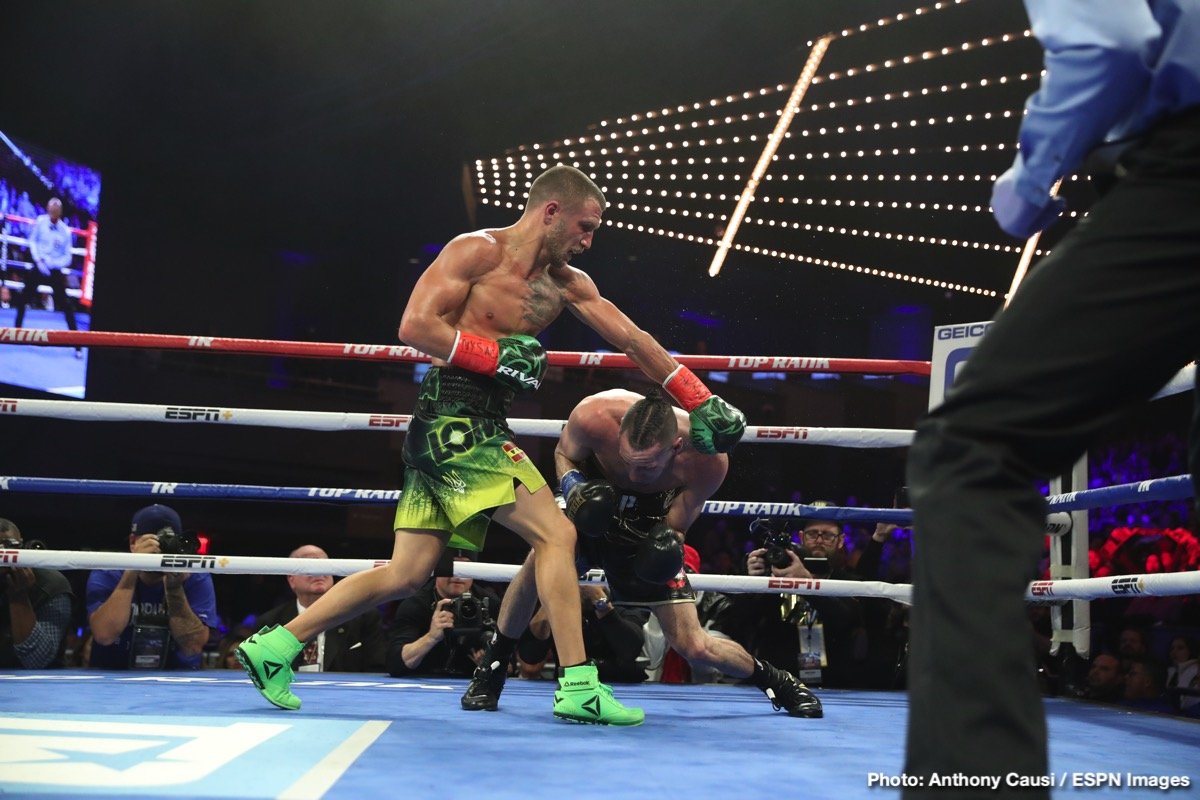