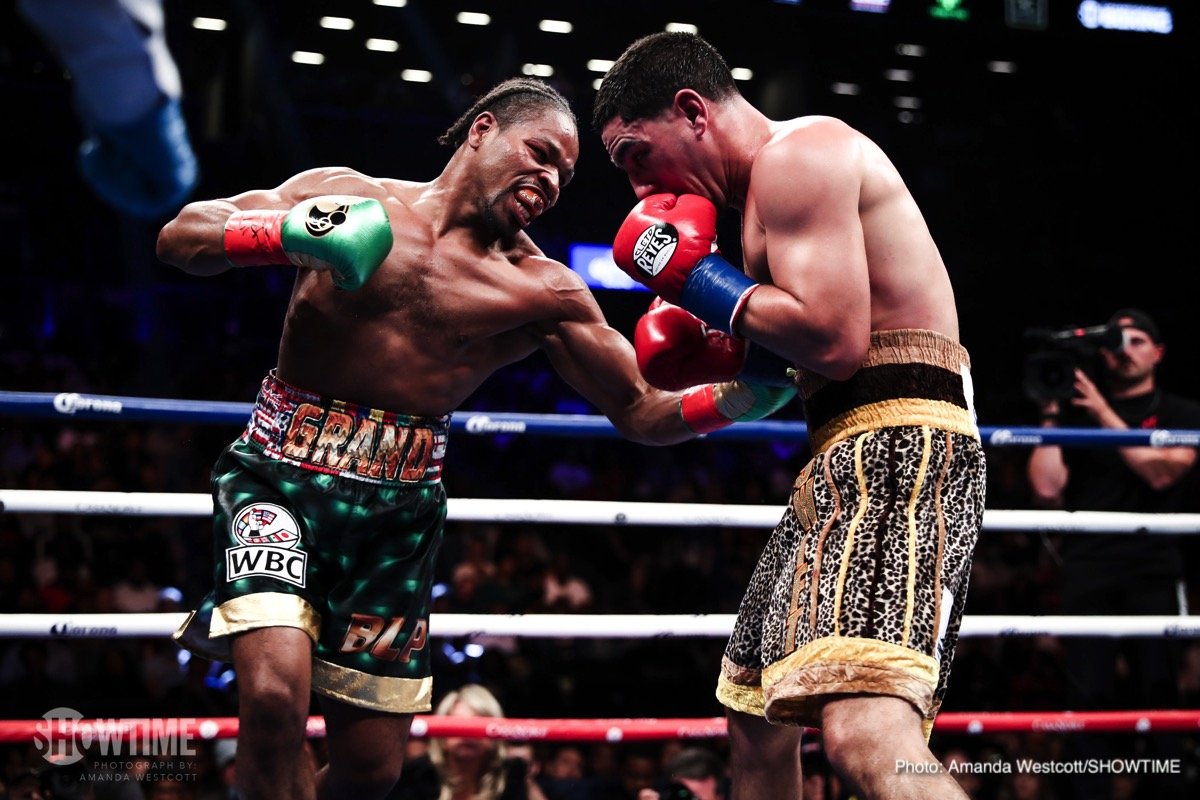 Now a two-time world champion, new WBC welterweight king Shawn Porter is sitting pretty atop the 147 pound division. At least he would be but for two other fighters: Errol Spence and Terence Crawford. Porter, looking sharp, aggressive and also more thoughtful and patient in decisioning Danny Garcia in New York, might have two rivals and two rivals only when it comes to anyone stopping him from unifying the belts.

Keith Thurman, who won a thrilling, close, debatable decision over Porter a couple of summers ago, may or may not return; and even if he does, there is no way of knowing if Thurman will be the fighter he once was. Right now, when it comes to seeing who the best welterweight in the world is, it’s between Porter, Crawford and Spence. It’s a three horse race. And Spence, the IBF ruler, wasted no time in calling Porter out after last night’s tactical and at times thrilling battle.

So will Porter, 29-2-1(17) fight Spence next, and if so, who wins? There are other potentially exciting match-ups that can be made at 147 – and pound-for-pounder Mikey Garcia (who was at ringside last night) is still calling for that shot at Spence – but fans always love a unification. A unifier between any of the big three: Porter, Crawford and Spence, would be especially welcome seeing as these three are undoubtedly the proven best at the weight.

Porter has a rock chin, great speed of feet and of hand, limitless stamina and a better boxing brain that some perhaps give him credit for. Southpaw Spence is blindingly fast, he has superb accuracy and sharpness and he too has a fine boxing brain. WBO champ Crawford is a master boxer who has had just one fight at welterweight thus far. Spence has thus far sown zero obvious weaknesses. The exact same thing could be said of Crawford. While it could be argued that Porter has never really been beaten (many fans had him edging Kell Brook in that close, close loss in 2014, while the fans made their feelings known after the verdict was announced at the conclusion of the Thurman-Porter war; with boos greeting the decision that went to “One Time.”)

Spence, 24-0(21) said last night how he wants Porter, as well as a fight with Thurman (should he ever return) and Mikey Garcia. A for Porter, we know he has never ducked or dodged any fighter and he may well accept Spence’s challenge and also look to get it on with Crawford.

Porter, as good as he looked last night, and as good as he looked in his other big fights with the likes of Thurman, Adrien Broner and Andre Berto, says he is not yet the complete fighter: “There was some things missing tonight and those aren’t going to be there in the next one.”

Let’s see who the next one is against, and if Porter can indeed get even better than he looked last night.

One thing’s for sure: the welterweight division is in great, great hands. All six of them.