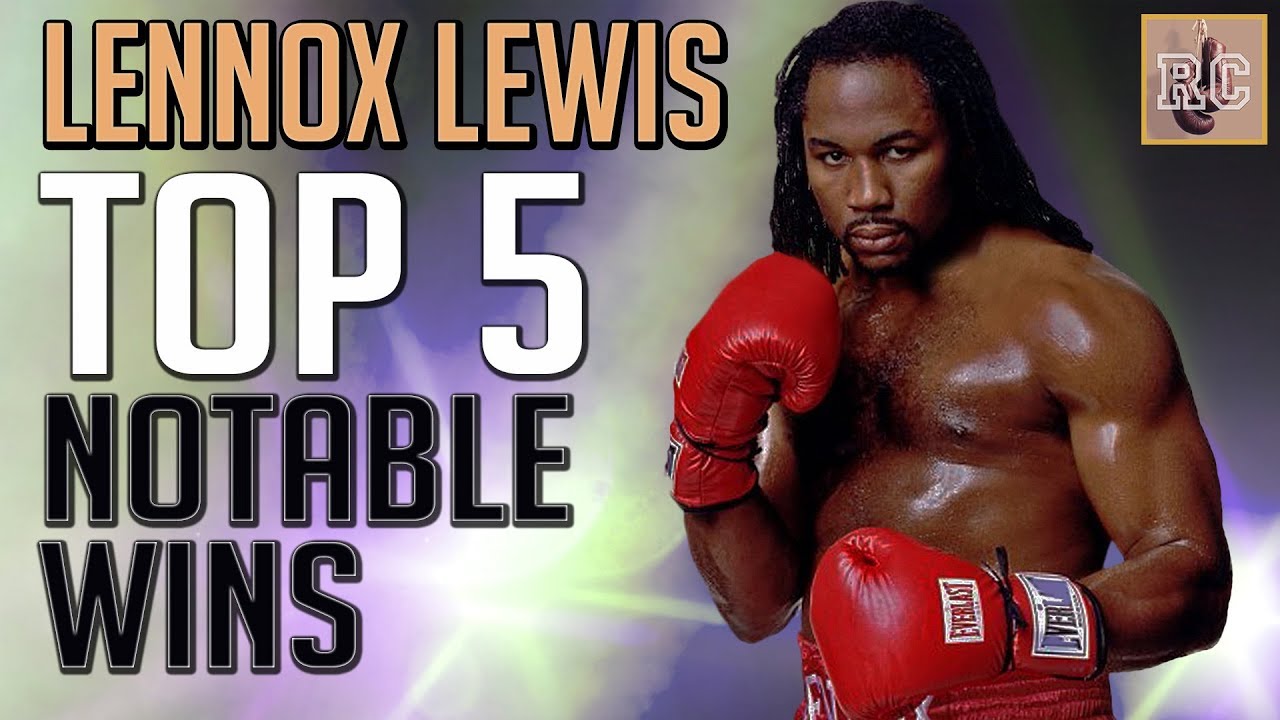 Lennox Lewis is the featured boxer in this edition of the Top 5 Notable Wins series, and with Lewis, he had a lot of high caliber victories that were all on or around the same level, so picking 5 was tricky.

Lennox Lewis holds a unique distinction in that he was one of the few boxers to ever lace up the gloves who defeated each and every opponent he faced during his professional career. Lewis was a three time heavyweight champion, and he was the last undisputed heavyweight world champion since the year 2000. Lewis was also arguably the greatest heavyweight from what was arguably the greatest era in the rich history of the marquee weight class – and if the 90s was not the best era, it is on a very short list.

Lewis is widely viewed as one of the very best heavyweights of all time, and most boxing writers are inclined to include him in their historical top 10 lists. He finished with a professional record of 41 victories, just 2 defeats, and 1 draw, and 32 of his wins were by stoppage. He avenged his two defeats when he won rematches against both Oliver McCall and Hasim Rahman, and the one draw on his record was extremely controversial, where most observers believed Lennox deserved the nod in his first bout against Evander Holyfield, where once again, Lewis was victorious in the rematch.

This edition of Rummy’s Corner will provide a brief chronological recap of Lennox Lewis’ top five most notable victories during his Hall of Fame career. This is the sixth video edition of the new ongoing series that will evaluate the top five notable victories of some of the most famous and successful pugilists who ever laced up the gloves and stepped inside the squared circle. There are no shortage of great champions in boxing history, and the early focus of this new series will continue to primarily focus on heavyweight greats of the past. But we will also ultimately be exploring a slew of other champions from various different weight classes.

Determining the Top 5 most notable wins in a boxer’s career something that is not always something where everyone will agree, since individual taste and personal preference factor in heavily. These five wins alone certainly do not define the totality of Lennox’s greatness – but these wins sure do go a long way towards helping define it.To get one man’s opinion on the 5 most notable victories in the career of the great Lennox Lewis, please watch and enjoy the video.