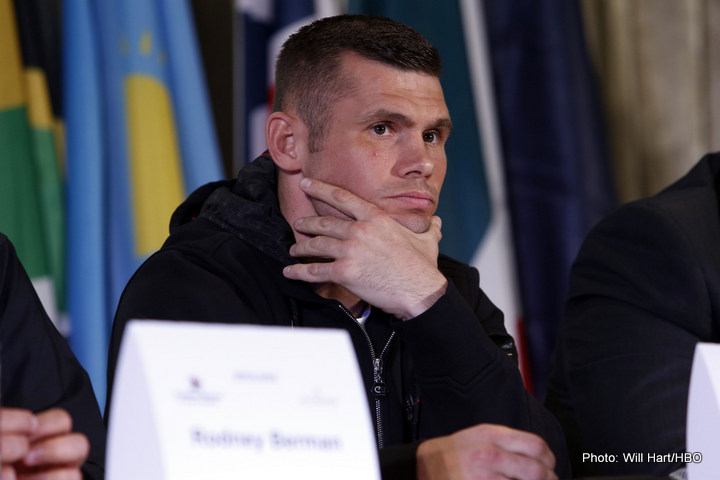 British super-middleweight contender, Martin Murray (32-2-1,15ko), is looking to become world champion at the 4th time of asking when he challenges WBO 168 lb champion, Arthur Abraham (43-4, 29ko) later this month, going so far as to say he will consider retirement if he is unsuccessful.

Murray has moved up to 168 from middleweight, where 3 previous world title tilts have gone against him, the last one being at the hands of destructive Kazakh, Gennady Golovkin, in February, when he extended ‘GGG’ 11 rounds before succumbing – farther than any previous Golovkin opponent.

The Nov. 21 shot at the Sauerland promoted Abraham has come as something of a (pleasant) surprise to the St. Helen’s man, who only joined handlers Matchroom and moved up in weight earlier this year, boxing 3 routine outings against unheralded opposition before getting the call to travel to Germany and go back up to elite level.

“I thought I’d have to push myself and get myself into a mandatory position. I never for one minute thought, it’d be a voluntary [defence] but [Abraham’s] given me that opportunity, so I’m very grateful for it,” Murray told iFLtv.

“With me at this new weight, the time is right for me, experience wise. I’m young and fresh and I’m at my natural weight, so I think that’s why it’s the most realistic chance of me winning a world title,” he added.

“I’m not going over there thinking I need to knock him out. I know I can beat him convincingly and get the decision on points.”

Success opens up a big unification with IBF champion, James DeGale, a fight that both are keen on in the future, yet should he emerge heartbroken for a fourth time in Hannover, then Murray has revealed retirement will be a realistic option for him.

“When I got beat by Golovkin, I kinda knew there was a new path for me at super-middleweight … Now, if it doesn’t work out for me here and I don’t get the decision, I’d have to weigh things up and see, where am I gonna go? How long will it take to get my chance?

“It all ends or it all starts here with Abraham. The outcome of that fight will determine what I do.”