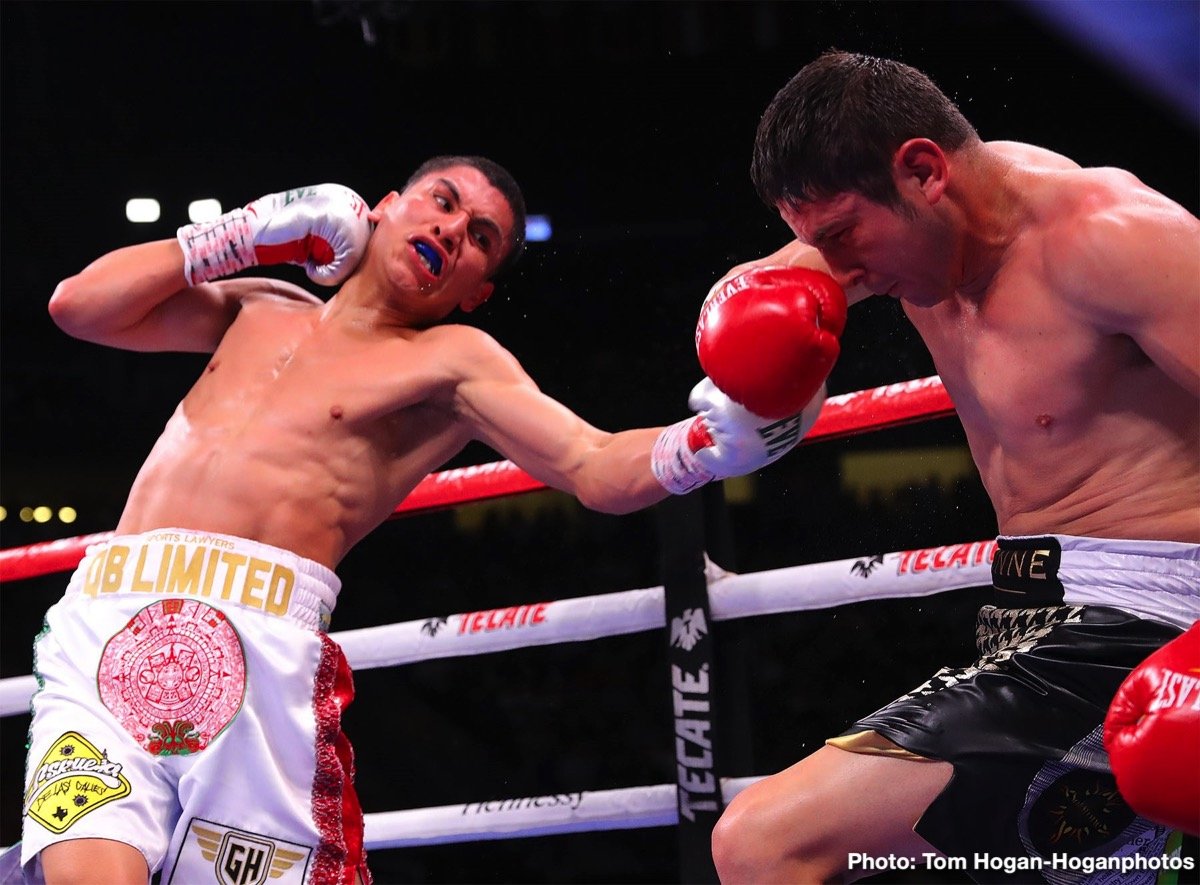 The most dominant rising force in the welterweight division returns to the ring as Vergil Ortiz Jr. (15-0, 15 KOs) defends his WBA Gold Welterweight Title against Samuel Vargas (31-5-2, 14 KOs) in a 12-round main event. Ortiz Jr. will headline a stacked card in his adoptive home of Southern California.

The event will take place Saturday, March 28 at the “Fabulous” Forum in Inglewood, Calif. and will be streamed live exclusively on DAZN. Ticket information for the event will be announced shortly.

“When people think of the future of the welterweight division, one name stands out, and that’s Vergil Ortiz Jr.,” said Oscar De La Hoya, Chairman and CEO at Golden Boy. “Simply put, this kid is special.

“His talent, speed and power set him apart from any other fighter who is moving up the 147-pound rankings. Don’t miss another spectacular knockout performance at the Forum or live on DAZN!”

Since debuting as a professional in 2016, Ortiz Jr. has knocked out every opponent in sight. The native of Grand Prairie, Texas, who has roots in Michoacan, Mexico, will participate in his first fight of the year after stopping Mauricio “El Maestro” Herrera, Antonio “Relentless” Orozco and Brad “King” Solomon in a spectacular 2019.

The 21-year-old knockout artist plans to do the same in 2020, but Vargas stands in his way.

Ortiz Jr. expects Vargas to be a tough test

“I’m excited to be returning against Samuel Vargas,” said Vergil Ortiz Jr. “He’s a tough fighter with a lot of experience, so I know that my talent and skills are going to be put to a tough test.

“I’m also happy to be fighting in Los Angeles at such a historic venue where many legends in the sport have fought. I love this city, and I love the people here, so I’m going to work very hard to perform to the best of my abilities on March 28.”

Vargas is recognized as one of the toughest challenges in any division. The 30-year-old native of Bogota, Colombia has faced a who’s who of welterweight boxers, including Amir “King” Khan, Luis Collazo, Danny “Swift” Garcia and Errol “The Truth” Spence Jr. Vargas plans to engage Ortiz Jr. in a war, something he has yet to encounter.

Vargas plans on making it a war against Ortiz Jr.

“Throughout my career, I have always taken the challenges that other fighters in the division don’t want, and that’s exactly what I’m doing again,” said Samuel Vargas. “Vergil Ortiz Jr. is one of the brightest young stars in boxing, but he hasn’t had to go through a war yet.

“I’ve shown that I’m willing to go through hell in that ring, so if Ortiz is everything he’s hyped up to be, he better be on point March 28 because I know I will.”

Azat “Crazy A” Hovhannisyan (18-3, 15 KOs) will fight for the vacant WBA Interim Super Bantamweight Championship against Jose Sanmartin (30-5-1, 20 KOs) of Barranquilla, Colombia in 12-round clash.

Seniesa “Superbad” Estrada (18-0, 7 KOs) of East Los Angeles, Calif. will make the first defense of her WBA Interim Flyweight Title in a 10-round battle.

Christopher Pearson (17-2, 12 KOs) of Tortwood, Ohio will participate in a 10-round middleweight bout.

Other undercard fights on Ortiz Jr. vs. Vargas card

Ortiz vs. Vargas is a 12-round fight for the WBA Gold Welterweight Title presented by Golden Boy. The event is sponsored by Hennessy “Never Stop. Never Settle.” The event will take place Saturday, March 28 at the “Fabulous” Forum in Inglewood, Calif. and will be streamed live exclusively on DAZN.