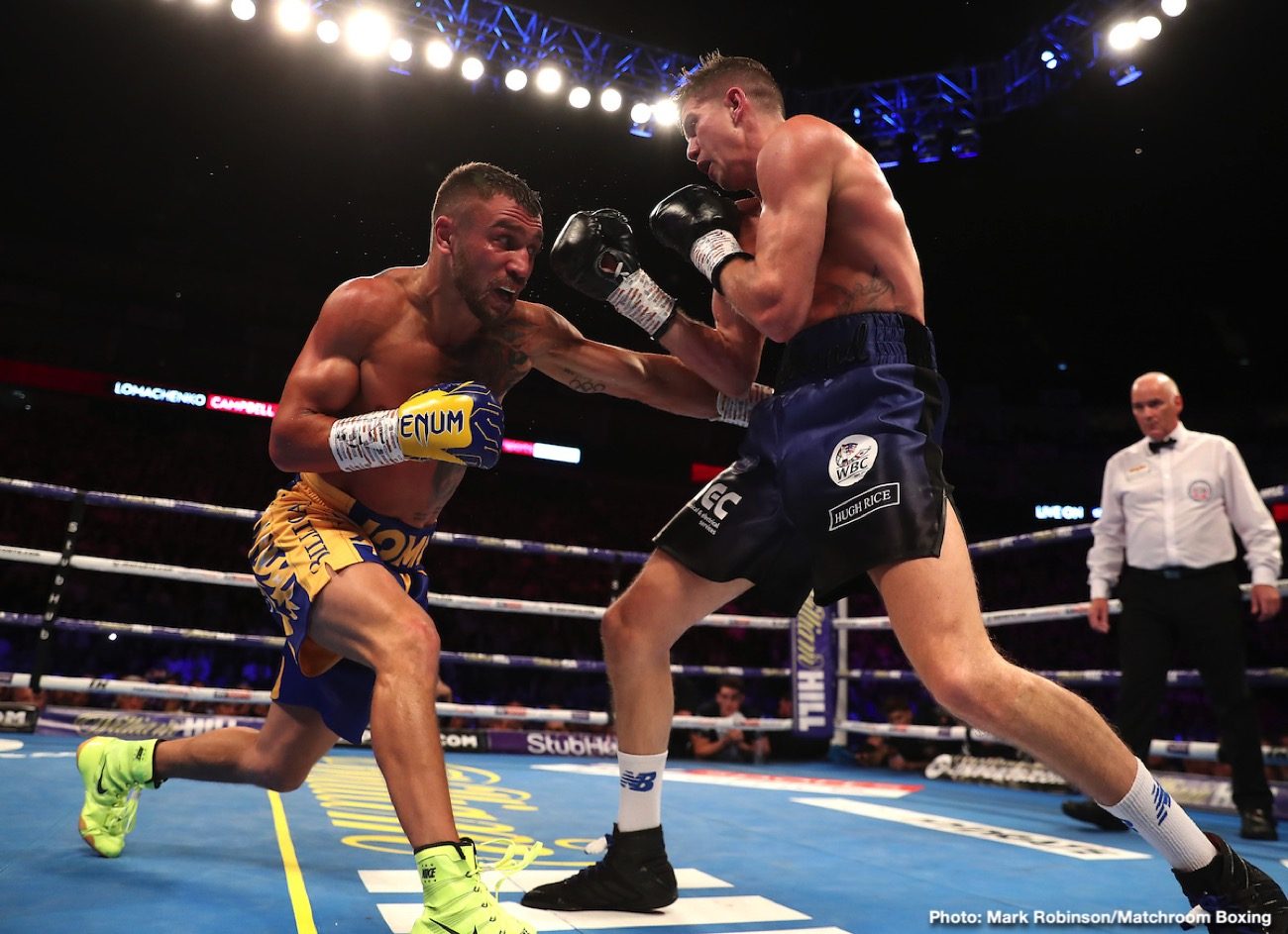 Haney wants WBC to force Lomachenko to fight him

Unified lightweight champion Lomachenko has his sights set on fighting for the IBF title against the winner the Teofimo Lopez vs. Richard Commey. Lomachenko doesn’t have any interest in fighting Haney at this point in his career. Loma is more focused on fighting world champions, and Haney has nothing to offer him right now with his interim WBC trinket.

There’s talk of Lomachenko possibly making a voluntary defense before the end of 2019, and Haney and his promoter Eddie Hearn of Matchroom Boxing want the WBC to force Loma to defend against him. What they don’t want is Lomachenko to be able to take another voluntary defense, and then sit and wait until 2020 to fight the Commey-Lopez winner for the IBF title.

Haney isn’t going to stay at lightweight for too much longer. He says he wants to win a world title, and then move up to 140 to go after the belts in that weight class. That’ll put two divisions between Haney and Lomachenko once he does that. Since Lomachenko averse to fighting guys in the 140-lb weight class, Haney likely will never get a fight against him after he moves up.

Haney is fighting next month against an opponent still to be determined on November 9 on DAZN on the undercard of KSI vs. Logan Paul at the Staples Center in Los Angeles, California.