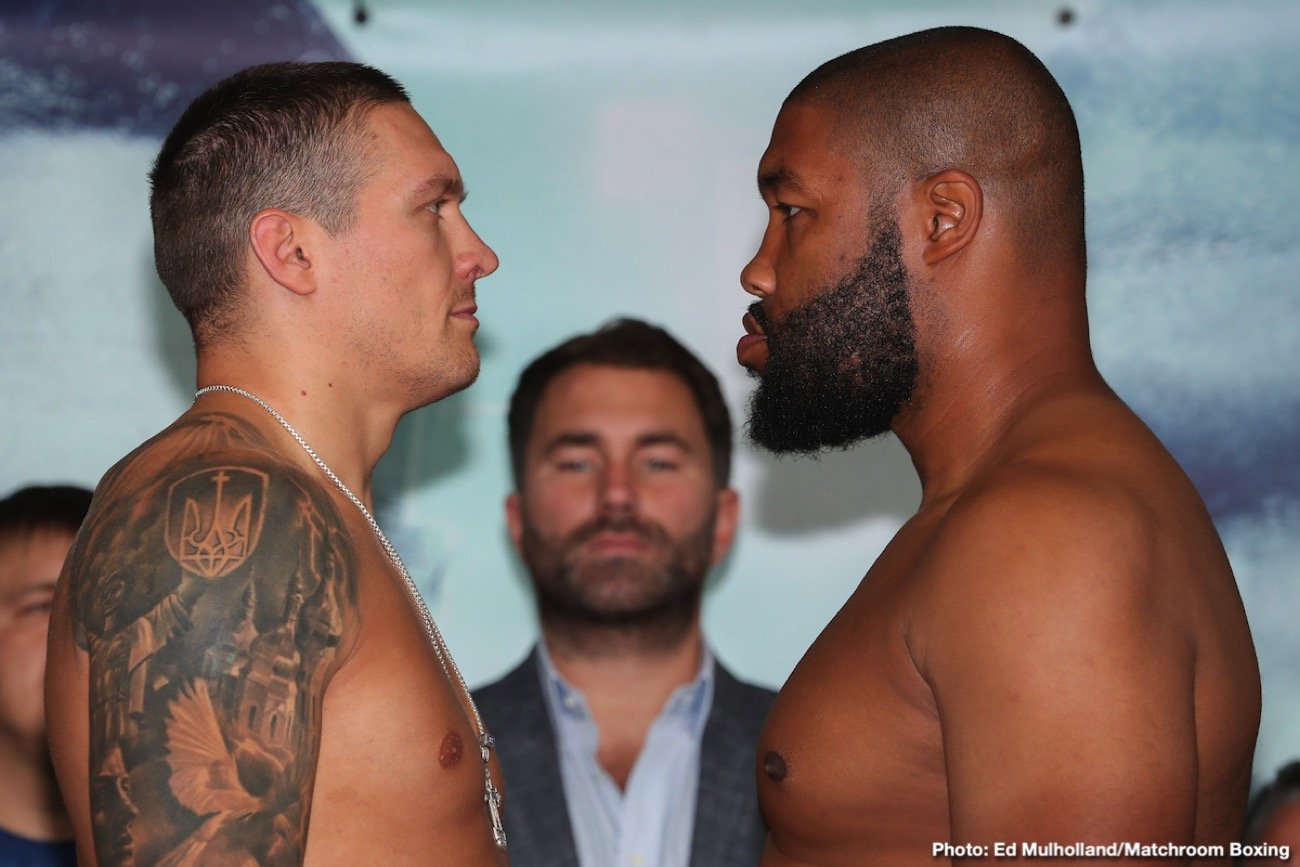 As fans know, Oleksandr Usyk tonight takes the first step in what he hopes will be a campaign that ends with him as world heavyweight champion. Usyk, who has finally settled on veteran Chazz Witherspoon after seeing two or three other possible foes fall by the wayside, will try and emulate his hero, the great Evander Holyfield.

Tonight, against the 245 pound Witherspoon (who really does look to be in fine physical shape at age 38), the first man in boxing history to have won the WBC/WBA/IBF and WBO world titles at 200 pounds will get his first taste (sparring aside) of how it feels to go up against the bulk and the muscle of a heavyweight.

Usyk has the skill, we all know that, but an advantage in weight, height, reach and, above all else, punching power can prove enormous – and this is why only two men in boxing history have ever managed to go up from cruiserweight and claim a legit title at heavyweight also (Holyfield and David Haye). One man who feels Usyk will have major success as a heavyweight is Tony Bellew (who was stopped in the 8th-round by Usyk almost a year ago in Usyk’s last fight), who told Sky Sports that while he would worry for Usyk against giants Tyson Fury and Anthony Joshua, he would pick Usyk to beat Deontay Wilder and Andy Ruiz; who he said he would pick Usyk to defeat if he fought him “tomorrow.”

While Usyk himself has said that Fury would be “hardest” for him to beat, with Wilder being “easiest,” in terms of the big names/champions.

Wilder, quite naturally disagrees, telling Sky Sports that Usyk is “no threat” to him, that the southpaw from Ukraine is “too small” to make it as a heavyweight.

Uysk responded, stating how he likes the fact that the reigning WBC heavyweight champ “is thinking about me.”

Usyk has to get past Witherspoon, and then, probably a top contender, maybe two, before he can get in there with one of the world champions. Even Holyfield engaged in five fights before he challenged for world honors at heavyweight. But next year promises to be very interesting for fans of Usyk. Can he make it as a heavyweight, or not?

For now, a seemingly motivated “Gentleman” Chazz is aiming to give Usyk anything but a friendly welcome to the heavyweight division.