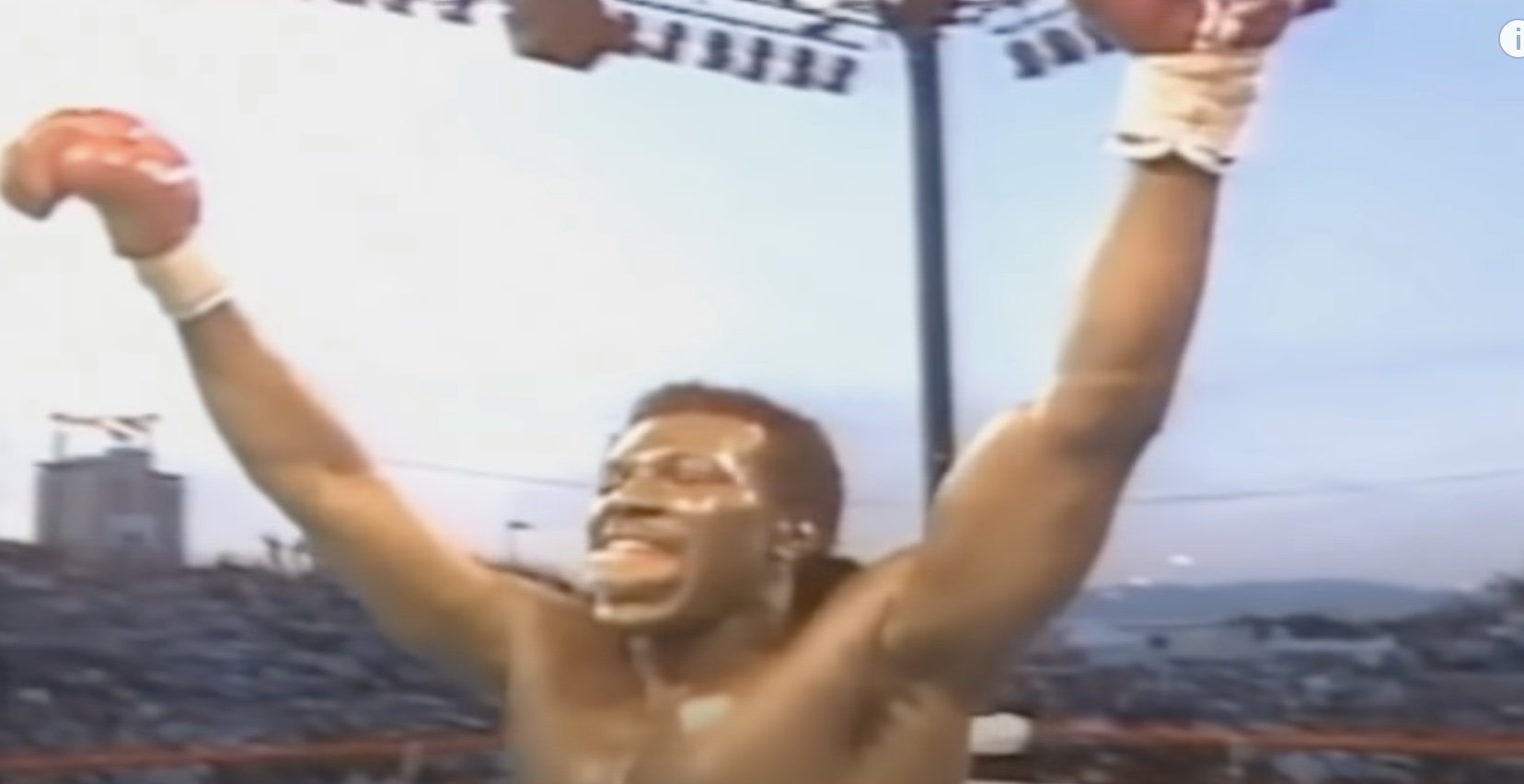 For two brief, shining moments Tony Tucker brushed close to greatness. Firstly, in 1987, Tucker won the IBF heavyweight championship with a stoppage victory over James “Buster” Douglas. Secondly, in the opening round of his unification showdown with a peak Mike Tyson, Tucker notably wobbled Tyson with a swift left uppercut to the chin, the shot dazing Tyson and knocking him back on his feet.

Unfortunately for Tucker, he broke his right hand soon after stunning Tyson, and his big chance, along with his IBF belt, disappeared. Tucker also lost his unbeaten record to Tyson that day in August of ’87. Soon after, the tall, athletic and gifted heavyweight fell into a personal war with drugs. Tucker eventually got himself clean, coming back to thrice challenge for versions of the heavyweight championship. But Tucker, though still capable, was no longer threatening anything like greatness.

A bad KO loss to Herbie Hide basically signalled the end, although a faded Tucker did manage to exit the game with a win. All these years later, and a good number of fight fans remember Tucker. Also upon hearing his name, these fans cannot help but wonder what might have been had fortune smiled on him just a little more than it did.

Tucker wonders about it himself.

Not too long ago, Tony (who turns 62 today), who was a former amateur standout as well as a short-reigning IBF champ, kindly gave up some of his time to recall the biggest, most tantalizing moments of his career. A career that should have featured more highlights than it did.

To this day, Tucker believes he would not only have beaten Tyson if he had not broken (or re-broken) his hand the way he did, but that he would have knocked him out.

“I would have knocked him out [if I hadn’t broken my hand],” Tucker told me firmly. “He couldn’t beat me, not with [me having] two good hands. No way. I kind of blame my dad for that defeat. I was sparring ahead of the Tyson fight and I hurt my hand. I told my dad and he told me, ‘use your left hand!’ But I was in pain. My dad said I could have ten days of therapy – but the fight was just ten days away. My dad told me that if I didn’t fight we wouldn’t get paid. My dad convinced me I’d be okay in the fight. But Tyson, he never once hurt me in the fight. I was desperate for a rematch. How desperate? Enough to sign up with Don King! But Tyson went to jail and I never got it.” (note: it’s worth remembering how one judge had the Tyson-Tucker fight quite close at the end, at 116-112 for Tyson)

Tucker on his earlier days as an emerging contender:

“I met some good fighters. Jimmy Young, he was real slippery. He was able to roll with the shots real well. And me and Buster, that was a great fight. We both had our dads training us. We had also sparred before, and we both knew we had a lot to prove. I beat Buster but I wasn’t shocked when he knocked out Tyson. Tyson was a bully, but Buster bullied the bully. I knew he could beat him.”

Tucker on a fight with George Foreman that almost happened in 1995:

“I wouldn’t have been a good fight for Foreman (George was stripped of the WBA title for refusing to defend it against Tucker). He did what was best for him. I would’ve outboxed him. I’m not sure I’d have knocked him out though. But I’m a Christian like George and I’m glad the fight never happened. I might have hurt him bad.”

Tucker on going out a winner, in doing so wiping the smile off Don King’s face!

“(Laughs) My very last fight, I fought a guy named Billy Wright, who was knocking everyone out. I knocked him out in the first round. I can remember looking at Don King’s face and he was not happy! I was supposed to lose. King thought he’d let the guy use my name, get it on his record and go on. Which is the same thing Herbie Hide did (Hide stopping a faded Tucker in two rounds the year before). I beat the guy [Wright] and then I decided to retire right then and there.”

Tucker’s final ring record reads an impressive 57-7(47). He retired in May of 1998. Tucker ruled as IBF heavyweight champion from May 30th to August 1st of 1987. Only three men managed to stop him, two of them (Hide and John Ruiz) at the end of his career.