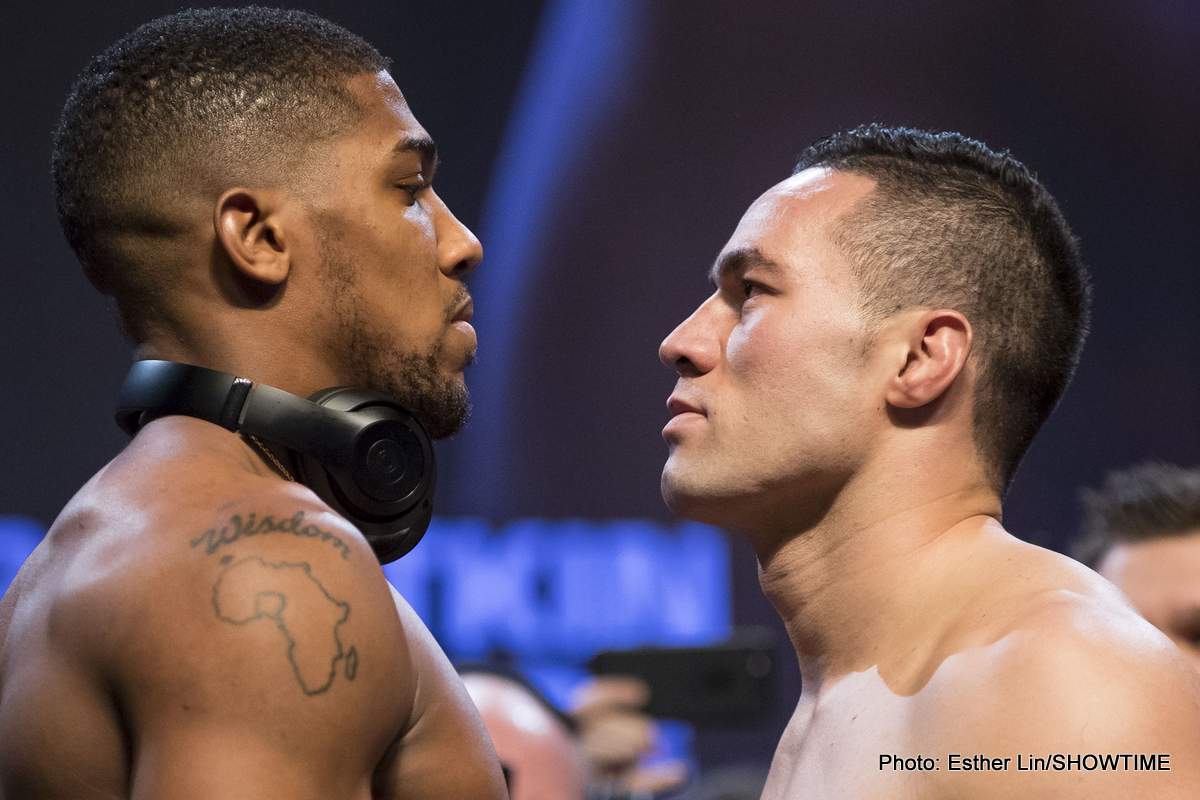 Both men looked to be in quite superb condition, and AJ weighed-in at his lightest in his last six fights – as he vowed to do. In the recent past, the critics have said Joshua has been guilty of carrying too much weight; too much muscle mass, but today he looked sleek and noticeably lighter than he did for his big fights with Wladimir Klitschko and Carlos Takam. Whether or not this will help Joshua remains to be seen, but it does look as though AJ is ready to use speed and movement in tomorrow’s big fight.

Parker too looked sleek and he has said how he feels Joshua will not be as fast a boxer as he will be.

On the under-card, Alexander Povetkin and David Price will clash in what most people see as a mismatch the Russian will win and win easily. Price, though, will be carrying quite a weight advantage over the visiting fighter.

Fans now await one, maybe even two great heavyweight rumbles. Over 200 countries around the world be carry the fight and a huge live audience of around 80,000 will be in attendance.

Joshua paces himself well, boxes well behind his long jab and is content to win via a reasonably wide 12-round unanimous decision. Joshua will be happy to have gone the full 12-rounds for the first time in his pro career.

Povetkin gives Price early respect before coming on as Price, so fatigued due to having burned up so much nervous energy, inevitably fades. Povetkin takes Price out somewhere in the second half of the fight, round-seven or round-eight.