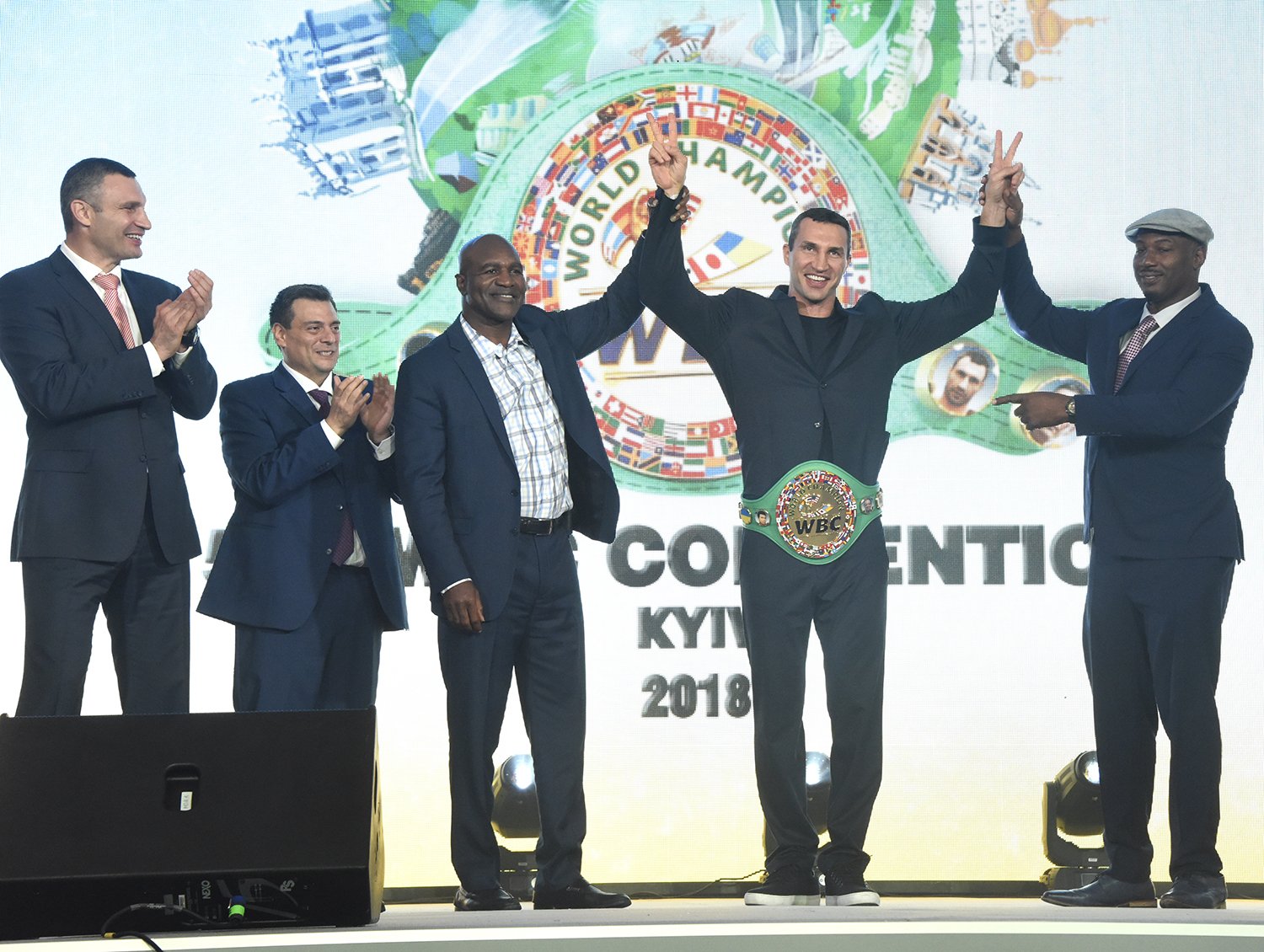 Photo: World Boxing Council – The two Klitschko brothers, Wladimir and Vitali, have, together and individually, collected many awards and accolades over the years. The two former heavyweight kings, now retired, are recognised as greats, the two having dominated the division for many years. At The WBC convention in Kyiev, yet another distinction was handed to the two brothers from Ukraine: that of the pair going into the Guinness World Records.

It was announced at the evening gala how the two modern day legends will go in due to how they are brothers who won the most word heavyweight title fights. Wladimir fought in a staggering 29 world title fights (WBO title bouts included), while older brother Vitali boxed in a not too shabby 17 world title fights. Together, that’s a truly astonishing 46 world title fights! The two greats didn’t win them all – Vitali most noticeably losing to Chris Byrd and to Lennox Lewis, Wladimir being defeated by Lamon Brewster, Corrie Sanders, Tyson Fury and Anthony Joshua is big world title encounters – but the Klitschkos sure proved their excellence over the years.

Vitali says the latest award to be presented to he and his brother was a surprise.

“This award is a surprise for me,” Vitali wrote on his Facebook page yesterday. “Our record with Wladimir is a record for all of those who supported the Klitschko brothers, who supported us and Ukraine. After all, we always defended the honour of our country.”

It took time for the two giants to be fully appreciated and to get full respect (some fans moaned and groaned aloud how “boring” Wladimir was, while the critics gave Vitali a tough time for “quitting” in his fight with Chris Byrd, back when Vitali suffered a nasty, potentially career-ending shoulder injury), but eventually the two men achieved greatness.

Both men are genuine Hall of Fame fighters and many experts have both Wladimir and Vitali down as all-time greats. It will be a long, long time before two brothers manage to dominate the heavyweight division the way these two gentlemen of the sport did.