“This fight is a chance to send a message to all the other fighters at 154 pounds,” said Gausha. “I want to control every round against Lubin, and if I get him hurt, I’ll be looking to get him out of there. I’m planning to show the gap between us as fighters. He was the one to call for this fight, but anyone who plays with my name, I make sure to send for them.”

Gausha has trained with coach Manny Robles in Los Angeles, with minimal disruption because of the COVID-19 pandemic. Also, the extra time off has allowed spare healing time for the hand injury that forced him to withdraw from a previously scheduled fight against Lubin last year.

“Before the pandemic, we trained as a team with in-house sparring, but now it’s just slightly more restricted,” said Gausha. “Now it’s usually just me, my coach, and then whatever sparring partner we bring in for that day. Usually, I’d go to LA Fitness for some night training and treadmill work, but now we’re working out in the park and running outside. 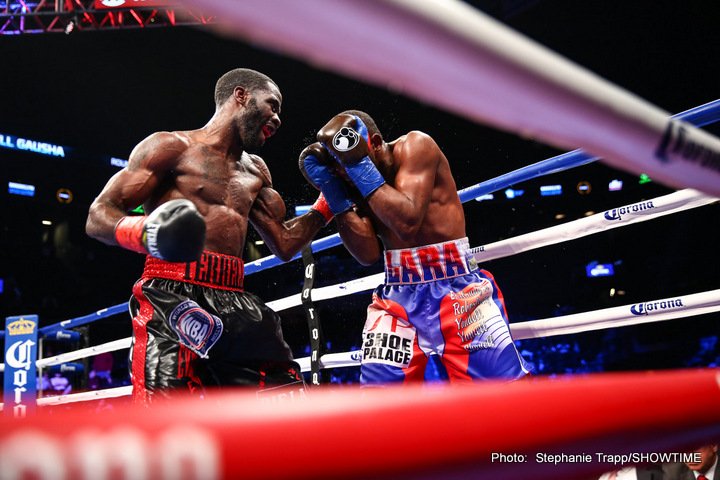 “My hand has healed,” added Gausha. “I’m ready to go full-throttle, and I have no problems there anymore. The pandemic helped the healing process because I wasn’t using my hands as much. So I’m 100% now.”

Lubin presents a chance for Gausha to score a signature victory on his road to a second world title fight. While he didn’t harbor any frustration in having to pull out of the original battle against Lubin, he made sure to watch his fight against Nathaniel Gallimore closely, noting his September 19 opponent’s improvements.

“Since Lubin’s loss, I know he switched trainers, and I think he’s taking more time and fighting smarter now,” said Gausha. “I wouldn’t know it was disappointing watching Lubin fight Gallimore, but I think things would have gone differently for him if he had been fighting me.

“September 19 is going to be a great test for me. Lubin is a young elite fighter, with his only loss coming against a world champion. Taking care of Lubin is going to show everyone that I’m ready for another title shot.”

Gausha bounced back from his only career loss, a decision to then WBA 154-pound champion Erislandy Lara in 2018, by knocking out Joey Hernandez in the first round of their December 2018 clash. Most recently, Gausha fought to a split draw against former champion Austin Trout in May 2019. With the experience against veteran southpaws in Lara and Trout, Gausha believes he is primed going into a showdown against another lefty in Lubin.

“I think I’m a lot more poised these days,” said Gausha. “In the Trout fight, I pressed the fight in the beginning. I did some different things, and I showed that I could use my footwork. Lara was my first test with an elite southpaw, and then I had Trout in my last fight. So I’m even more prepared for Lubin after those fights. I’m just more relaxed in there and sure of myself.” 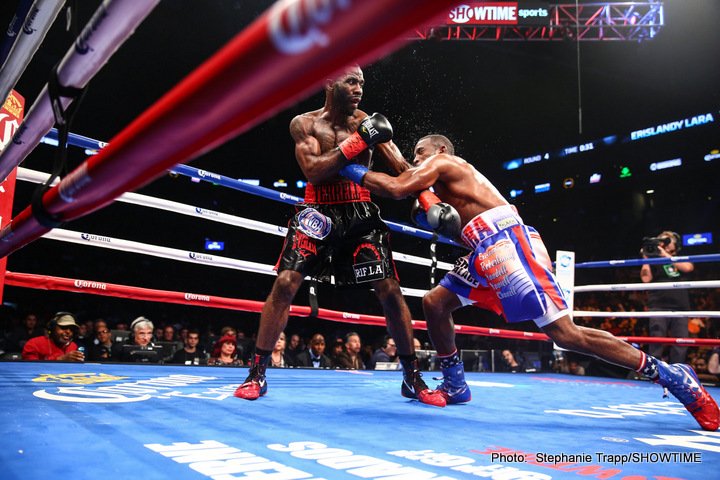 With the WBC title eliminator, Gausha could put himself in line for the title currently held by Jermell Charlo, which could end up being a fight for three belts against the winner of the September 26 unification showdown between Charlo and WBA and IBF 154-pound champion Jeison Rosario. No matter who emerges from the Charlo vs. Rosario battle, Gausha believes he stacks up well against their styles.

“I think the winner of Charlo vs. Rosario would be perfect for me,” said Gausha. “I think I’d match up well with either one of them. They both like to stay busy in the ring, and I like my chances against that type of fighter.”

“I don’t think Gausha is on my level…I have to make a statement in this fight.”

– Top super welterweight contender Erickson “Hammer” Lubin knows that a convincing victory over Terrell Gausha will put him back in position to capture a world title, as he nears their WBC Super Welterweight title eliminator showdown this Saturday, September 19 headlining action live on SHOWTIME in an event presented by Premier Boxing Champions.

“I respect him as a fighter, but I don’t think Gausha is on my level,” said Lubin. “He’s standing in my way of becoming a world champion, so I need to take care of business Saturday night, and look good doing it. I have to make a statement in this fight.”

Lubin and Gausha were set to meet on SHOWTIME last October, before Gausha was forced to withdraw due to a hand injury. Gausha presents the biggest test for Lubin in his pro career since his only defeat against WBC Super Welterweight Champion Jermell Charlo.

“Gausha is a U.S. Olympian who’s fought at the championship level, so I know he’s going to bring that experience to the table,” said Lubin. “This is a chance for me to show my growth in the ring and really separate myself as one of the elite fighters in this division.”

The 24-year-old Lubin has won four-straight fights since his 2017 defeat to Charlo, with three coming by stoppage. The winning streak has coincided with him bringing in renowned trainer Kevin Cunningham, who was also the head trainer for former world champions Devon Alexander and Cory Spinks, amongst others.

“We’re out here in West Palm Beach, Fla. and training camp has been going as planned,” said Lubin. “It’s just hard work and dedication day after day. Coach Cunningham and I are working great together. Everyone knows that he’s a no-nonsense type of trainer, so that mindset is contagious. I’ve done everything that’s been demanded of me so far in training. I’m in great shape and will be ready to go into deep waters if the fight goes the distance.”

Lubin returns to fight on a SHOWTIME platform for the fourth-straight bout and his second consecutive headlining appearance after his October 2019 unanimous decision victory over Nathaniel Gallimore in the main event.

“It’s always a great feeling to be fighting on the big stage on SHOWTIME,” said Lubin. “This is a title eliminator, so everything is on the line for me. I have to bring the heat from the opening bell. We are in the business of entertaining the fans, so I’m coming with everything I’ve got. Fans can expect to see an explosive fight on Saturday night.”