Teofimo Lopez (16-1, 12 KOs) took to social media to reflect on his disappointing loss to George Kambosos Jr. last Saturday night. The former undisputed lightweight champion Teofimo insists that it’s going to take more than a 12 round split decision loss to Kambosos (20-0, 10 KOs) to break his soul.

The ultra-confident Kamboso bragged ahead of time how he was going to march into Madison Square Garden in New York City and defeat IBF/WBA/WBC Franchise/WBO lightweight champion Teofimo, and that’s precisely what he did.

In the first round, Kambosos stunned the MSG fans at ringside by dropping Teofimo with a straight right to the head.

Although Teofimo wasn’t hurt from the shot, he never failed to come back from that to dominate the way he initially had in the first two and half minutes of the first round.

What’s more than a little alarming is Teofimo and his dad Lopez Sr. saying that they’re not going to take the rematch with the 28-year-old Kambosos is generously offering them in Australia.

If Teofimo wanted to show the boxing public that his loss was just a fluke, it would make sense for him to take Kambosos up on his offer to fight him in front of 80,000 fans in Sydney, Australia in the first quarter of 2022.

Thank you all for the love and support tonight. I’m grateful for you all and I know God has his plans set for me. They can punch me high, kick me low. It’s going to take more than that to break my soul! God bless everyone and Happy Holidays. See you all back in the ring in 2022🤍 pic.twitter.com/Oe5CtG7K3x

“You leave yourself open when you go for it against a top fighter, a really top professional fighter, you have a good chance of getting knocked on your a** yourself,” said Kambosos’ promoter Lou DiBella to Fighthype in reacting to his win over Teofimo Lopez.

“That didn’t shock me. By the way, I didn’t think he [Teofimo] was badly hurt in the first knockdown.

“I think what he was hurt by was the realization that this little mother f**** is coming out there winning round after round, out-landing him. He knew by the middle of the fight that he had to turn something around.

“By the way, he gave it a little bit more early in the second half of the fight,” said DiBella about Teofimo. “He pulled some rounds out and closed the gap.

“As soon as George saw that gap closing, and got nailed himself [in the 10th], you saw what happened in the last couple of rounds and again like a champion, turned it around and turned the fight right back in his direction.

“It was a brilliant performance [from Kambosos]. The world thought he was crazy. The kid was talking all this smack the last couple of weeks, and everyone thought he was nuts, right?

“He walked into that fight saying, ‘I’m going to win, this is my night,’ and he did it. I don’t think the multiple days helped, I don’t think so.

“If anything, it shows the mental strength [of Kambosos] to go out and have the fight of your life after all those delays, after all that time off,” said DiBella. 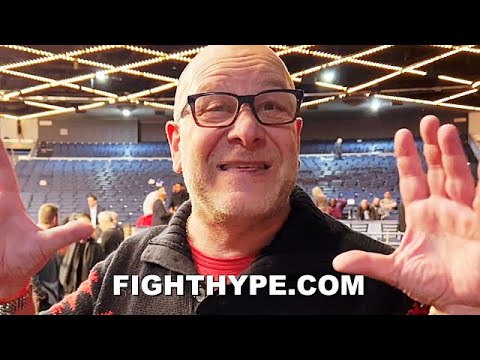