Teddy Atlas believes Edgar Berlanga was looking for an out when he chose to bite Alexis Angulo last Saturday night because things were not going the way he needed at Madison Square Garden in New York.

Atlas says Berlanga’s promoters misled the public by matching him against 16 “doormen” at the start of his career to make him look like a “monster” to make money.

Unfortunately, the unbeaten super middleweight Berlanga (20-0, 16 KOs) wasn’t a monster, and he’s now been exposed in his last four fights after his management stepped him up against better opposition.

Along the way, Berlanga seemed to lose his cool in the seventh round and then went for a bite on the neck of Angulo.

Atlas believes this was a move of desperation on Berlanga’s part, hoping to intimidate Angulo into not fighting hard.

If that was Berlanga’s rationale for biting the 12-year professional, it was never going to work. Angulo is a former two-time world title challenger, and he has way too much experience to be cowed by a bite on the neck.

“He’s not mature enough, he’s not tough enough, and he showed a weakness. He’s not ready, he’s not the monster,” said Teddy Atlas on The Fight podcast about Edgar Berlanga, reacting to him attempting to bite his opponent Alexis Angulo last Saturday night in New York.

“Berlanga has got himself a problem because it’s showing itself now,” continued Atlas. “I’m a doctor. That’s a symptom, and if you don’t treat that symptom, it’ll lead to something worse.

“Yeah, he was 16-0 with 16 knockouts [to start Berlanga’s career]. They got him 16 doormen. Some doormen are tough. I don’t want to insult doormen. Angulo is 38 years old, and he’s been stopped once by Benavidez.

“He fought two big fights and two big losses in title fights or with top guys. Those are his two losses [Gilberto ‘Zurdo’ Ramirez and David Benavidez], but Angulo was 38 years old and he was a slow, plodding guy that’s one-dimensional.

“He should have been made to order, especially if you’re the banger, the vicious monster. That’s why they [Top Rank] picked this guy [Angulo to be a showcase fight for Berlanga]. They didn’t make a mistake.

“The mistake was not understanding and evaluating their fighter to this degree because most people can’t. The problem is when you’re 16-0 with 16 first-round knockouts, you never develop the things I’m talking about.

“The mind part doesn’t develop without resistance, and there’s no resistance in those fights without turmoil, without going through something, without overcoming something. He didn’t have to do that,” Atlas said of Berlanga.

“I’ll tell you another thing that gives you a wrong slant, a wrong thought that leads you the wrong way. That he’s a great, great, great puncher. It doesn’t mean that.

“It means you put guys in front of him that didn’t have a great chin and weren’t great defensive fighters. That’s part of it. I’m not saying he’s not strong and can’t punch but he’s not that. He’s not George Foreman, he’s not even Benavidez.

“You get misled because they want to mislead you because the promoter and the manager want to build a monster because that makes money. That’s what sells, monsters & dinosaurs.

“They got a guy that boxes on the outside, a guy that had a 38-year-old, a slow one-dimensional guy, and you know what he chose to do? Play it safe and box.

“Some people will say, ‘He played it smart.’ Okay, I’ll go with you, Ken. But you know what? That’s not what they built him on. That’s not why people are tuning in. That’s not where his fanbase is coming from.

“They’re coming for the monster. They’re coming to see him destroy guys,” said Atlas about Berlanga. “I didn’t commit those actions, he did.” 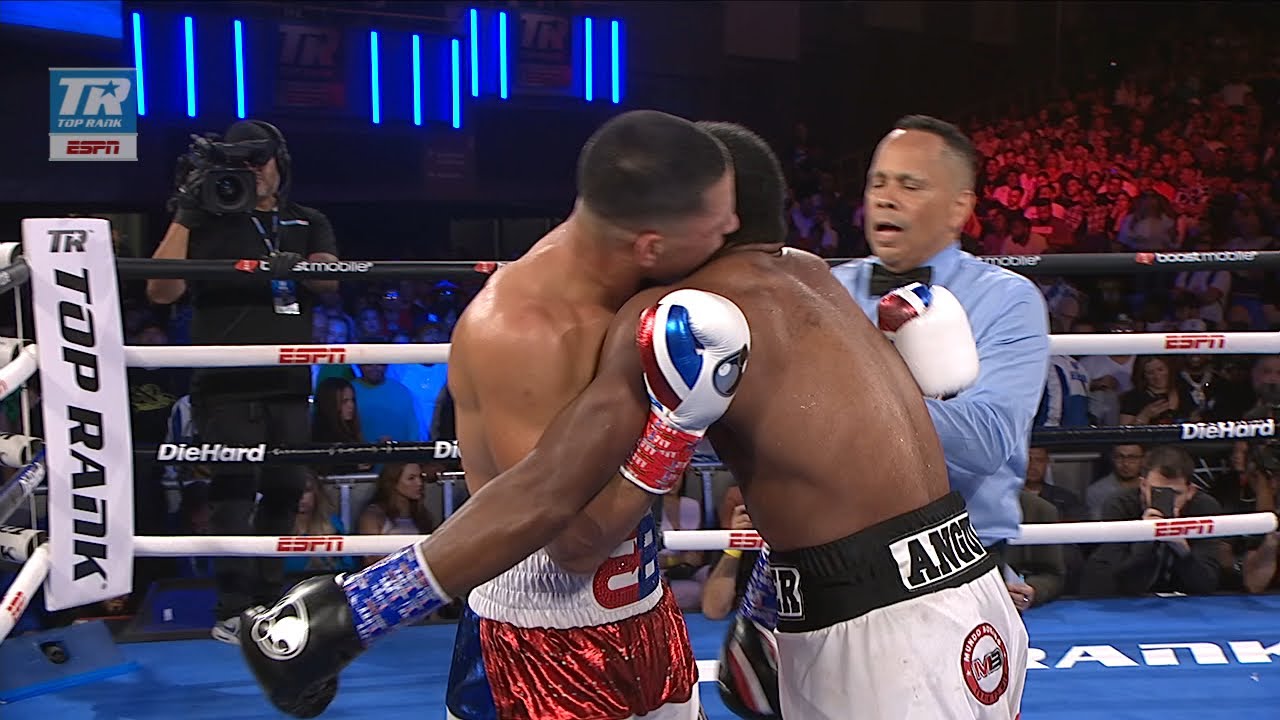