Herring will defend his world title against Stevenson on Saturday, Oct. 23 (ESPN & ESPN Deportes, 10:30 p.m. ET) at the award-winning State Farm Arena in Atlanta. One of the year’s most anticipated fight cards will also include the return of middleweight prospect Nico Ali Walsh, grandson of “The Greatest,” who turned pro in August with a first-round knockout.

The undercard — streaming live and exclusively on ESPN+ — will see the return of Olympian Troy Isley (2-0, 1 KO) in a six-rounder at middleweight, Georgia native Haven Brady Jr. (3-0, 3 KOs) in a four-round featherweight tilt, and the A-Town debut of junior middleweight prospect Evan “Yung Holy” Holyfield (7-0, 5 KOs), an Atlanta native and the son of heavyweight legend Evander Holyfield.

At Thursday’s kickoff press conference, this is what Top Rank chairman Bob Arum and the fighters had to say.

Read:  There's No Way Crawford Vs. Porter Ends Up Being Anything Other Than A Great Fight

“We have the champion, Jamel Herring, who is a real tough, tough guy. You don’t serve two tours of duty as a Marine in Iraq unless you’re a tough guy. The knock on Jamel had been he didn’t have much punching power. But he showed that he did when he recently stopped the great {Carl} Frampton. I know that he is poised and ready for this fight, and you’ll see ‘The Fighting Marine’ in action. Now, it’s no easy task for him because he faces the young man that many of us in boxing have been touting for years as being the new face of boxing, the new star in boxing, the guy who will beat everybody on his way to superstar glory. And so far, Shakur Stevenson has demonstrated that ability. He knows this is a tough fight, but he always comes prepared. I guarantee you all that you will be seeing a tremendous, competitive main event on Oct. 23.”

“I look at every fight different. This fight is no easier than any fight I’ve had in the past. I always gave Shakur his respect. I know what I’m going up against, but that’s what motivates me to go in the gym and do what I have to do. I don’t take anyone lightly. It’s familiar territory and another day in the life of Jamel Herring. That’s just how it is.”

“They’re making Shakur out to be the future superstar, but again, maybe he will be a future star in his own right, but right now, we’re focusing on the now. I still feel like I have things to prove to myself, and I’m just going to go out and do what I have to do.”

“Lately, Atlanta has been growing as another city for boxing. It’s great to just not be in a ‘bubble.’ It’s great to actually have fans in attendance for a change. The fans do play a huge part, especially in these big fights. Sometimes you need that crowd to push you and get you riled up. I believe Atlanta will have that great atmosphere that both of us will feed upon on Oct. 23.”

“We both have something to prove in our own rights. He’s young, and he wants to be a two-division champion, which I respect. I feel like I’ve always been counted out. I’m still just fighting for my respect. That’s what keeps me motivated and hungry. I think this fight will bring out the best in both of us.”

“{Jamel} is a just a friend of my family. He’s not my friend. He’s not nobody I talk to outside of boxing. We don’t got no relationship outside of boxing. He’s somebody I see around. He messes with the same people I mess with. Other than that, we’re not friends. I’ve never really been his friend. He’s cool people. I don’t got no problem with him at all. It ain’t like I check up on him when I’m not fighting or he checks up on me. I don’t consider that a friend.

“At the end of the day, I’m coming in there to handle business, and I’m going to make sure I win.”

“First of all, it’s an honor to be sitting here with Shakur Stevenson and Jamel Herring. It’s an honor to be a part of this card, and I think it’s very important for me to be in Atlanta because of the history, obviously, with my grandfather. And my aunt {Laila Ali} fought here as well. It’s just a really exciting time in my life, and I’m really excited for this journey.”

“Everyone I talked to, whether it be Mike Tyson or Tyson Fury or any other professional fighter that I look up to, has said that the first fight is always the hardest because you don’t know what to expect. I’m blessed now that I’ve gotten the first fight over with, and now I’m just looking forward to having fun and enjoying the rest of my boxing career.” 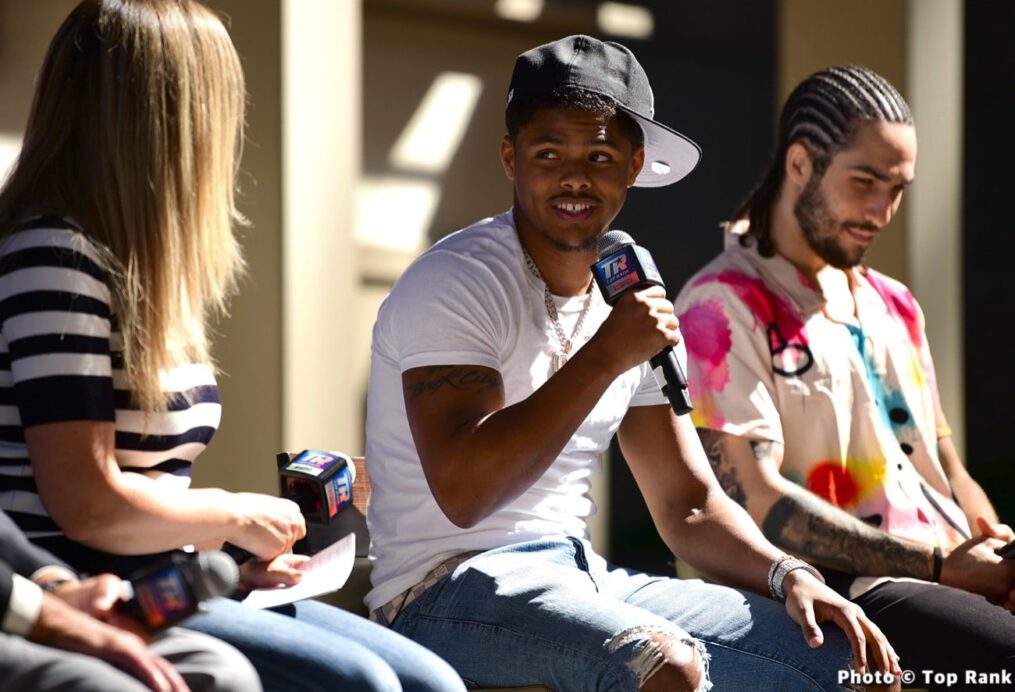 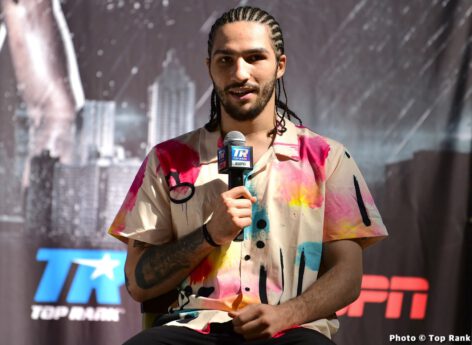 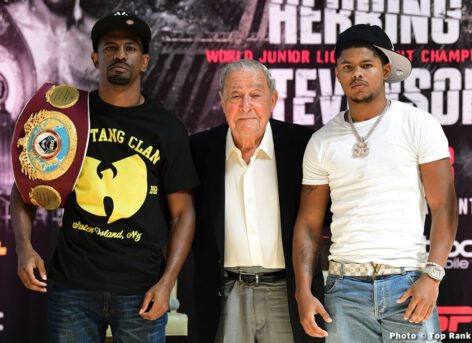 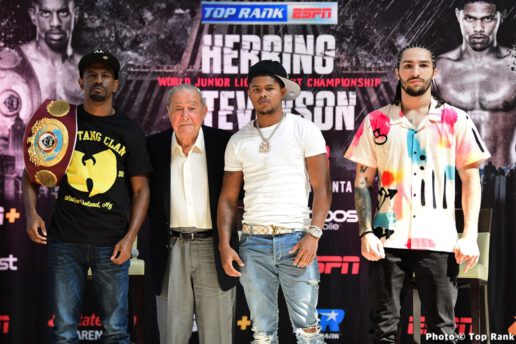 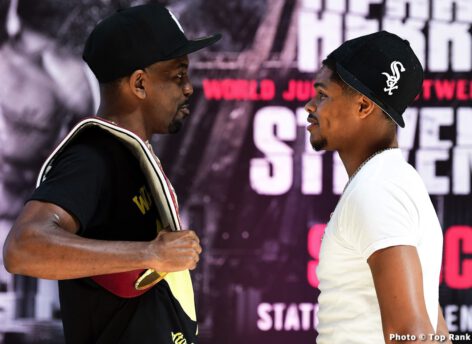 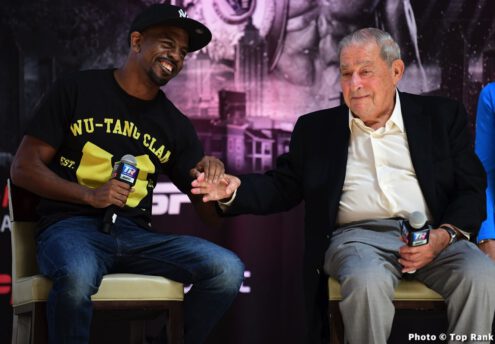