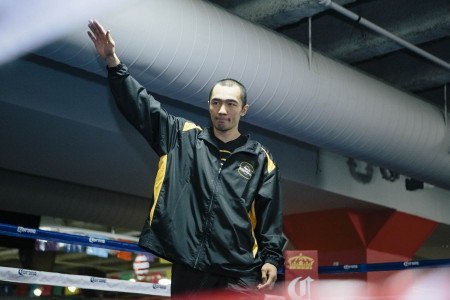 Hopkins tried to roll with the punches, but there was no mistaking the fact that he was hit many clean punches during the course of the fight. It was lucky for Hopkins that Murat wasn’t a big puncher and nowhere close to being as talented or as powerful as the best fighters in the division in Adonis Stevenson and Sergey Kovalev. Hopkins would have lost to either of those guys on that night if they were in with him instead of the light hitting Murat.

Shumenov has better power than Murat, and superior skills. He’s got the kind of talent that could potentially lead him to victory over Hopkins if he can put enough pressure on the aging fighter.

“I know that I have never faced anyone like Bernard, and it will be my hardest fight,” Shumenov said to RingTV. “I have lived and breathed studying his fights. When you fight Bernard, you have to expect the unexpected. He can use any kind of style. I will have to be prepared to fight against a super human.”

Shumenov shouldn’t make the mistake of putting Hopkins on too high of a pedestal, because we’re still talking about a fighter who was pretty well handled in his loss to Chad Dawson, and who really hasn’t fought anyone with a pulse since the Dawson fight. Hopkins has won his last two fights since then in beating Murat and Tavoris Cloud, but those aren’t quality opponent when compared to the top guys in the light heavyweight division.