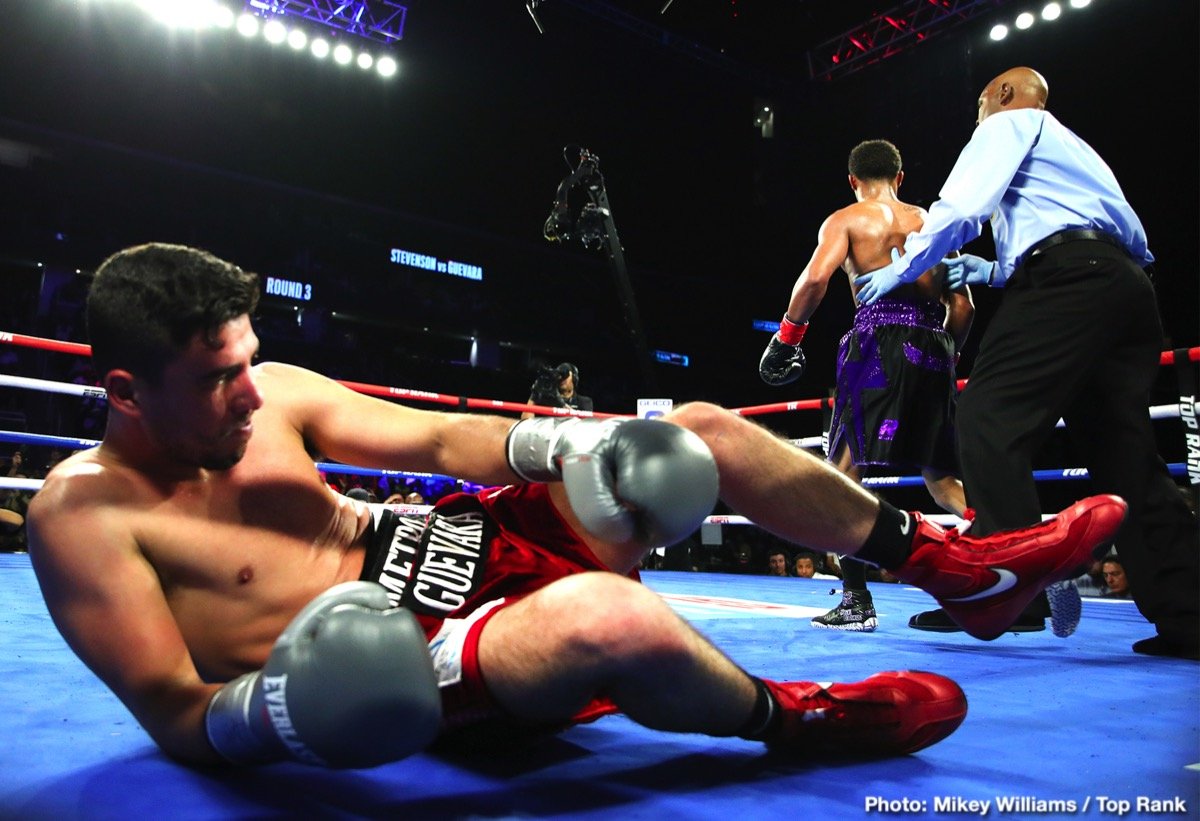 Shakur Stevenson, a genuine world title contender in the opinion of many, not quite there according to others, is a man in a rush. Still just 12-0(7) and coming off an easy night’s work against late sub Alberto Guevara (reports say no less than five other guys, contenders all, took a pass when offered the Stevenson gig), Stevenson has been calling out IBF featherweight champ Josh Warrington for some time. Again calling for a shot at Warrington on Saturday, Stevenson may well get what he wants soon enough. But is he ready?

22 year old Stevenson, still to go the full 12 rounds in a fight (he has gone ten rounds once) said he very much wants to go to the UK to fight Warrington and the styles of the two men would likely make for a very interesting fight. But again, is Stevenson, after just 12 pro fights boxed over a 27-month period, ready for Warrington right now?

Over recent boxing history a special few have been able to win a major world title after just a veritable handful of fights: guys like Oscar De La Hoya and, further back, Evander Holyfield. And there is a real temptation to move fighters too fast these days.
Stevenson may never develop into as great a fighter as Holyfield, or De La Hoya but he sure seems to be on the same speedy path to a title shot.

Warrington is a tremendous action/pressure fighter, but he is no big puncher. The edge in pro experience would of course go to the man from Leeds in a fight with Stevenson, but would Warrington beat up, embarrass or dominate an out of his depth Stevenson? It seems unlikely. Warrington, 29-0(6) struggled quite a bit with the largely negative boxing skills of Kid Galahad last time out and maybe Stevenson’s boxing ability and speed would give the IBF champ a hard time.

Naturally, for we UK fight fans it would be great to see Warrington defend against Stevenson over here, in a stadium fight perhaps. Thus far in his young pro career Stevenson hasn’t in any way shown an obvious weakness or flaw. Win or lose against the all-action Warrington, Stevenson would almost certainly play his part in a good fight.

Don’t be surprised if this fight gets made before the end of the year.