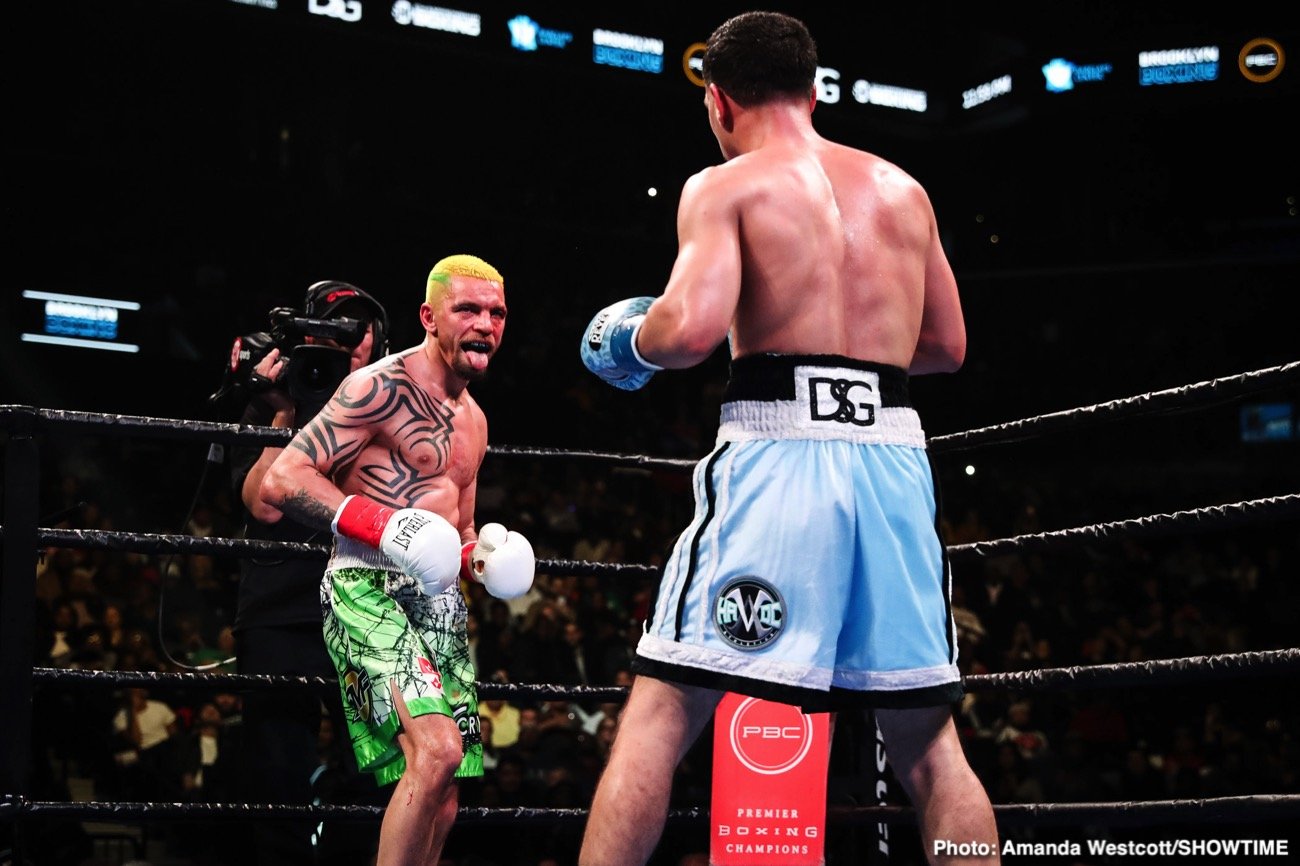 Danny Garcia picked up a good, soild win last night in winning a wide unanimous decision over Ivan Redkach, basically cruising to a victory by commanding scores of 117-111, 117-111 and 118-110, but the former champ did have to overcome some unexpected pain. Garcia, who called out Errol Spence and Manny Pacquiao after improving to 36-2(21), was actually bitten by a frustrated Redkach, who fell to 23-5-1(18).

It was in the eighth round when Redkach, losing the fight and well aware of the fact, decided to sink his teeth in Garcia’s shoulder. And as this modern day “Ivan The Terrible” committed the foul, he whispered “Mike Tyson” into Garcia’s ear as the two were locked in a clinch. Quite disgraceful, if not as ferocious as the time Tyson bit Evander Holyfield’s ear back in the infamous “Bite Fight” of 1997. It remains to be seen if Redkach will suffer any penalty for having done what he did.

Garcia was shocked at being bitten, quite understandably. “He bit me,” a victorious Garcia said. “He said ‘Mike Tyson’ when he bit me. I said, ‘Ref, he bit me.’ I thought I needed stitches or something. That’s my first time ever getting bit in a fight.”

Biting an opponent in the ring, or any place else, really is the lowest of the low. Tyson is not the only fighter to have done it, either. Last year, British heavyweight Kash Ali bit David Price multiple times during his loss, Andrew Golota bit an opponent a number of years back, and now Redkach did this terrible thing last night. Disgusting is the only word for it.

As for Garcia, though he didn’t get the stoppage or KO win he wanted, he looked good in dominating a tough (and dirty) fighter and “Swift” is back in the frame for another big fight. Spence was all set to fight Garcia before he suffered that nasty car smash last October, and maybe Spence will look to fight Garcia upon his return to the ring. It would certainly be a most interesting fight. One with no biting featured.