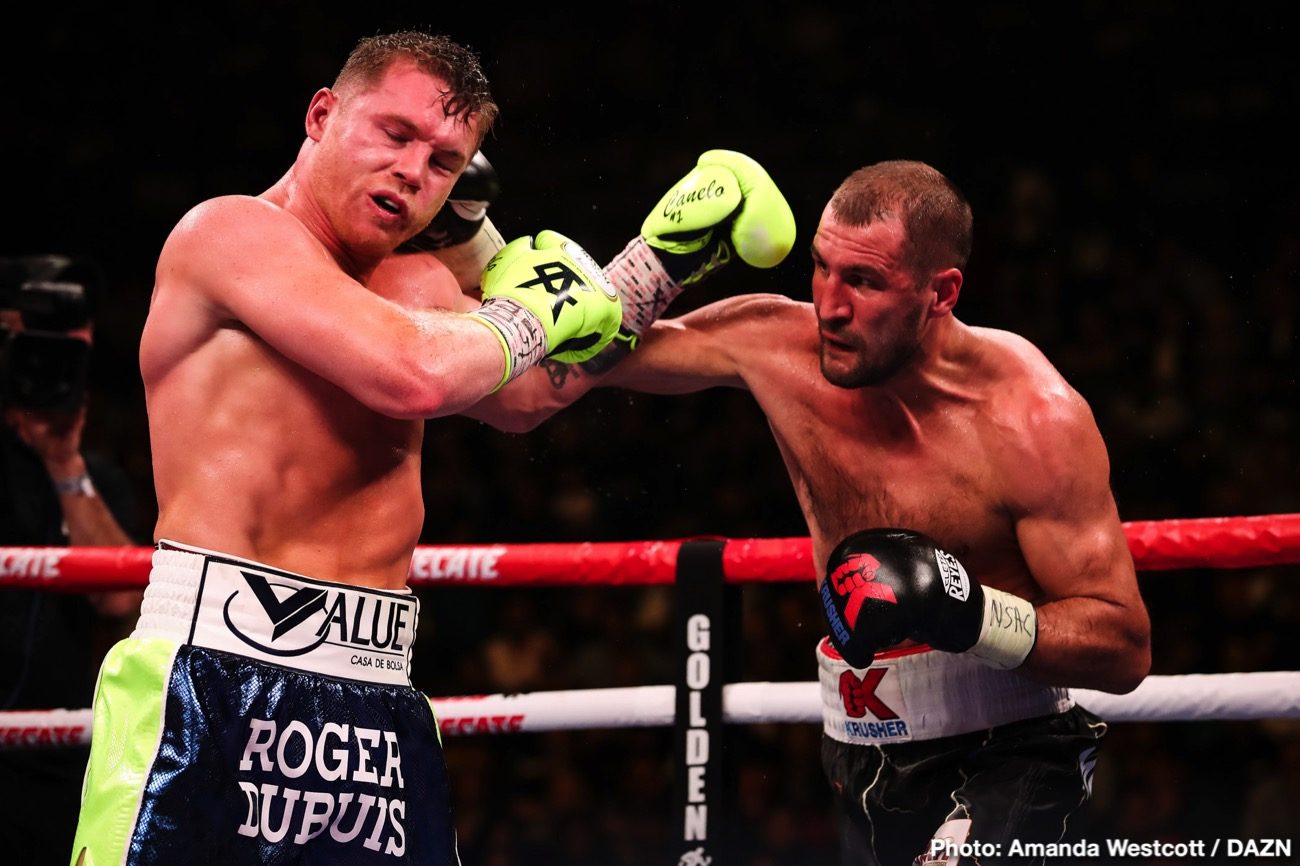 Last seen being knocked out by a middleweight in a failed defence of his WBO light heavyweight belt, Sergey Kovalev is reportedly set for a change in weight division. According to his trainer James “Buddy” McGirt, the Russian boxer-puncher (his boxing side honed by the training skills belonging to the former champ he hooked up with not too long ago), Kovalev will make a move to the cruiserweight division.

Speaking with USA Today, McGirt said his charge will get down to training soon and that the plan is for the 36 year old to get up to the 185 pound mark, no higher. It’s okay Kovalev being a “light” cruiser, Buddy says, that Kovalev can “beat these guys at 185.”

Kovalev will not be venturing onto the battlefield of a weak division. Far from it. In big hitters and tough operators like Yunier Dorticos and Mairis Breidis, Kovalev would be facing pretty stiff odds. How much has Kovalev got left? Would his chin hold up against big, natural 200 pound men when it never held up against the naturally smaller (but obviously gifted) Canelo Alvarez?

Sure, Kovalev the boxer – the man we saw get his revenge over Elieder Alvarez – could, maybe, outbox a Breidis, or maybe new WBC cruiserweight champ Illunga Makabu. But would you pick him for sure? And a fight between Kovalev and “KO Doctor” Dorticis, while a great fight a few years ago, has only one winner here in 2020.

Might Kovalev be better off staying put at 175? Or maybe, struggling to make light heavyweight as he has, perhaps the move up will prove to be a surprisingly good one. The biggest jump up in weight divisions in.boxing is from 175 to 200 pounds (even if Kovalev will aim to settle in at 185 max, in an attempt to retain his speed), and a number of fine light heavyweight names have failed when attempting to make the big jump up.

Kovalev is no spring chicken and he just didn’t look right in the Canelo fight. If that was down to his being dead at the weight, then maybe Kovalev has nowhere else to go but up in weight. But he will need something quite special if he’s to rule again at the new weight.

One fight I myself would certainly find very interesting to see, would be one between Dmitry Kudryashov and Kovalev. Ooh, maybe not, though – that one would be just nasty! Wouldn’t it?