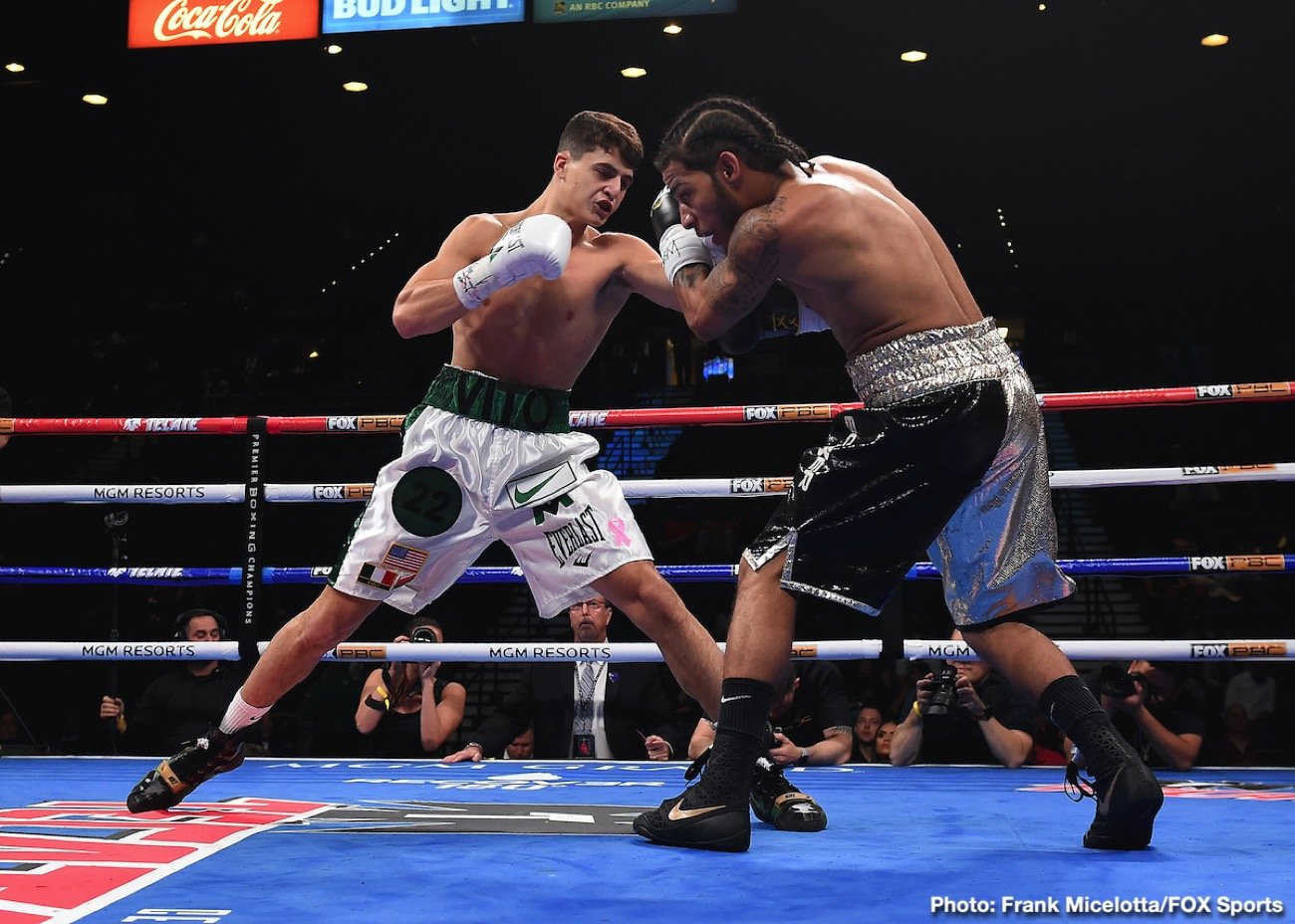 Roseland’s young boxing prodigy 18-year-old Vito (White Magic) Mielnicki Jr will be fighting on the undercard of the December 5 title fight between Errol Spence and Danny Garcia at the AT&T Stadium in Arlington, Texas. He will be contesting against Steven Pulluaim in a 6 round bout the bout is being televised on Fox Sports 2. Vito has the distinction of having received a special exemption from the New Jersey Athletic Control Board to compete at age 17 due to his exceptional skills as an amateur. He started boxing in the amateur ranks at the tender age of 7. He was at an elite level since the age of 9 when he won his first national championship in Vegas at the Jr. Golden gloves. He was a 7 time national champ National Titles Won: 4 Time Jr Golden Gloves National Champion, 2 Time Ringside World Champion, Silver Gloves National Champion, and 2017 USA Jr National Champion. Internationally he achieved a record of 10-2 for a total amateur record 147 -22. Additionally, he was on the USA high performance team 2018 training at Olympic training center in Colorado His competition in the amateurs gave domestic and international travel opportunities that few young people get. His record as a professional is 6-0 of which 4 were won by knockout. His extensive amateur career has exposed him to a variety of boxing styles. He stands at 5’10” currently at welterweight (147 lbs.)

Because of his sterling amateur career and boxing pedigree he has received a better than usual entry into the sport. The majority of fighters as they begin their careers start at small club venues with a limited audience. Vito made his pro debut at the Prudential Arena in Newark and has twice fought in Las Vegas at MGM Grand. Now in his seventh fight he is on the undercard of a major televised fight.

Because of his great promise of success he has an elite team behind him. With Al Haymon as his adviser, signed by Premier Boxing Champions who are grooming him to be a star attraction and probable future World Champion in three to four years. His team is moving him slow to allow his body to mature and further hone his skills. He has moved to Los Angles to be trained by Hall Fame trainer Joe Goossen. With Vito being only 18 years old at 147 lbs. there is the potential for him to be a multi-divisional titlist as his frame fills out. So many celebrities in sports and entertainment let the fame take them down wrong roads. This won’t be the case with young Vito. His Mother is a guiding force that keeps his feet on the ground and level headed.

He is a graduate of West Essex High School of Roseland having the discipline to pursue his athletic training while completing his scholastic requirements. His interest in boxing at the age of 7 came from watching boxing with his Father. Boxing came as a natural interest as his Father Vito Sr. is a promoter with GH3 Promotions. GH3 has many world-class elite boxers under its promotional banner. This plus his success at the amateur level gave young Vito the inside track on starting his career. He has two Sisters that attend Penn. State and a younger brother who attends the Lester C. Noecker School of Roseland.

Both Father and Son hope to make Roseland proud of a future big name star in boxing.