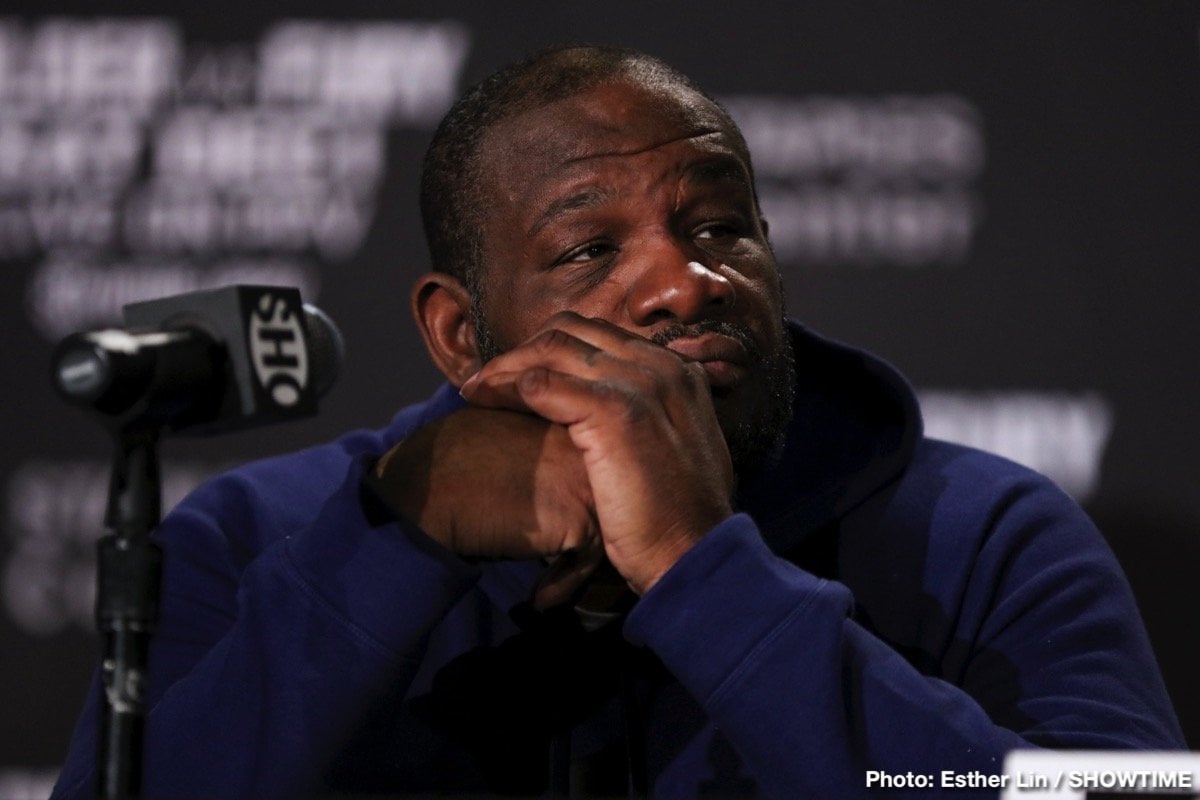 In just a few hours from now we will see a clash of unbeaten heavyweight champions that many said would not actually happen: Deontay Wilder, the WBC king, versus Tyson Fury, the reigning lineal champ. But one fight between two undefeated rival heavyweight rulers that didn’t happen – ever – is one that fans still talk about. And wonder about.

Yesterday, at the official weigh-in for Wilder-Fury, an array of greats and all-time greats took to the stage in Los Angeles. There was Michael Spinks, for some the finest light-heavyweight champion ever. There was Evander Holyfield, for many the finest cruiserweight champion ever. And there was Lennox Lewis, for some one of the top-two or three finest heavyweight champions in history, and Riddick Bowe, the pick many have when it comes to the most naturally gifted of heavyweights, a man who should have achieved way more than he did.

One of the things that is missing off the CV of both Bowe and Lewis is of course that fight against each other. It should have happened, and many were utterly convinced that common sense would prevail and the two would get it on; if not in 1993, then in ’94, or ’95, even in 1996. But no, it never happened. Maybe it’s because of the fact that the two big men never got to settle their considerable differences in the ring (the pro ring, that is, Lewis of course stopped Bowe when they collided during the ’88 Olympics), that there is still some bad blood between the two. The two men prickle equally whenever they find themselves in the presence of one another.

Bowe and Lewis are rarely in the company of each other – not like Bowe and Holyfield, who are friendly and share a mutual respect – but when they are, well, it can get kinda frosty. Both on the stage in L.A ahead of the Wilder-Fury weigh-in, Bowe looked so angry, like he was going to throw a punch at Lewis. The two were asked to pose for photos but Lewis made it clear he would not stand next to Bowe, with some jostling taking place; followed by some intense staring.

Make no mistake, to this day these two do not get along. Nor are they ever likely to.

“Me and Lennox have a policy,” Bowe said to The New York Post. “If he keeps my name out of his mouth, I’ll keep my foot out of his ass! With him being the number-one contender and me being the champion, the money shouldn’t have been an issue (back when the two should have fought). But the money got in the way and he never fought me. He would have got his first loss if he would have fought me. That’s why I think that fight didn’t happen.”

Lewis naturally disagrees. Terms were never reached between the Brit and the Brooklyn man, and it was the fans that suffered as a result. Who would have won if Bowe and Lewis had met? It depends on the year. Lewis was an improving fighter with a good deal to learn in 1993, whereas Bowe was probably at his prime, at least he had not yet eaten himself out of his prime. Fast-forward to 1996, and Bowe was on the decline and Lewis was becoming a complete heavyweight.

All this time later, and fans still get angry when they think of how great this rivalry could have been, should have been. And both retired giants looked angry yesterday; Bowe especially.