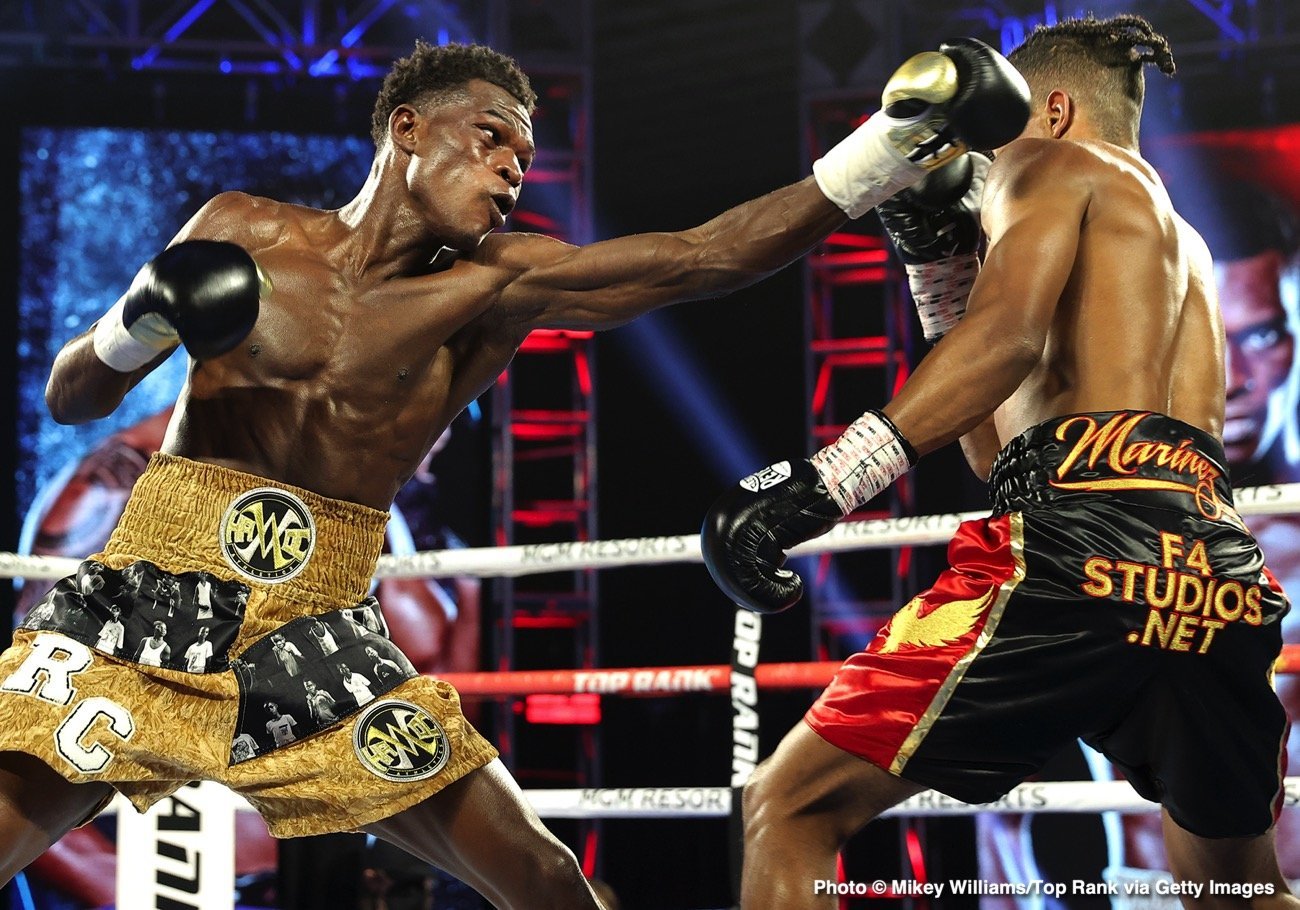 Welcome back, Richard Commey. Fourteen months after losing his IBF lightweight world title to Teofimo Lopez, Commey made an emphatic statement, knocking out

Welcome back, Richard Commey. Fourteen months after losing his IBF lightweight world title to Teofimo Lopez, Commey made an emphatic statement, knocking out Dominican contender Jackson Marinez in the sixth round Saturday evening from the MGM Grand Las Vegas Bubble.

Commey (30-3, 27 KOs) knocked down Marinez (19-2, 7 KOs) twice in the sixth round of a competitive fight that had the judges split at the time of the stoppage. The second knockdown, courtesy of a right hand, prompted Kenny Bayless to call off the fight.

Sitting (and standing) ringside cheering on Commey was Lopez, the undisputed lightweight champion.

Commey said, “When I first started, I started very slow because I’ve been away for more than a year, so I had to take my time a little bit just to get my rhythm. 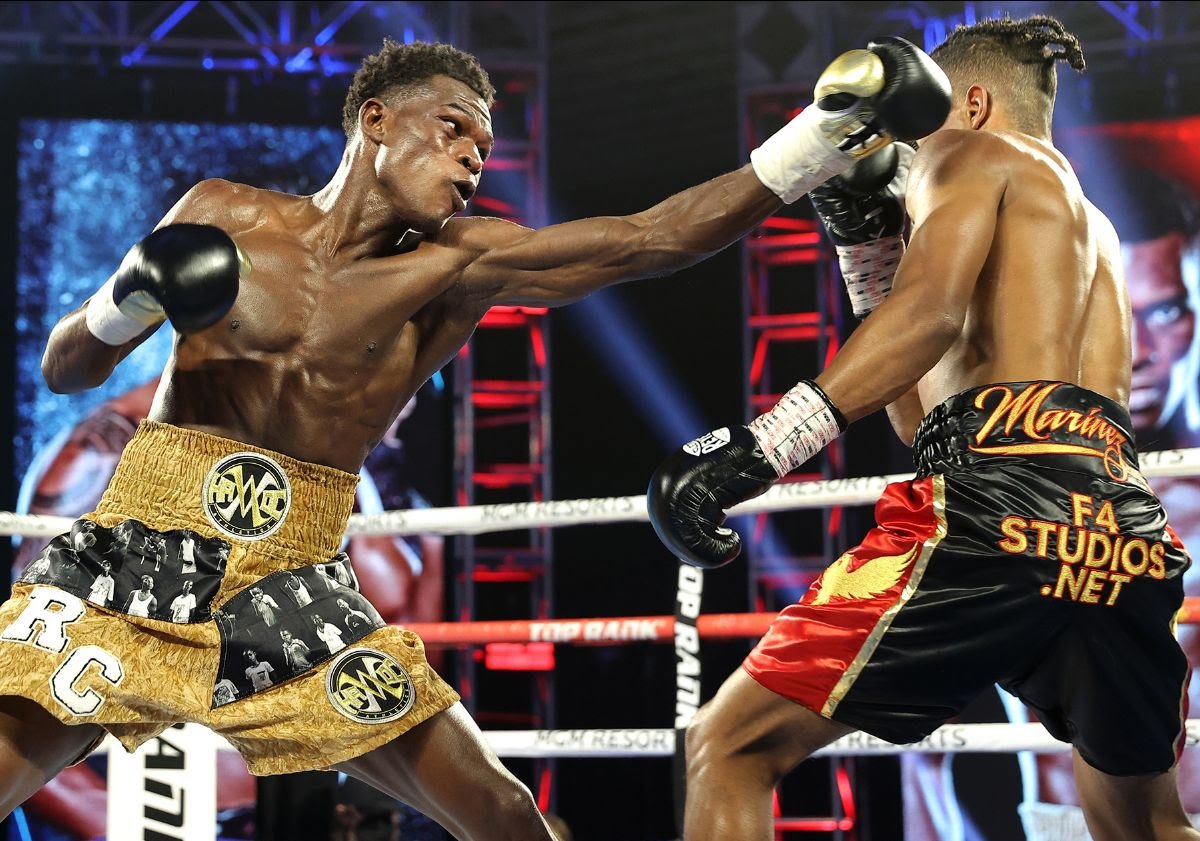 My corner was telling me to do something. They saw that punch that took him down.

“After our fight, I saw {Teofimo} in the lobby and we chatted and hugged. He always liked me, and it’s pure love.

“For him to come down to my corner, it was motivating. It showed tremendous love, and that’s how it’s supposed to be. We gotta love each other, regardless of where you’re from or who you are. I appreciated {his support}.

Adam Lopez is known for his all-action slugfests, but this time, he boxed, moved and ultimately picked up the most significant victory of his career. 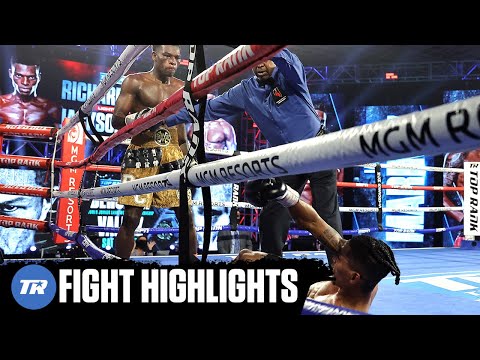 Lopez said, “I was 100 percent confident that I had won the fight. I felt l won most of the rounds. I noticed he tried to get the momentum, and I picked it up and got back to what was working. {Trainer} Buddy {McGirt} had to snap it out of me and get me back to my game plan, and once I did, it was like butter. It was easy. 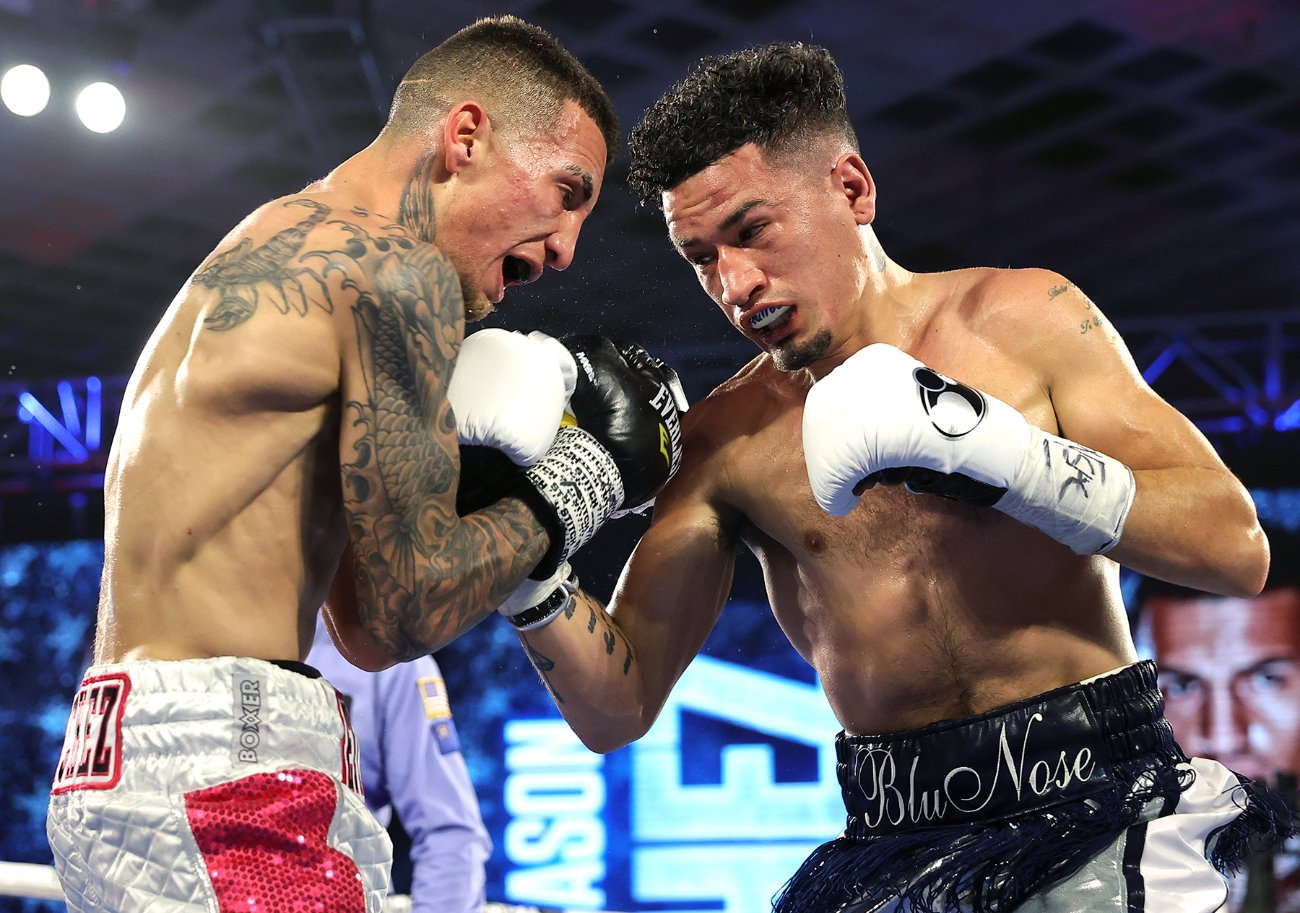 Heavyweight hopeful Jared “The Real Big Baby” Anderson had never been pushed as a professional. Enter Kingsley Ibeh (5-2-1, 4 KOs), the Bubble veteran who had designs of pulling off the upset. But in the sixth and final round, Anderson (8-0, 8 KOs) hit the sweet spot of Ibeh’s chin with a left hook and knocked him out cold.

Prior to the Ibeh bout, Anderson had never been past the fourth round. In round six, he made his statement, loud and clear.

Anderson said, “We worked day and night for this. While they sleep, we’re working.

“We will keep fighting prospects and people who say they can’t be beat. I am here to fight the best. Since everyone wants it, why not give it to them?

“I wanted the Ibeh fight because I saw him push many prospects. The knockout came, and I made a statement.”

Welterweight: Jahi Tucker (3-0, 2 KOs) TKO 2 Eric Rodriguez (1-2, 1 KO), 1:50. Tucker, the 18-year-old prodigy from Long Island, put forth his most devastating performance to date, knocking Rodriguez down for the 10-count with a left hook to the liver.

Isley said, “It felt good to get in there and get it out of the way, get some rust off. Going four rounds lets me know that we rehabbed properly {from shoulder surgery} and did everything we needed to do to get back.”