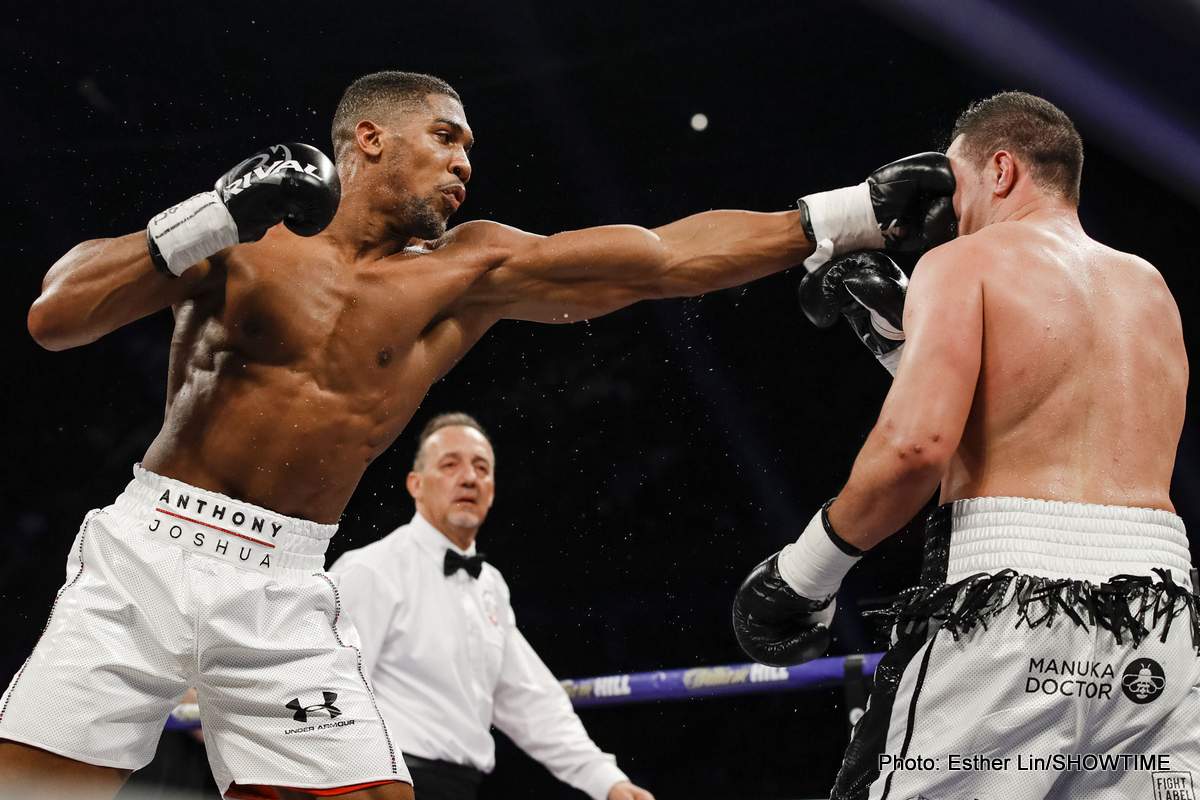 Anthony Joshua wasn’t speculator tonight, but he got the win in defeating Joseph Parker by a 12 round unanimous decision in Cardiff, Wales. Joshua was missing a lot of his power shots, and he was forced to rely on his jab from rounds 8 through 12 to seal the victory.

The fight was close through the first 7 rounds. Joshua adapted his game plan in the 8th and began jabbing frequently. That changed the complexion for the fight, as Parker was getting hit a lot when on the inside.

After the fight, Joshua made it clear that he won’t be coming to the United States to fight any of the American heavyweights over there. This means that a fight between Joshua and Deontay Wilder and Jarrell ‘Big Baby’ Miller won’t be as big, because Joshua is an unknown in the U.S with casual boxing fans. They don’t know who he is, and his decision not to fight in the States means there will be less interest in the fight from Americans. Joshua isn’t hurting for money though, so he can afford to partially cripple his fights with Miller and Wilder.

“No [I won’t be going to America],” Joshua said after the fight to Sky Sports. “UK and British boxing is the best and representing not just this division but we go down to the lower weight and we are representing. All the time people had to go out to America to watch it, they don’t need to anymore. They can come to Cardiff, or Wembley. We will stay here. Remember that I am the unified heavyweight champion of the worlds. That is 21 professional fights with six world title fights in it,” Joshua said.

Joshua sounds like he’s got a bit of a chip on his shoulder when it comes to America, doesn’t he? So what if British boxing fans have had to come to the U.S over the years to see their heroes fight. It wasn’t all the time the way Joshua says it was. It was mostly when guys like Ricky Hatton would come over to fight Floyd Mayweather Jr.

WBC heavyweight champion Deontay Wilder was counting on fighting Joshua once in the U.S and then in the UK for the second fight. That doesn’t look like it’s going to happen though judging by Joshua’s tough stance. But then again, maybe Joshua needs home advantage for him to beat Wilder. You ever thought about that?