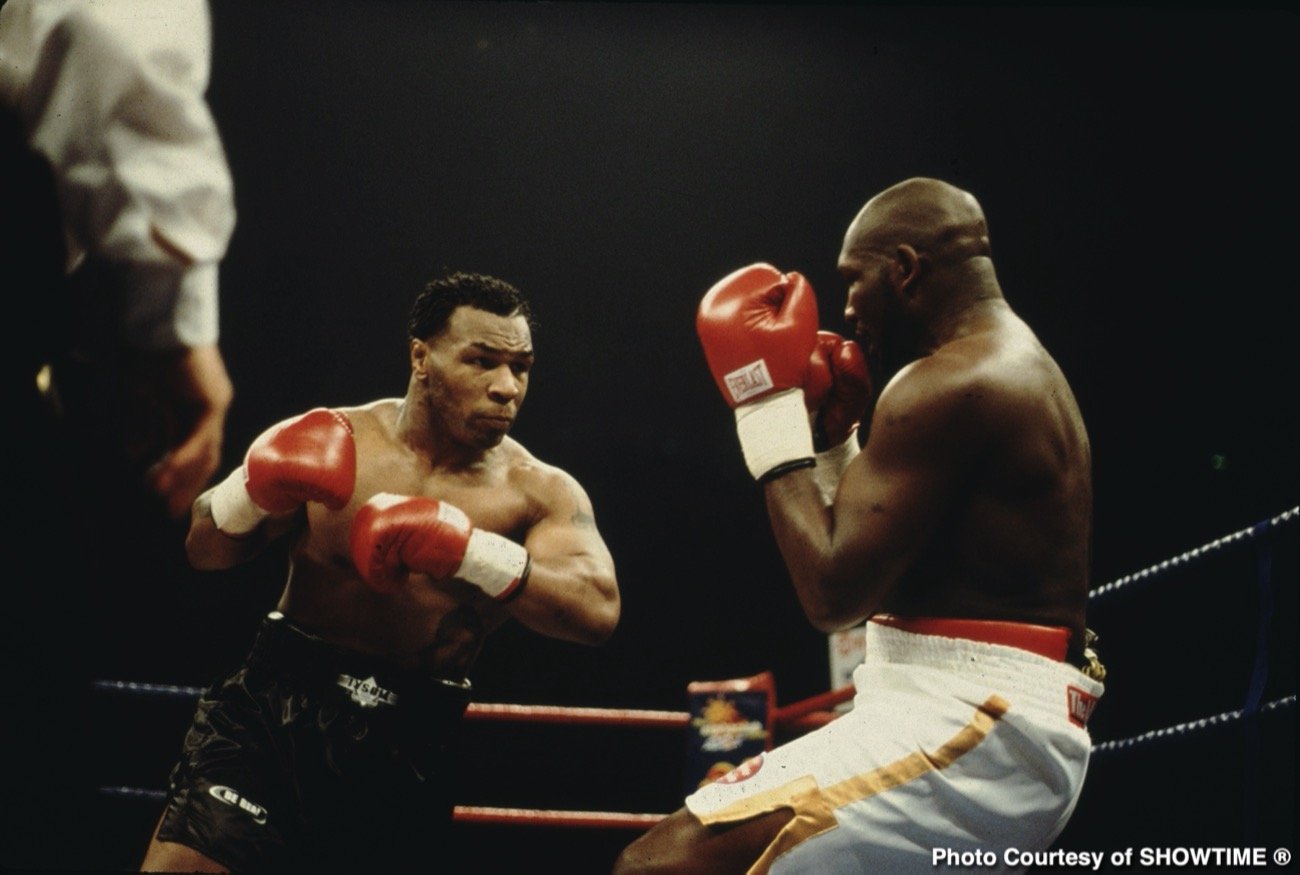 Former heavyweight king Mike Tyson today celebrates his 54th birthday. Incredibly, Tyson might even fight again. Plenty of fans are excited over the incredible physical condition Tyson has whipped himself into, and there may or may not be an exhibition bout or two to come from the man who once looked like an invincible fighting machine.

But to go back to the last time Tyson genuinely looked like an unbeatable fighter, you must rewind to July of 1989, and Tyson’s title defense against the skilled but chinny Carl Williams. It was a routine defense, sure, but the job Tyson did on Williams – who had gone 15 hard rounds with Larry Holmes four years before- might be one of “Iron Mike’s” most underrated performances.

A perfect 36-0 at the time, Tyson had no trouble whatsoever against the 22-2 Williams. Known as “The Truth,” 29-year-old Williams, tall at 6’4” and also athletic and in possession of a good left jab, had previously shown his qualities as a fighter by taking the aging yet still capable Holmes the distance. That close loss was Williams’ first crack at the heavyweight crown, and now, against the feared Tyson, he was a huge underdog in getting his second shot.

The two had sparred a number of years before, with both men having differing takes on how the action, in Catskill, went. Tyson said that he was just a kid at the time and that Williams couldn’t do anything to him. While Williams stated to HBO that he had, after having endured a tough first day with Tyson, “busted him up” during the second day’s sparring. It was an interesting sideline to the fight at the Convention Centre in Atlantic City, but nothing more. To a fan, everyone felt Tyson would easily win.

Williams, though, was a good fighter. Fast, brave, and having that nice jab in his arsenal, he had most everything apart from a reliable chin. Williams had been down some seven times before his date with Tyson, and though he had a reputation for getting back up after being felled, his chin, the experts felt, would not allow him to survive too long against the 23-year-old champ known as “Kid Dynamite.” The experts were proven correct.

Williams, who certainly hadn’t frozen as had so many of Tyson’s opponents, took the fight to the champion, and the action, as brief as it was, was interesting and exciting. Then, dipping inside, Tyson exploded a superb left hook flush on Williams’ suspect jaw.

“Oh, what a left hook!” exclaimed Reg Gutteridge, doing commentary for ITV in the U.K. Williams fell backward to the canvas, struggled to pick himself up as he lay against the ropes, and was then deemed too badly dazed to continue. Williams had beaten the count, but the referee and former fighter Randy Neumann chose to wave the fight off.

“Williams then went into a rage, claiming he had been clear-headed and fine to continue. Replays, though, showed how Williams, when asked if he was okay by Neumann, failed to either raise his hands or reply with anything other than, as Jim Watt said during his co-commentating duties, “a lifeless shrug.”

The time of the KO was just 93-seconds, and once again, it seemed as though Tyson might never lose. Astonishingly, Tyson would lose in his very next fight, when massive outsider Buster Douglas shocked the entire world in Tokyo, Japan. The thought of Tyson ever losing a fight was alien to everyone in the summer of 1989, however. Tyson had peaked, we just didn’t know it yet.