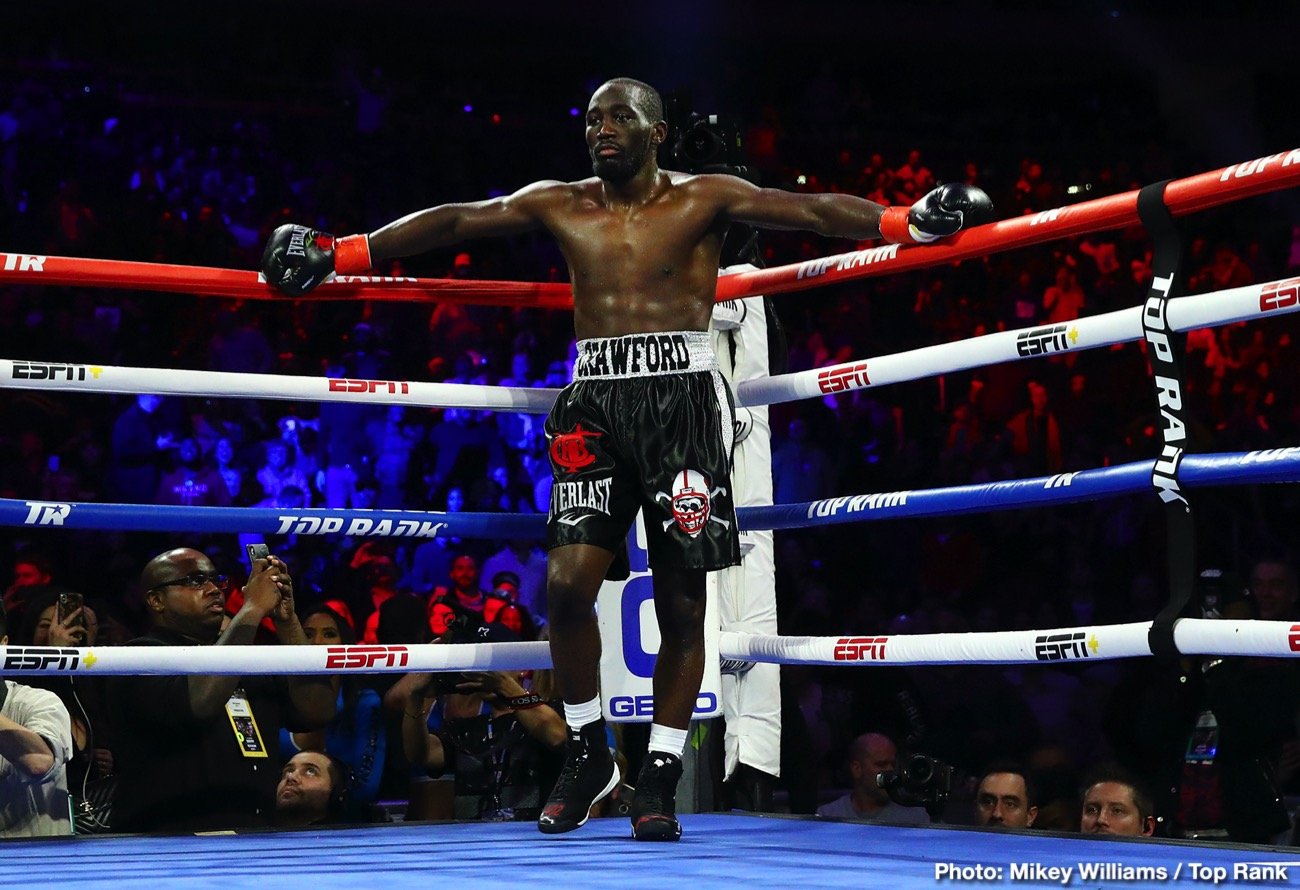 Who will Terence Crawford fight next? When will the unbeaten pound-for-pound fighter box next? Crawford has not fought this year yet and fans are kind of running out of patience. The way Ray Robinson tells it, Crawford is only looking for “easy fights.” Philly’s Robinson, 24-3-2(12) owns an amateur win over Crawford, 36-0(27) and the 34 year old fully believes he would repeat that win should he get Crawford into the ring at pro level.

A few weeks back, Robinson – dubbed “The New Ray Robinson” (talk about setting your sights high!) – called out Crawford, yet the reigning WBO welterweight champion didn’t respond with any positivity; calling Robinson an “attention-seeking ass female.” This has only served to inspire Robinson to continue to call for the fight.

“I’m getting tired of Bud acting like he’s the most avoided fighter in the world,” Robinson told Ringtv.com. “I don’t know why he said that. He complains all the time about guys not wanting to fight him and this and that. Now we’re seeing guys call him out and that’s his response? He’s comfortable sitting behind his unbeaten record and Top Rank paychecks without having to fight fierce competition. That’s why you don’t really see him making an effort to get those big fights he says he really wants. He wants easy fights and I ain’t no easy fight.”

Robinson, last seen boxing a June 2019 draw with Josh Kelly, signed off by telling “puppet master Bob Arum to send the contract.” “Let’s settle this like men in the ring,” he said of Crawford. Again, Crawford has to fight somebody and soon. 33 next month, Crawford has been inactive for eight months, and counting. A number of fighters have called out Crawford and it’s time he took one of them up on the challenge.

Maybe Robinson is a good fight for Crawford to take as he, and we, await the big fight between Crawford and Errol Spence. If that fight ever happens, that is. The way things are going right now, Spence will be back in the ring (in November, against Danny Garcia, this Spence’s first fight back after that nasty car smash) before Crawford fights again.