In sad news that has almost appeared to fly under the radar, it’s been reported how former referee Tony Perez passed away just over a week ago, on December 14th. He was 90 years old. Perez, who was born in Brooklyn, New York in 1921 and grew up in Puerto Rico, was an amateur fighter before he focused on being a judge and then a referee.

Perez was a most capable referee yet controversy did come his way a number of times. In the Ali-Frazier rematch of 1974, Perez famously halted the action in round two, this when Frazier had been hurt and wobbled by Ali. Perez thought he had heard the bell and some critics say his actions might have saved Frazier from a stoppage defeat to Ali.

In the Cooney-Norton fight, which took place in 1981, Perez was criticized for jumping in too late as Cooney blasted away at a defenceless Norton, who was stuck in a semi-crouching position on the ropes. Thankfully Norton was not badly injured. While in the Mercer-Morrison fight of 1991, Perez was again grilled for being too late in rescuing a badly hurt fighter, with an out-of-it Morrison being bludgeoned by Mercer at a time when the fight should have been stopped. 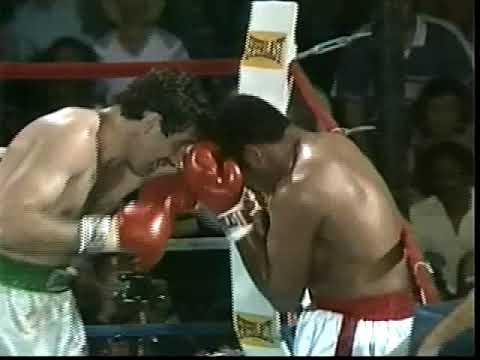 Perez had many good nights, too, and the fights that are highlighted here and the controversial happenings during them go to show how tough a job a boxing referee has. Perez continued to work as a referee until 2005. Perez appeared in a number of boxing documentaries (including the excellent “Assault In The Ring” – which tells the tale of the brutal Luis Resto-Billy Collins fight, where Panama Lewis removed the padding from Resto’s gloves, with Collins taking a savage beating in the fight Perez refereed). Perez’s wife, Barbara, was a noted boxing judge.

Our condolences go out to Tony’s family and friends.