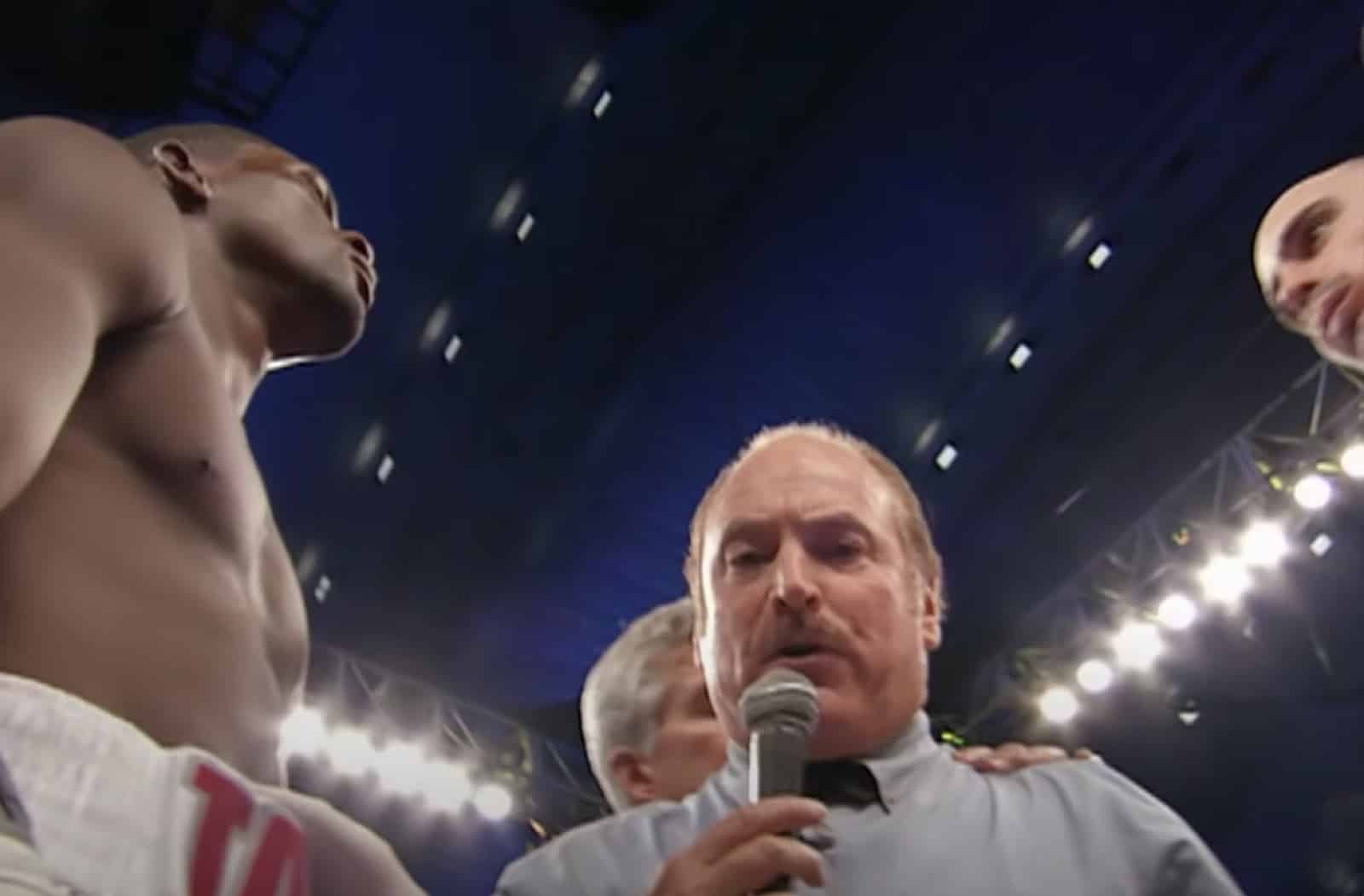 In sad news, it has been reported how boxing referee Steve Smoger has passed away, this at the age of 72. Reports say the Hall of Fame third man passed after a long illness. Our thoughts go out to Steve’s family and friends at this time. Coming as it has just days after the sport of boxing lost another fine referee in Mills Lane, the passing of Smoger will no doubt hit plenty of people plenty hard.

Very much a no-nonsense referee the way Lane was, Smoger was a fan favourite in as much as he would let the action flow, he would not panic and stop a fight too early, yet at the same time, Smoger would dive in and call a fight when the timing was right. Among the big fights Smoger called during his long and illustrious career – Bernard Hopkins-Felix Trinidad, Kelly Pavlik-Jermain Taylor, Roy Jones-Bernard Hopkins, Andre Ward-Carl Froch.

Smoger also worked some kickboxing bouts, along with some women’s fights.

Upon being inducted in the International Boxing Hall of Fame in 2015, Smoger told RingTV.com how he “was very fortunate to have been in the right place at the right time.”

The modest Smoger went on to say, proudly, how he had “never had anything really get out of control” during a fight he was working. No, the fighters had too much respect for Smoger to get out of line.

Steve Smoger was a class act all the way and he will be missed.