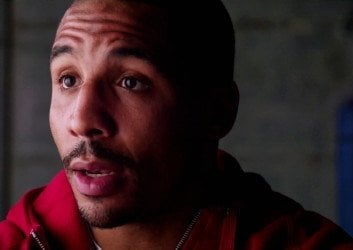 By Emilio Camacho, Esq. First, I offer my apologies to those who requested this prediction sooner. I have been troubled by this competitive fight but have decided to make a bold prediction. If I am wrong, I will definitely
admit it.

Second, I believe both of these fighters are top-notch. Both of them are in their prime, disciplined, proven champions, committed to the sport and are not afraid to face the biggest challenge. As boxing fans, we are lucky because we do not get fights like these very often (did someone say Manny and Floyd?). So, here is how I think the fight will play out.

Round 1 will be slow and both fighters will try to make sense of each other’s rhythm and style. Not much will happen in this round but Ward’s rhythm will simply look better to the judges and he will get this round.

In rounds 2 – 4, we will see Chad Dawson pressing the action and try to use his apparent physical strength to beat Ward. He will attempt to get Ward on the ropes with mild success. Dawson will try to let his hands go but Ward will show us some new defensive skills that he has not shown us in his previous fights. However, these rounds will belong to Dawson given his constant pressure and semi-effective aggressiveness.

In rounds 5 – 9, we will see Ward taking this fight to the next level. He will confuse and frustrate Dawson in a way Dawson he has never experienced before. This is where the outclassing will happen because, at this point, Ward will have analyzed Dawson’s rhythm and felt his power. Ward will visualize the way to solve the puzzle in front of him and will execute his strategy. When Dawson boxes, Ward will be quicker and beat him to the punch. When Dawson fights in a phone-booth style, Ward’s inside punching will be superior and Dawson will realize that Ward is stronger and more skilled than Dawson imagined. Therefore, rounds 5 – 9 will belong to Ward. From here there are two ways this fight can go.

In one scenario, Dawson can further press the action and get tougher. However, this won’t help. At this point, Ward will have figured out Dawson’s timing, rhythm and will lack respect for Dawson’s power (though Ward will not be reckless). Hence, the more Dawson presses, the more Ward will shine by countering and throwing different punches with emphasis on the uppercut. Under this scenario, Dawson could probably win the 10th due to the change in rhythm and pressure, but Ward will win rounds 11 and 12.

In another scenario, Dawson will try to box and throw more combinations. However, this will not help either. At this point, Ward will be quicker and better able to capitalize on clean effective
punches and moving to confuse Dawson. The more Dawson keeps boxing and moving, the better Ward will counter and use the ring more effectively to offset Dawson’s timing and try to land his uppercut. Under this scenario, Ward will also win rounds 10 – 12.

In conclusion, I believe this fight will be a majority decision for Andre Ward. He will win 8 or 9 rounds out of 12 (depending on the scenario described above). In these rounds, he will outclass Dawson and show us something new that we have not seen from him before. As I said before, if I am wrong, I will admit it and follow up with an article about it. You can email your comments to
boxingcamacho@gmail.com