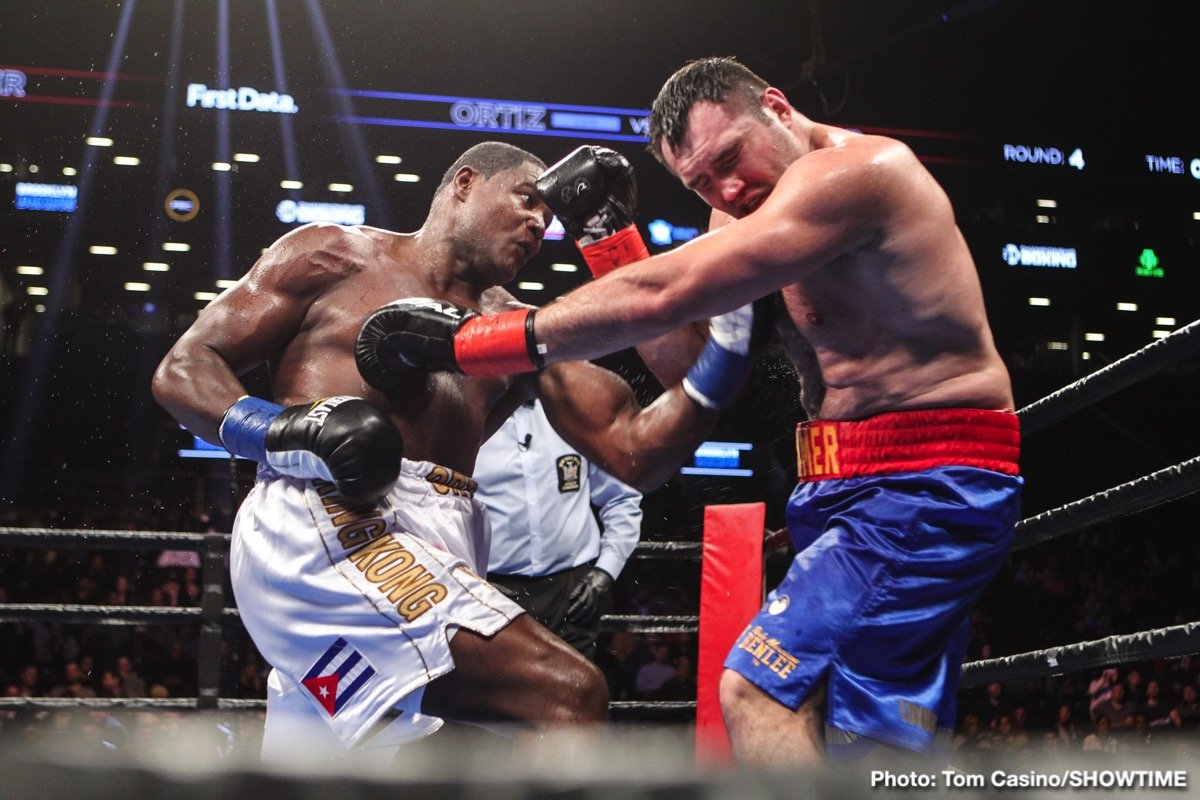 Heavyweight slugger Luis Ortiz (31-1, 26 KOs) earned a unanimous decision victory over a game Christian Hammer (24-6, 14 KOs). Although the judges scored the fight 100-90 and 99-91 twice, both men fought through bloody noses at different points in the fight and both were stunned in a back-and-forth second round.

Ortiz, who earned his third consecutive victory since dropping a thrilling slugfest with WBC Heavyweight Champion Deontay Wilder one year ago, is now looking for another world title shot.

“The fight wasn’t what I was expecting,” said Ortiz. “It was a hard fight and my corner really had to work with me. After I got the rhythm, I heated up a little bit. Every heavyweight out there should know that I still have it at 40-years-old. Anthony Joshua, Deontay Wilder, I’m ready.”

Although Hammer fought with more energy and with more resolve than in previous fights with other top-tier heavyweights Tyson Fury and Alexander Povetkin, Ortiz used his superior technique and skills to eventually cruise to the lopsided decision. Ortiz averaged 45 jabs thrown per round and landed 61 jabs to just 20 for Hammer, while also connecting on 49 percent of his power punches. Ortiz made a conscious effort to attack Hammer’s body with 33.6% of his total connects (45 of 140) coming via body shots.

“I fought a fight that I hadn’t for years, which is box and work,” said Ortiz. “So I’m not disappointed I didn’t knock him out because I showed some of my boxing skills tonight.”

“Ortiz is a very good and experienced fighter,” said the 31-year-old Hammer, who was making his American debut. “He’s technical and smart but he’s not as intimidating as people say he is. I respect Ortiz but I don’t think he’s the best fighter I’ve ever faced.

“I’m very confident going forward. I know that I can go the distance with anyone and I’m willing to fight anyone. People thought I’d get knocked out but I proved them wrong.” 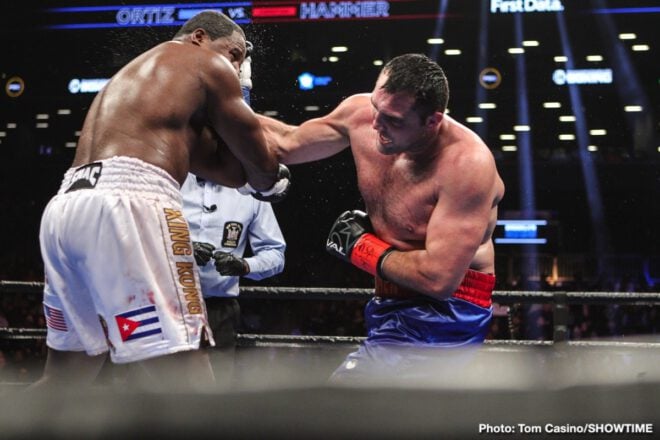 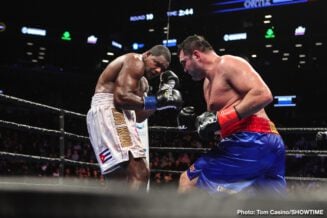 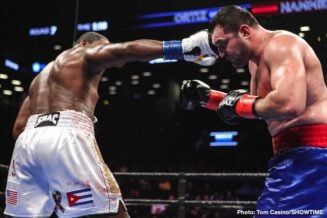 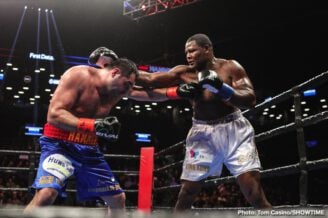 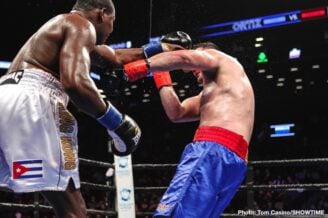 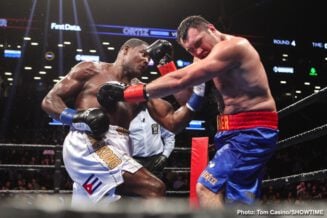 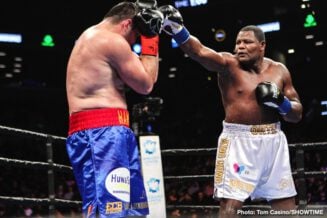 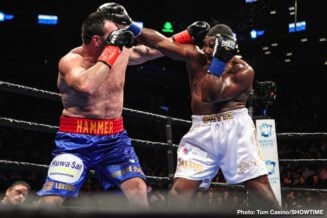 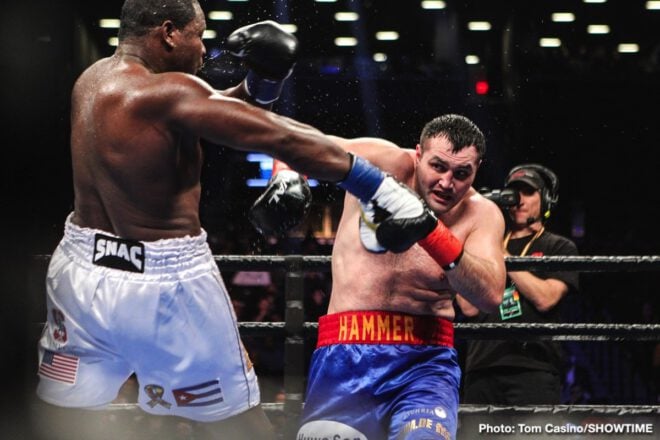 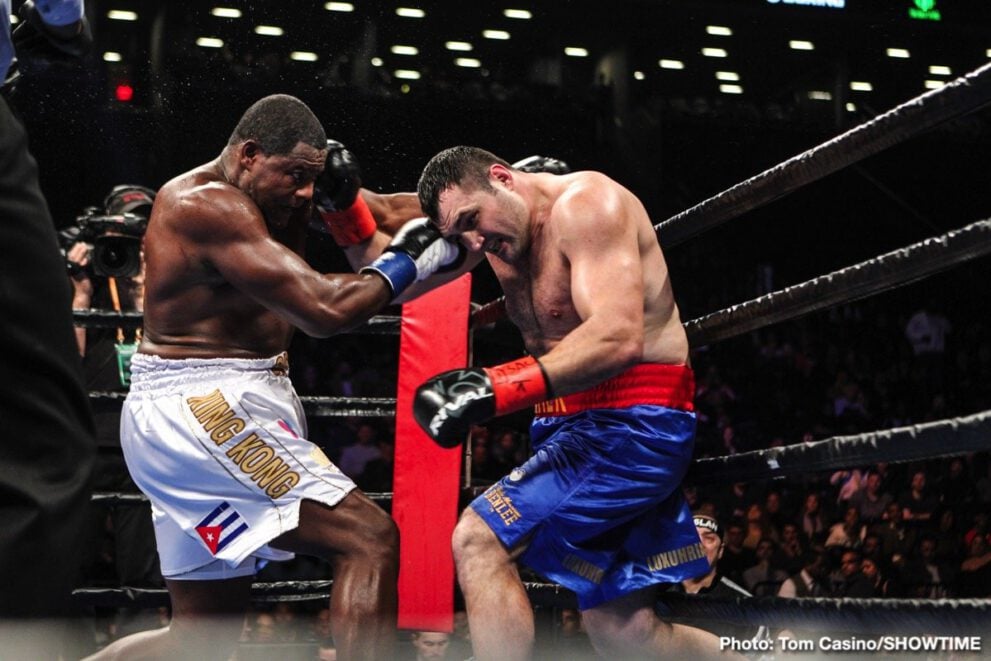 In the telecast opener, Eduardo Ramirez (22-1-3, 9 KOs) caught Bryan De Gracia (24-2-1, 20 KOs) with a vicious right uppercut in the ninth, stunning his opponent and suddenly breaking open a close fight. Ramirez pounced on the dazed De Gracia and unleashed a wave of punches which forced referee Benjy Esteves to call the fight at 2:10 of round nine.

The southpaw Ramirez, of Los Mochis, Sinaloa, Mexico, was trailing on the scorecards at the time of the stoppage according to two out of three judges (the third had it even). Ramirez, known to grow stronger in the later rounds, connected on 36 punches in round number nine, by far his highest connect total on the night. Although De Gracia was the more aggressive fighter, the Panamanian failed to consistently land punches. De Gracia was accurate on just 27 percent of his power punches, while Ramirez landed 38 percent of his.

“I definitely knew it was close but my corner kept telling me to keep going and going, and that’s when I caught him,” said Ramirez, who was fighting with a heavy heart following the passing of his grandfather. “I didn’t just come here to fight. I came here to do something and I did it.”

With the win, Ramirez is now in line to face WBA (Regular) Featherweight World Champion Can Xu and will be looking to challenge for a world title fight in the deep featherweight division. 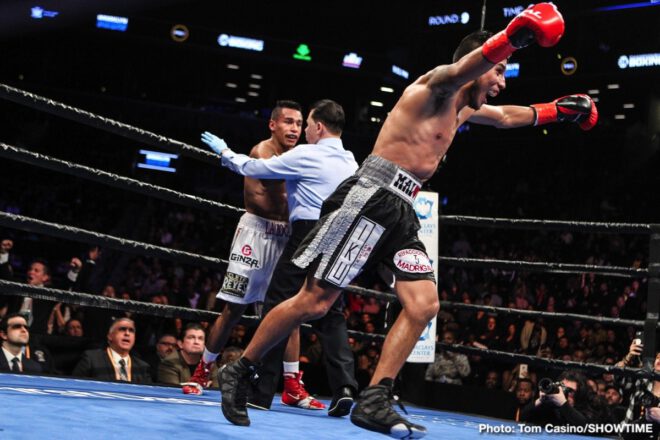 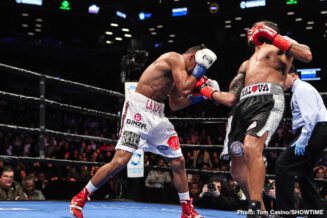 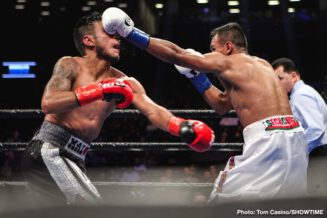 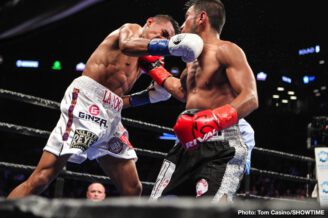 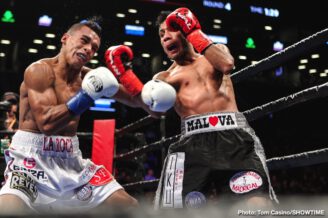 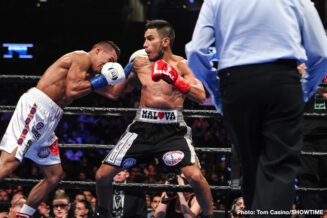 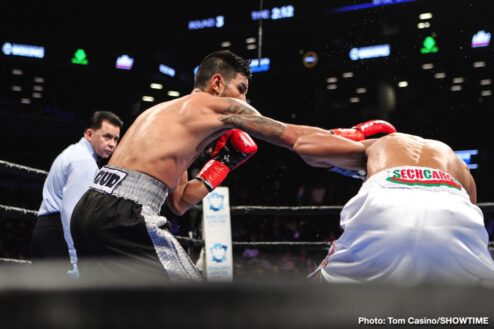 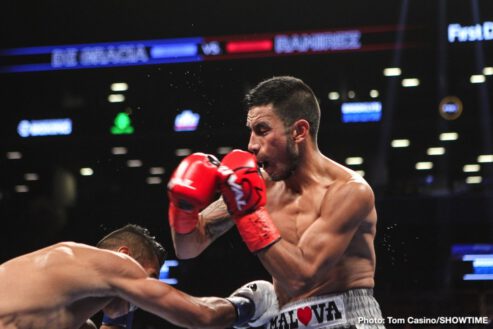