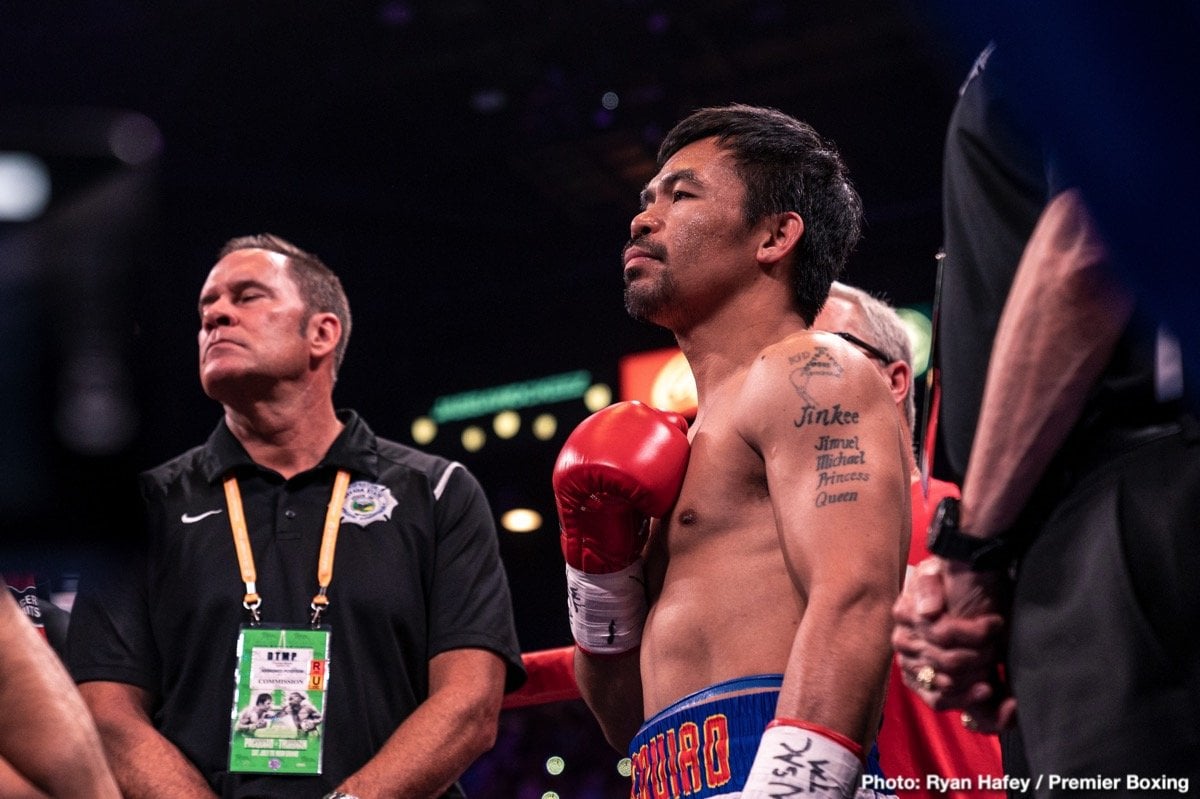 As fight fans know, Manny Pacquiao and Juan Manuel Marquez, who gave us one of the most fierce and entertaining lower weight rivalries in all of boxing history over the course of their four incredible fights, never met for a fifth showdown. Pacquiao wanted it, even reportedly offering Marquez something like $100 million to face him a fifth time (Marquez recently stated that the figure rose to an incredible $150 million), but “Dinamita” would not bite.

The Mexican great said he had landed the perfect punch in sensationally knocking Pacquiao out, and that no sum of money would entice him, make him risk ruining the moment. In time, Pacquiao gave up; fighting other top names instead (and beating them, Pac Man still on top now at age 41, having beaten Keith Thurman in his most recent fight last July). Marquez briefly fought on himself, twice – winning one and losing another – before calling it quits on a great career after a win over Mike Alvarado in 2014.

But what if these two all-time greats had fought a fifth time? Who would have won and how?

There are so many questions here. Would Pacquiao have entered a fifth fight with Marquez being reluctant and gun-shy due to the shotgun blast of a one-punch KO he suffered in fight-four? Did Marquez land a one in a million punch, never to be repeated? Would either man have significantly changed their fighting style and approach in a fifth fight? Would we have perhaps seen the best, most action-packed fight between these two in a fifth fight?

All four fights were superb, boxing at its best encounters, with skill, passion, and power on display through all 42 rounds, and there is nothing to make us think a fifth fight would have been a dull fight. Far from it. Pacquiao did rebound from the shocking sixth-round KO loss, although he did take almost a year off before returning to the ring. But when he did, against Brandon Rios, Pacquiao showed zero ill effects from the most devastating defeat he had ever suffered. Marquez, in his two fights after scoring the KO of The Decade, looked less fresh and zestful in comparison; being beaten by common opponent Tim Bradley and then pounding out a win over the hittable but tough Alvarado.

If Marquez, by this time having turned 40, met Pacquiao again in 2014 or 2015, chances are he would have had a tougher time keeping Father Time at bay than his arch-rival. Maybe, after all the tough fights and grueling training camps, Marquez would have been a faded fighter, whereas Pacquiao, five years younger and still as fast as ever, would have been the same force he was in their fourth fight. Again, who knows?

In the first three fights these two little giants engaged in, neither man was knocked out (although Marquez came close to being stopped in fight-one when he was decked multiple times in that amazing opening round), but then Marquez landed a punch for the ages, THE punch of his career, in one split second in fight-four. It’s doubtful Marquez would have been able to repeat his stunning handiwork in a fifth fight.

Pacquiao via decision in mythical fight-five. Agree or disagree?