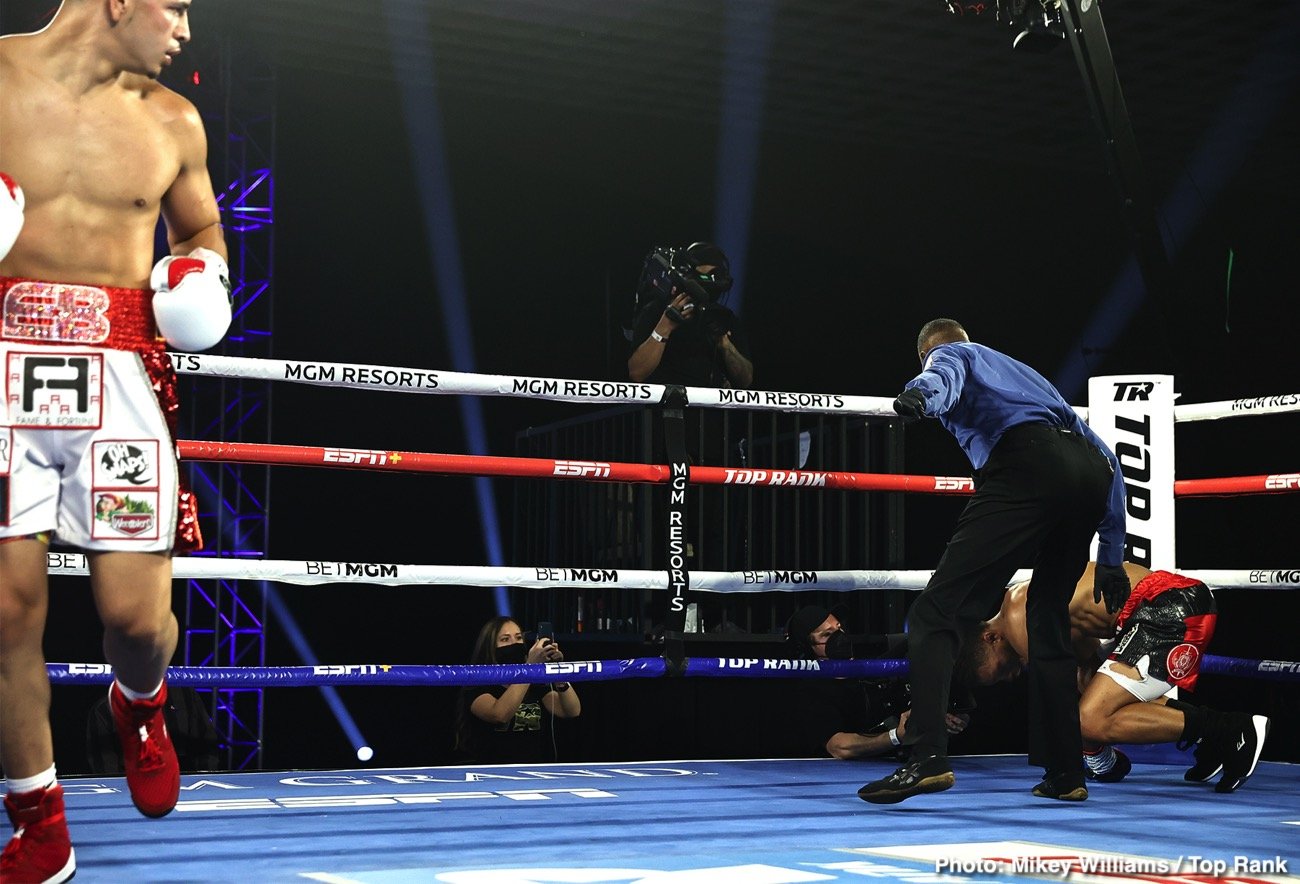 “It was another step-up fight for me. We prepared to go rounds, but I got him hurt and got him out of there,” Berlanga said. “I still have so much room to grow as a fighter. The power is there, but I will show everyone that I am a well-rounded fighter. The knockout streak is cool, but there is more to me than first-round knockouts.”

Oscar Valdez was not interested in a distance fight. The former featherweight world champion, in his second fight as a junior lightweight, knocked out Jayson Velez (29-7-1, 21 KOs) with 37 seconds remaining in the 10th and final round Thursday evening at the MGM Grand Conference Center — Grand Ballroom.

Valdez (28-0, 22 KOs) knocked down Velez in the fifth round and twice more in the 10th before the referee called it off. A former world title challenger, this was the first KO defeat of Velez’s career.

Valdez, the WBC No. 1 contender at 130 pounds, now has his sights set on countryman and longtime champion Miguel Berchelt.

“I was off for 14 months. This was a long time coming. I felt great with my new trainer, Barry Hunter. We’re only getting warmed up,” Dogboe said. “I wanted to show everyone that Isaac Dogboe never went away. I’m still here, and I am only getting better.”

“I knew it would be a hard fight because she’s a good fighter. She had a good amateur background,” Clavel said. “This was my first time here. I had some pressure, but with every round, I felt better and better in the ring with my coach. We won all the rounds. This is what we wanted.

“I would love to stay active and fight again before the end of 2020. I want to be the best in the light flyweight division.”