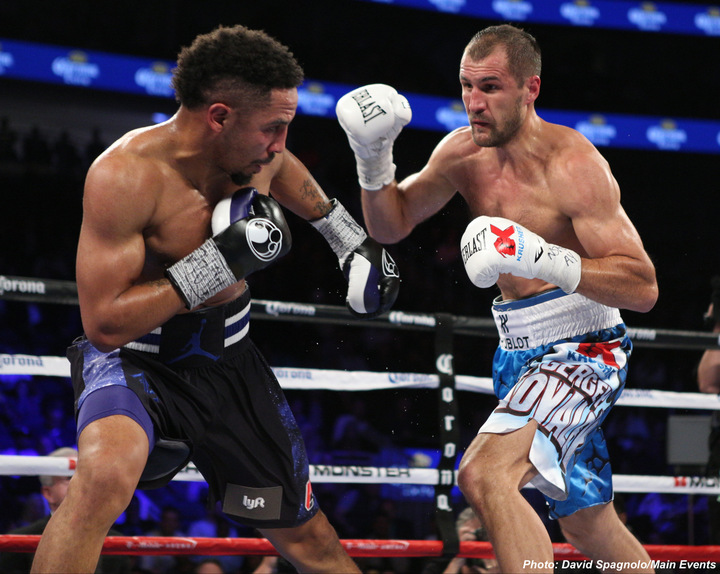 Convention wisdom dictated that Sergey Kovalev vs Andre Ward could only go one of two ways, either a Kovalev KO or a Ward decision. As a nearly 2 to 1 favorite, most people assumed that a Ward decision was the most likely scenario. Early in the fight it looked as if Kovalev was well on his way to the upset, punctuated by a fierce knockdown of Ward in the second round. The tide gradually turned and by the fifth round they were fighting on even terms, with Ward appearing to take the majority of the middle rounds. The championship rounds looked to be split, depending on your preference for Kovalev’s more powerful punches, or Ward’s pinpoint ones.

The long and short of it was, for myself and most observers, it appeared at the end that conventional wisdom had dropped the ball, and between the knockdown, the early rounds he had banked, and a solid finish, Kovalev had done enough to win a close but clear decision. However, when the score cards were read it was 114-113 across the board for Ward. The fighters looked just as shocked as the rest of us. So how did we get this one wrong? Did we really not see what we thought we saw? Let’s explore a few possibilities.

The gift “draw” that Maurice Hooker was given against Darleys Perez in the undercard fight may have raised a few red flags concerning the judging on the night. Paulie Malignaggi was commentating on one of the international broadcasts, and even prior to the scores being read in that debacle, pointed out that it is one thing to beat a favored house fighter, and another thing entirely to have the decision go your way. Despite Perez’s dominant display, and Hooker’s failure to perform on the big stage, the judges still had Hooker’s back.

Teddy Atlas’s mantra is “The judges are either incompetent or corrupt!” Is it very unlikely that the judges in so high profile a match as last night’s mega fight did not know how to score a boxing match, so let’s throw out incompetent right off the bat. I also believe it is unlikely that all three were paid off by the house promoter (in this case Rock Nation Sports) to give Ward the benefit of the doubts in any round that was even remotely close. Although I do not completely discount that possibility, cries of outright corruption seem far-fetched.

Jim Lampley suggested that there may have been some lingering hostility towards Kovalev, a Russian fighter, based on America’s long history of thorny relationships with the former Soviet Union. Perhaps in the end it was something less sinister. Ward was expected to win if the fight went to the cards. The judges knew this as well as anyone. Maybe they were swayed by the weight of expectation, that the master boxer would win all the close rounds over the slugger, and scored it accordingly. The majority of those in the arena were strongly pro Ward, and they cheered his every punch, effective or not. Perhaps the judges gave more weight to Wards (admittedly fewer) landed punches, or they didn’t want to render an unpopular verdict and were swayed by the crowd. Maybe economics was a factor in the back of their minds, knowing that Ward was the house fighter and giving him the benefit of the doubt would lead to the greater likelihood of future house promoter’s requesting their services, as opposed to the judges being “paid off”.

So now many of us are calling for a rematch. Ask yourself this, had Kovalev been awarded the decision that he deserved, would you really want to see this fight again? Much like the unnecessary second (and third) fights between Manny Pacquiao and Tim Bradley, the fight itself did not warrant a rematch. It was simply a matter of setting the record straight. Must we now sit thru a second, and possibly a third fight, both of which promise to be as aesthetically unpleasing as the first, simply because the judges once again got it wrong? Honestly, I would rather not see it.

Last night I found this decision to be so egregious that I swore off boxing forever. But, much like those who swore they would move to Canada if Trump won the presidency, the truth is that I am not going anywhere. I don’t need to see a rematch to know who the real winner was last night, and neither should you. And please don’t swear off boxing or move to Canada (not that there is anything wrong with Canada). The game needs fans like us who are willing to trust our eyes instead of the opinions of three judges who, for whatever reason, got it wrong last night.