By any standards, U.S. Olympian and former unified World heavyweight champion Riddick “Big Daddy” Bowe is inarguably one of the all-time greatest boxers, amateur and professional.

“I wanted to do everything Muhammad Ali did,” Bowe explained why he got into boxing. “He was my idol. I wanted to join the Marines, but I fell in love with boxing and stayed with it. I forgot about the Marines.”

Bowe developed his craft and became an outstanding boxer, compiling a 104-18 amateur record, highlighted by his controversial silver-medal winning performance at the 1988 Olympic Games in Seoul, South Korea.

A four-time New York Golden Gloves champion, Bowe also captured top honors at the 1986 Junior World Championships, along with a bronze medal at the 1987 Pan American Games, despite fighting in his final match with a fractured hand he hid from his coaches.

Bowe had a rivalry with Robert Salters, with whom he split four matches, but he defeated Salters, 3-2, in the U.S. Box-Offs to qualify for the 1988 USA Boxing Olympic Team. His Olympic teammates included Roy Jones, Jr., Ray Mercer, Kennedy McKinney and Andrew Maynard.

Controversary surrounded his Olympic championship fight against future World heavyweight champion, Canadian super heavyweight Lennox Lewis, who returned home with the Olympic gold medal. During his fight with Lewis, Bowe was deducted a point for a “ghost” head butt that never happened, and the referee gave Bowe a pair of disputed standing-eight counts, the last of which resulted in the stoppage of the fight in Lewis’ favor.

“That fight never should have been stopped,” Bowe commented. “I’m still happy about winning a silver medal. I still have it. And then I turned pro. My mother had 13 kids and I wanted to make my mother happy. I wanted to buy her a house. That’s what inspired me to box.”

“Bowe’s success as an amateur and professional has made him a household name amongst USA Boxing Alumni,” said Chris Cugliari, USA Boxing Alumni Association Director. “His combination of power and skill, along with his legendary battles with other USA Boxing Alumni at the pro ranks, establishes him as one of the greatest fighters that USA Boxing has ever produced.”

“I’m very happy with my pro career,” Bowe added. “I beat Holyfield two times and I think it should have been three. I’m not a sore loser, but I was the World heavyweight champion. How did he win that fight? The challenger needs to take the belt from the champion, and he didn’t do that. I thought I won by a point, at worst, maybe it should have been a draw, but I shouldn’t have lost the fight. I did become the first to ever knockout Holyfield. My pro career wasn’t too bad. I kept working hard and became two-time World heavyweight champion.”

Now 51 and living in Maryland, Bowe has some advice for the American boxers trying to qualify for the 2020 Team USA Boxing Olympic Team.

Riddick “Big Daddy” Bowe, who was inducted into the International Boxing Hall of Fame in 2015, left his mark in amateur and pro boxing. Nobody can ever take that away from the big guy from Brownsville. 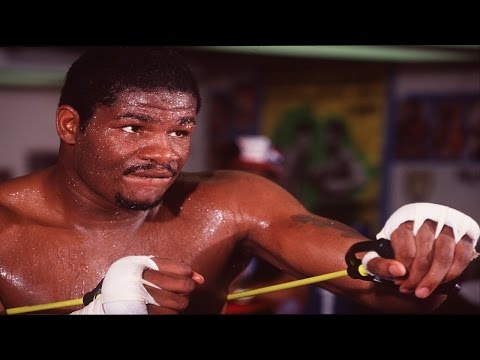 Created to champion lifelong, mutually beneficial relationships between USA Boxing and its alumni, –boxers, officials, coaches and boxing fans — The Alumni Association connects generations of champions, inspiring and giving back to USA Boxing’s future boxing champions, in and out of the ring.