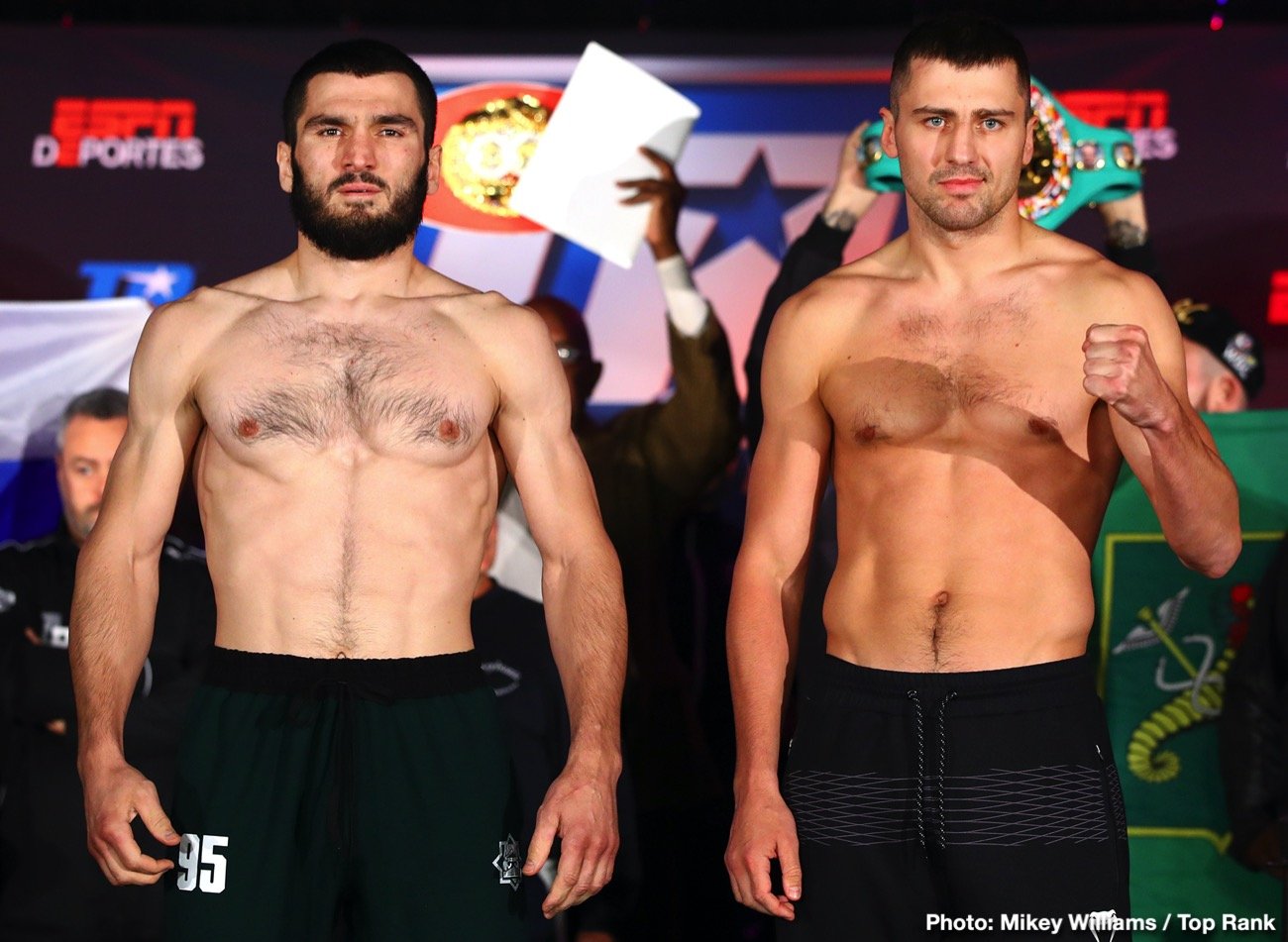 Beterbiev-Gvozdyk will be taking place at the Liacouras Center, in Philadelphia. The fight card starts at 10 p.m. ET on ESPN and ESPN Deportes.

This fight is seen as an even contest in the eyes off the bettors. We’ll have to see if that’s the case. Gvozdyk is more of a boxer, who likes to move a lot out of necessity. He doesn’t possess the greatest chin, and he’s already been hurt a number of times by non-punchers during his short pro career. There’s very little chance that Gvozdyk will stand and slug with Beterbiev for any length of time on Friday. Most likely, Gvozdyk will periodically unload with small flurries of shots when Beterbiev least suspects it in order to surprise him.

That’s what Gvozdyk did successfully in his win over Adonis Stevenson last December, and it worked. Of course, that was against an older 41-year-old Stevenson. Had Gvozdyk fought the way he did against Stevenson when he was younger, he probably would have lost badly. Stevenson looked like the better fighter than Gvozdyk even at 41 until the 11th. That’s when age caught up to Stevenson, as Gvozdyk knocked him out.

After the fight, Stevenson was rushed to a local hospital for emergency surgery. Although he survived, his career ended. Gvozdyk can’t engage sparingly with Beterbiev the way he did against Stevenson, because he’ll lose badly. Gvozdyk has got to be willing to put on the line tomorrow night, because he won’t be able to surprise Beterbiev with his sudden spurts.

Gvozdyk and Beterbiev are both Olympians from Eastern Europe. Neither of them won gold medals, but Beterbiev looked like the more solid of the two. He was arguably robbed twice in the Olympics starting with his 2008 match against Zhang Xiaoping [China]. The fight took place in Beijing, China. Xiaoping won by the score 8-2. However, a lot of boxing fans thought Beterbiev deserved the victory, and some of them felt that the Chinese boxer won due to the Olympics taking place in China that yet.

In 2012, Beterbiev again found himself on the receiving end of a questionable decision in his match against the charismatic Oleksandr Usyk. Although Beterbiev landed by far the better shots, the judges gave it to Usyk by a 17-13 score. One can make a strong argument that Beterbiev should be a two-time Olympic gold medalist.  Beterbiev has had bad luck when it comes to scoring in the amateur ranks.

The winner of Beterbiev vs. Gvozdyk could soon be fighting one of the other light heavyweight champions in the division. WBA belt holder Dmitry Bivol or possibly WBO champion Sergey Kovalev, if he holds onto his title in his next defense against Saul Canelo Alvarez. If Canelo wins that fight, he’ll likely give up rather than take on the winner of Beterbiev vs. Gvozdyk.

Weights for the card

Promoted by Top Rank, in association with Peltz Boxing, tickets priced at $150, $90, $75 and $50 (not including applicable fees) can be purchased at the Liacouras Center Box Office, www.liacourascenter.com or charge by phone at 800-298-4200.

Internationally, outside the US and Canada, Gvozdyk-Beterbiev is
available on FITE, the number one combat sports digital platform. For
more information go to www.FITE.tv. 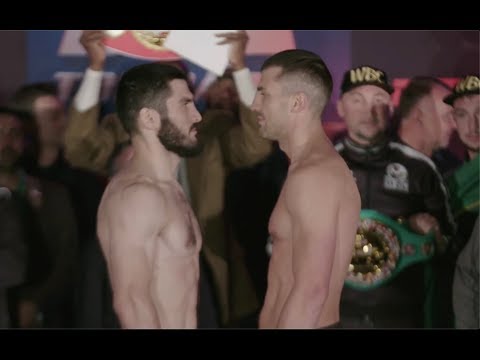