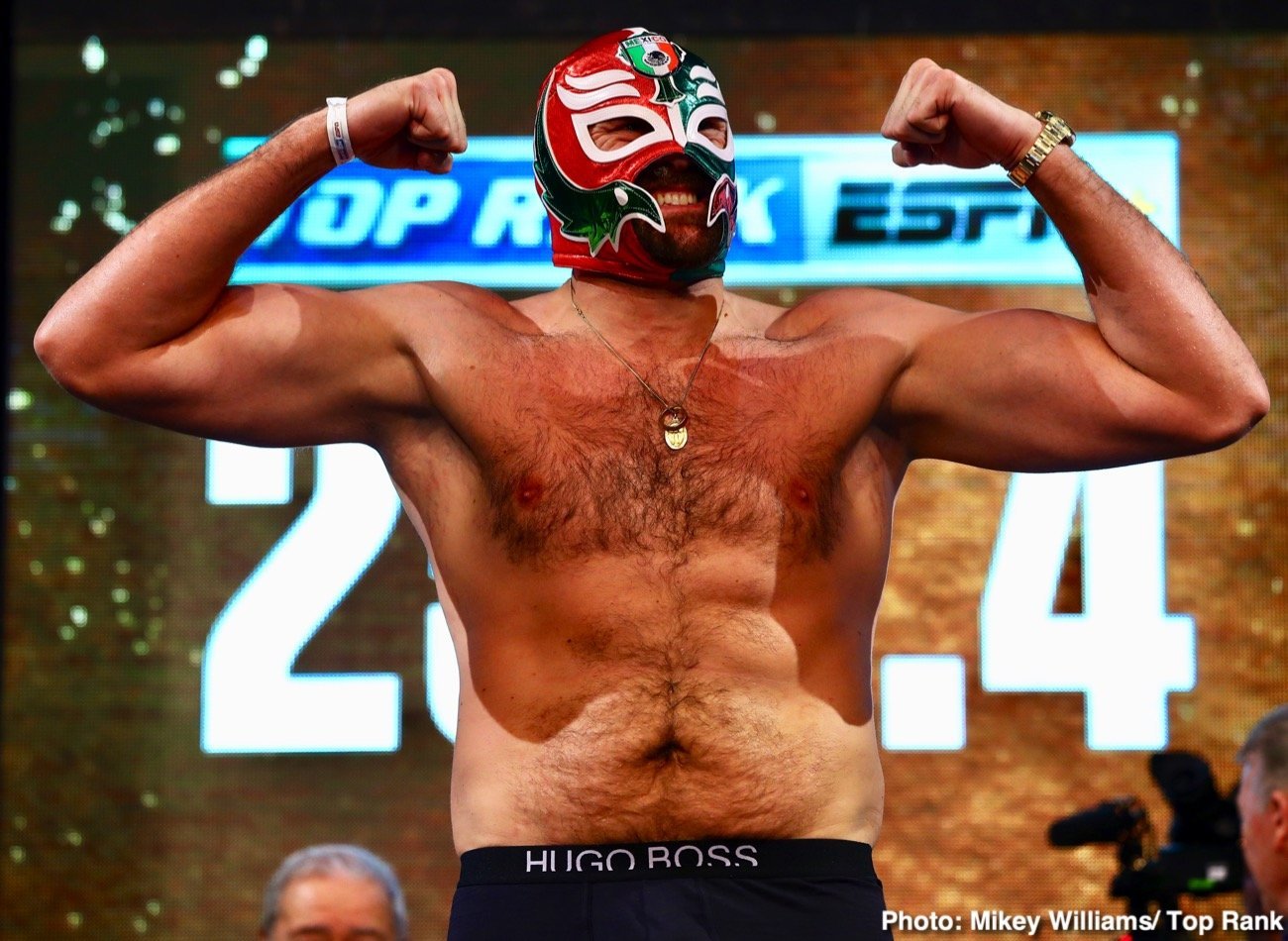 There was a big presser today in Las Vegas, during which it was confirmed how heavyweight star and prould claimant of the lineal crown Tyson Fury will have his WWE debut on October 31st, against the huge Braun Strowman – in Saudi Arabia. In the co-feature, Brock Lesnar and Cain Velasquez will clash in a rematch of a UFC fight.

Fury, who has these past few days been enjoying himself in the theatrical world of wrestling, boosting his profile in the U.S being given as the main reason for his participation, will earn a huge pile of money for squaring off with Strowman, a man who is even bigger and almost as tall as he is at 6’8” and approx 380 pounds. And while WWE is staged, there is the chance Fury could suffer some type of injury while he is in the ring with the giant, and some are concerened this could put the big February rematch with Deontay Wilder in jeopardy. Fury of course was badly cut – as in very badly cut – in his harder than expected win over Otto Wallin a few weeks back.

Who knows what we can expect to see on Halloween night in Saudia Arabia (Saudi Arabia looking forward to another, bigger and realer night of combat sports on December 7th, with Andy Ruiz and Anthony Joshua meeting in their massive rematch). It could all be a bit of fun, or maybe Fury, who we all know can be a hot-head, will fail to read the script and go after Strowman for real!

We have of course seen other big-name boxers take part in a wrestling match of some kind before now – The Greatest, Muhammad Ali, even had his “tacky” side, facing huge Japanese wrestler Antonio Inoki in 1976 – and some fans have enjoyed the spectacle. Interestingly, as prearranged as Ali Vs. Inoki was, Ali wound up suffering a very real injury in the bout: that of blood clots in his lower legs caused by Inoki’s kicks.

Let’s hope Fury doesn’t get banged up or damaged in some way. Hey, us real fight fans want to see that unfinished business return with Wilder, after all.